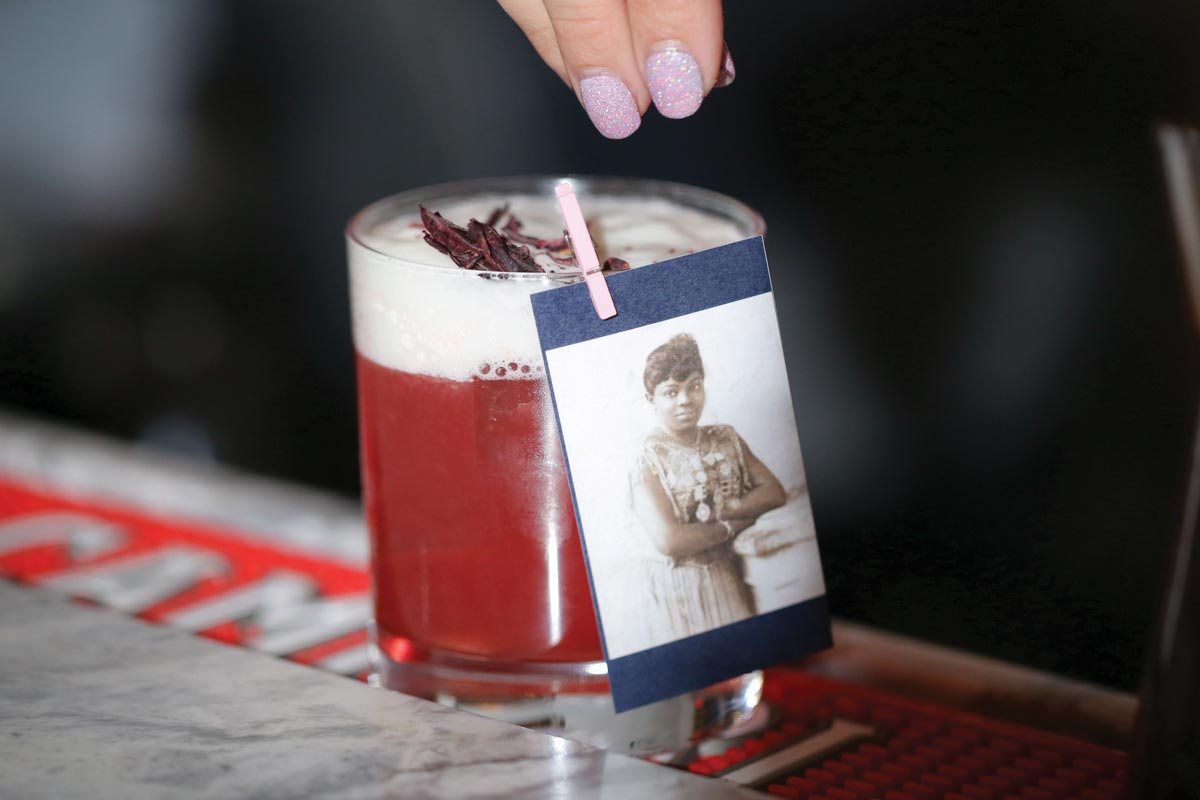 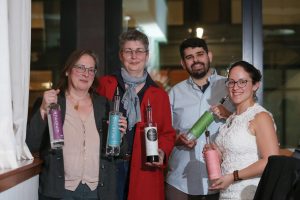 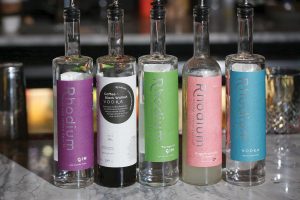 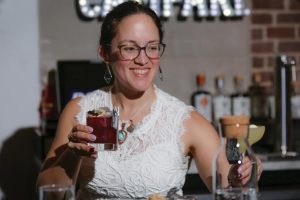 Christina Mercado, Proprietor, ShakeStirPour, LLC, with one of her cocktail creations, the Learn & Teach cocktail, inspired by women who led education efforts in Rhode Island. 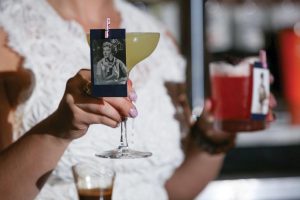 The Make History cocktail, created by Mercado and inspired by Katherine Urquhart Warren, Co-founder and first President of the Preservation Society of Newport. 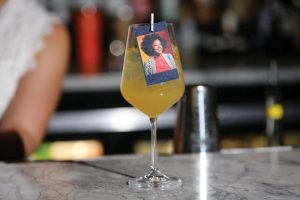 The Create Art cocktail, inspired by actress and producer Viola Davis, the first actress to achieve the Triple Crown of Acting and twice named one of the 100 most influential people in the world. 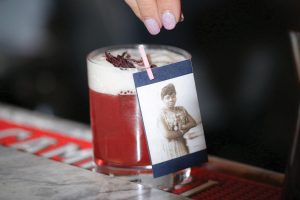 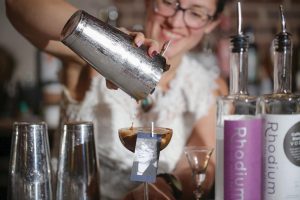 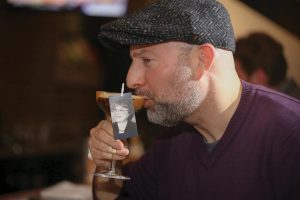 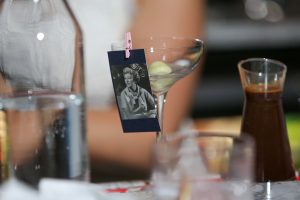