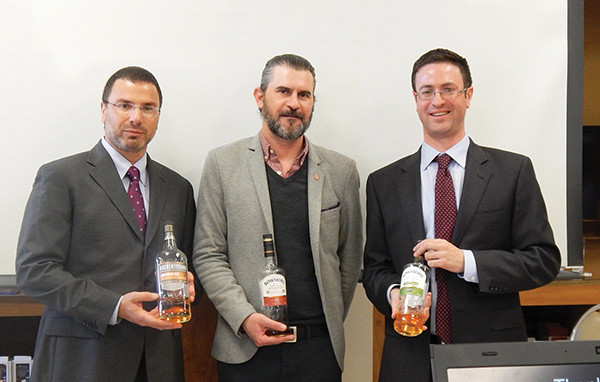 Philip Pepperdine, East Coast Single Malt Scotch Ambassador for Beam Suntory visited the Hartley & Parker sales force on May 8, 2015 for training and education on Auchentoshan and Bowmore Single Malt Scotches. Auchentoshan is one of two active Lowland Single Malt Scotch Distilleries and the only scotch distillery that triple-distills its whisky. Bowmore was the first distillery on the island of Islay, producing whisky since 1779. Bowmore is known for being the “most perfectly balanced” of all the Islay Single Malts, with a more moderate, yet powerful, peated flavor. 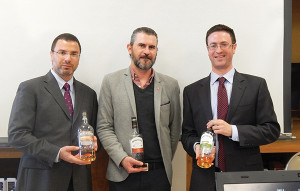 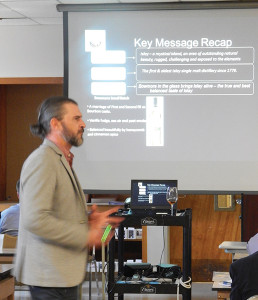