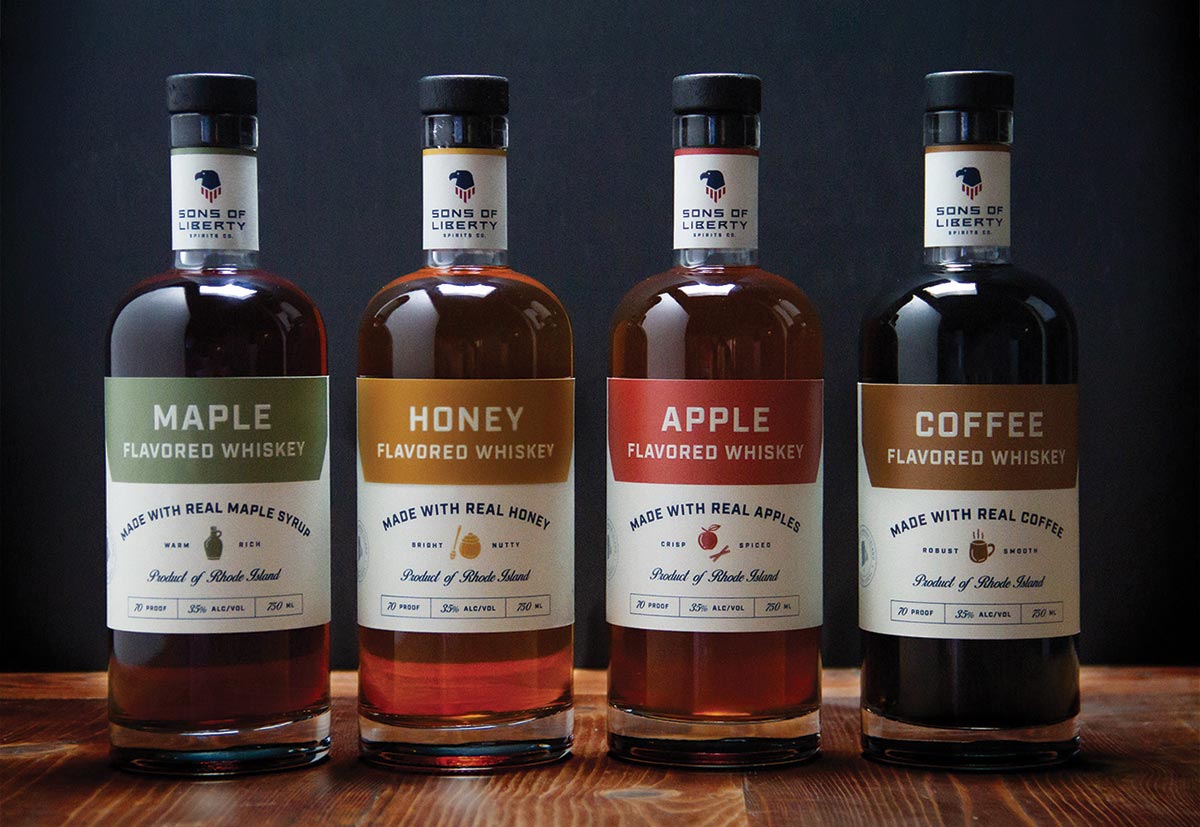 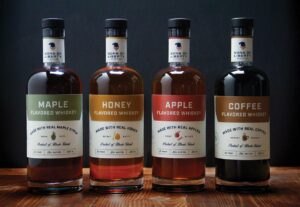 South Kingstown’s Sons of Liberty Spirits Co. released a new line of flavored whiskeys, now available via Mancini Beverage – Rhode Island Distributing division. The four year-round flavors are Maple, Honey, Apple and Coffee, each a 70-proof offering, sold in 750-ml bottles. The line release comes on the heels of Sons of Liberty’s recent brand refresh after nearly 11 years in business. “We’re really excited with how these turned out,” said Sons of Liberty’s President and Founder Mike Reppucci. “You don’t feel like your teeth are coated in sugar after enjoying them.” Ready to be enjoyed in many ways, Sons of Liberty uses real ingredients to flavor its whiskeys with no chemicals or flavor substitutes. “They’re very versatile whiskeys,” said Rachael Soderberg, Product Development Team. “Delicious on their own or with an ice cube since they aren’t overly sweet, but also excellent in fun cocktails since the whiskey itself can hold its own.” Sons of Liberty has produced various award-winning flavored whiskeys dating back to 2012. Its most notable awards include World’s Best Flavored Whiskey and Best Flavored Whiskey in North America, both awarded by Whisky Magazine’s World Whiskies Awards, and a handful of gold medals from prestigious competitions.