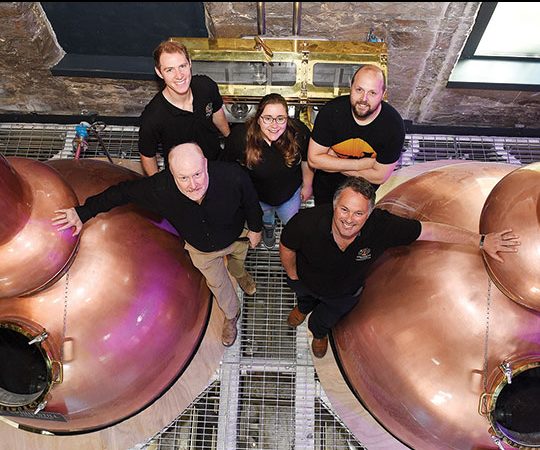 When a city like Edinburgh, once a center of whiskey-making, gets its first distillery in 100 years, you’d think it would make some noise across the pond. But like with the opening and restoring of other distilleries in Scotland in the past few years, the news of Holyrood Distillery goes mostly unnoticed.

Meanwhile there is a host of new malt facilities blooming in Scotland, which now boasts about 120 distilleries in operation. Some, like the expanded and recreated Macallan, are well-known, while others­­—the ninth malt distillery on Islay, called Ardnahoe, Ardgowan in Inverness, Lagg on Arran—are among many which have opened in the past few years without the American market noticing, probably because it will be some time for the whiskies to make it here.

Still, the growth and innovation that has typified American whiskey lately has been making headway in Scotland. Established brands are taking the lead, in fact, with their own tweaks and twists. 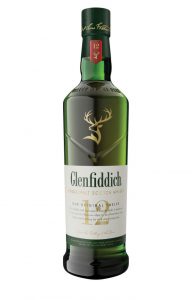 The redesign of Glenfiddich’s core line includes a “V” cut into the bottle face—Glenfiddich means “The Valley of The Deer”—and the stag symbol, embossed in gold, sits within the V.

Take the malt category leader, Glenlivet: in 2019 they rolled out a redesign of the core range; launched what they say is the first malt finished in Cognac casks (The Glenlivet 14 Year Old); and released another edition in their “mystery” series, Enigma, which challenges consumers to guess the make-up.

“The packaging on the 14 includes bright purple to cue shelf impact,” says Shefali Murdia, the brand’s director of engagement. “We wanted to make the category more approachable.”

Glenfiddich, too, has been toying with the basics—in the last few years they offered the Experimental Series expressions IPA Cask Finish; Winter Storm (finished in Canadian Icewine casks) and Fire & Cane (peated and finished in rum casks). Their most recent release is Glenfiddich Grand Cru, a 23 Year Old finished in French oak pre-sparkling-wine casks.

The Limited Editions have done well for Glenfiddich. “Consumers are always exploring for new and interesting whiskies, and limited editions allow us to fulfill that need and also allow our malt master [Brian Kinsman] to push the boundaries of the highly regulated single malt Scotch whisky category and challenge some of the conventions of that category,” says Brand Director Michael Giardina.

Owner William Grant & Sons has also created new expressions for The Balvenie—most recently the trio released earlier this year as “The Balvenie Stories”, comprising The Sweet Toast of American Oak, 12 years old aged in twice charred American oak; The Week of Peat, 14 years old, an evolution of The Balvenie Peat Week; and A Day of Dark Barley,  26 years made with a heavily roasted barley.

One of the old “new” distilleries, Bladnoch, was licensed in 1817 but resumed production in 2015.

New Kids on the Block

One of the oldest “new” distilleries in the Lowlands, Bladnoch, was first licensed in 1817 but only resumed production in 2015 after being bought by an Australian businessman. The brand had a barrier to climb that most new imports eventually face: the 50-state, three-tier system, says Head of Commercial for Bladnoch, Will Pitchforth.

“We’re in an unusual position compared to other Scotch distilleries in that Bladnoch has 200 years of history, but in many senses it really is a brand new brand. With previously low exports, to most consumers and a vast majority of whiskey stores it’s a novel brand with 200 years of history but not 200 years of sales history,” he says.

Others have faced similar issues. When Kilchoman opened in 2005, it was the first new distillery on Islay in 124 years, the first total farm-to-bottle operation—growing, malting, fermenting and distilling all in one location. Sam Filmus, President of importer ImpEx, says that self-sufficiency, plus the long fermentation and distillation times, have helped Kilchoman win fans.

Kilchoman opened in 2005; it was not only the first new distillery on Islay in 124 years, but also the first farm-to-bottle operation.

He credits the boom in Islay as well: “In the old days people didn’t like peaty, medicinal brands, but the growth of Laphroaig and Lagavulin has helped bring in younger consumers,” as has the growth in non-age-statements, which Kilchoman has always employed.

Also receiving greater attention lately in this market are the three brands purchased in 2016 by Brown-Forman: GlenDronach, BenRiach and Glenglassaugh. They have been gaining momentum, growing distribution and awareness, says Brand Manager Diana Brey.

“As the interest level in all types of whiskey continues to increase, single malt Scotch whisky is benefiting from the overall category popularity,” she says. GlenDronach has long had a reputation among whisky lovers, but it’s BenRiach, with its peated and non-peated ranges, a collection of barrel finishes as well as a limited release triple distilled variant, where new ideas are emerging.

New ideas are what Holyrood is about, says owner Rob Carpenter: “We intend to be quite experimental,” he asserts. “You need to stand out in the market. We want to use different kilning approaches—using chocolate, crystal and caramel malts and playing with yeast and casks and other things. We’re really intrigued by that.” 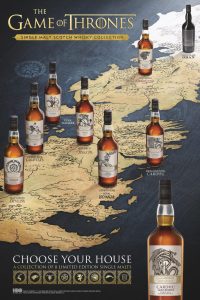 For other smaller brands, like Glencadam, building awareness with consumers and retailers remains key, says Iain Forteath, Global Brand Ambassador for Angus Dundee Distillers. “Due to the size of production at Glencadam we are never going to have a profile akin to the ‘big brands’ but we get a good reputation amongst the more niche brands.

The whisky boom has helped us as the consumer preferences are now changing to seek out new and exciting whiskies that they haven’t heard of, and Glencadam is a great example of a whisky that offers a different flavor profile [compared] to some of the whiskies that buyers are used to.”

The brand’s profile—small scale, old school style of eastern Highlands whisky—is said to be crisp and fruit forward, but the distillery has recently started experimenting with a variety of casks types. So even small and traditional operations believe the future is in variation.

Putting Magic In the Bottle

Scotland has earned a reputation as the elder statesman of the whiskey realm, but even the biggest brands are countering the expectation of conservative marketing. The Game of Thrones Single Malts Scotch Whisky Collection, released in 2018, was the most successful innovation to date in Diageo single malt history. The series delivered the good stuff to two enthusiastic fan bases—pairing eight Houses of Westeros to eight distilleries in Scotland—each representative of local terroir. .

Now, Diageo is hoping to catch a similar wave of interest for Mortlach, according to Senior Brand Manager Jamie Young, who calls Mortlach “the best-kept secret in Scotch.” Mortlach’s three expressions—12YO Wee Witchie, 16YO Distiller’s Dram and 20YO Cowie’s Blue Seal—gain robust and meaty flavors (unlike most Speysides) through a “fiendishly complex” process created by doctor-turned-distiller Alexander Cowie. “Mortlach uses a distilling process called ‘The Way,’ which has remained unchanged since it was first developed in the late 19th century,” says Young. “The stills produce a peculiar hum as they work, earning them the nickname ‘the singing stills.’ This unique and complex distilling process reveals the primal and elemental character of the Scottish water and malt, a character that is dark and earthy, complex and rich.”