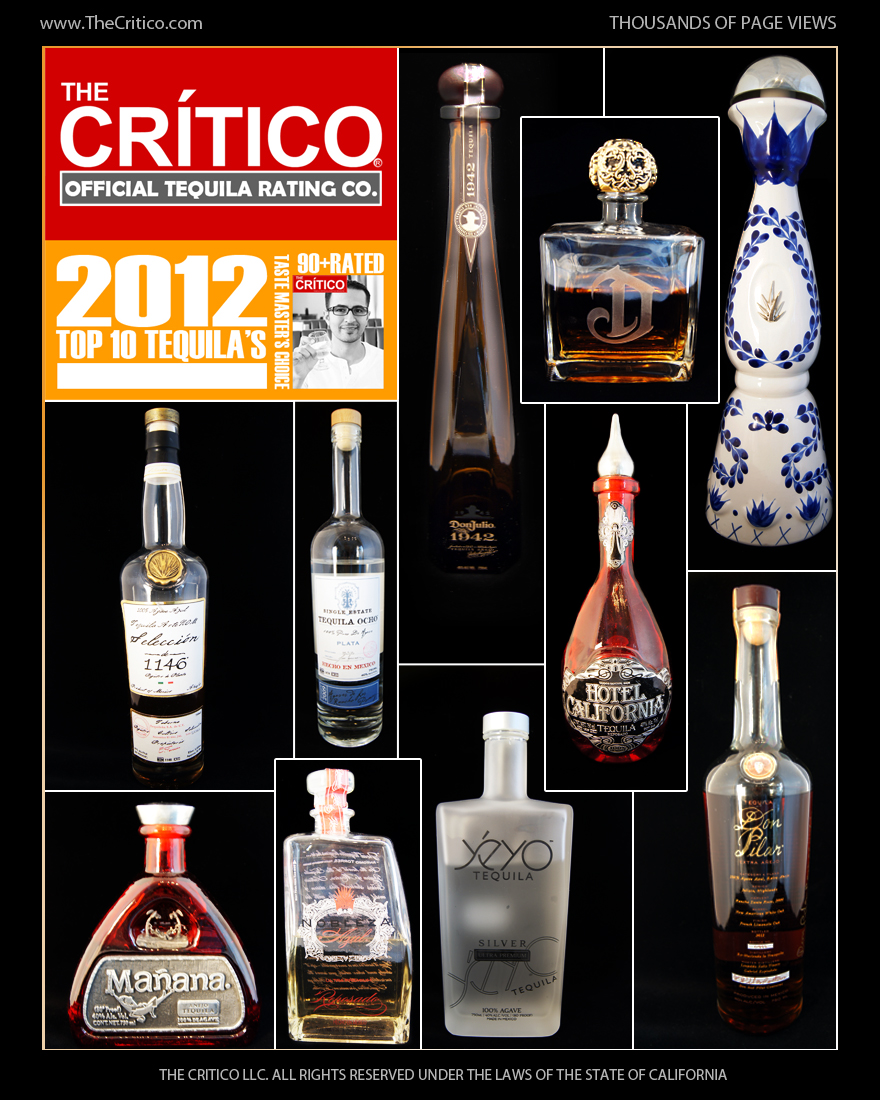 Tequila Rating Company The Critico ranked its top ten of 2012 tequilas. The tasting team, lead by its Founder Jose Delapaz (Certified by the Mexican Academy of Tequila as Tequilier y Catador – Experto en Tequila), said via its website “We had the privilege of tasting many great tequila’s this year, but only 10 were personally selected by me as the best of 2012. These are tequila’s that not only were rated 90+ points in blind tastings, but also demonstrated the “it” factor. I would like to personally thank the brands selected, they crafted tequila’s that are well deserving of being some of the industry’s best. We are issuing special 2012 TOP 10 TEQUILA’S logos to the brands selected, this will help consumers identify these great products.” 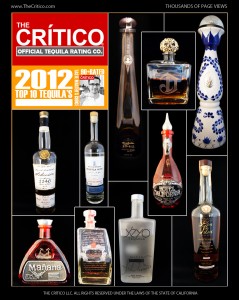 The top 10 tequila’s were selected from the list of tequila’s that were rated 90+ points in 2012. Tequila ratings on The Critico’s web site are performed in blind tastings by a minimum of three of The Critico’s Tequila Taste Masters, of which a minimum of two must be certified as Tequilier & Catador by the Academia Mexicana del Tequila (Mexican Academy of Tequila). The Critico only rate tequila that is produced from 100% Blue Agave.