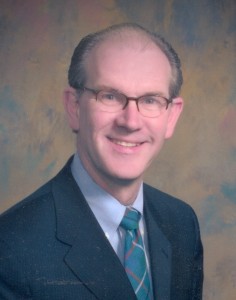 Recently the Center for Alcohol Policy announced that former Michigan Liquor Control Commissioner and former Michigan House of Representatives Floor Leader Pat Gagliardi had authored a new report, “The Need for State Alcohol Regulatory Funding: Fighting Deregulation by Defunding,” made possible by a grant from the Center.

“In repealing Prohibition a national consensus was achieved that alcohol could be sold legally again, but only under state control,” Gagliardi notes in his report. “In crafting alcohol policy today it is imperative that states understand both the history of alcohol regulation and the need for an effective regulatory structure.”

“The fervor to cut budgets and anti-regulatory sentiment can lead to ill-considered changes in alcohol policy,” the report continues. “There is a real danger that state alcohol control will be reduced to the point of ineffectiveness by overburdening the regulatory system that, to date, has been successful and has enjoyed overwhelming public support.”

“The Need for State Alcohol Regulatory Funding: Fighting Deregulation by Defunding” analyzes the number of alcohol enforcement agents in states across the country, their increasing workload and the scope of their duties, as well as the record number of licenses for enforcement agents to monitor. The report also outlines several suggestions for ways states can seek to increase funding for their alcohol beverage control operations.

“The reality is that smarter and better equipped regulation and enforcement of existing laws can result in increased tax revenue and improved public health and safety,” Gagliardi concludes in his report. “Advocates for retaining a strong state-run alcohol policy understand that sufficient resources must be dedicated to the regulation of alcohol to ensure a fair marketplace as well as reduce substance abuse and to protect the health and safety especially of children.”

The Report begins by stating: “Regulation is essential. However, it is not free. The regulated alcohol industry needs increased resources to ensure proper regulation for this growing industry.” The introduction notes that: “America’s relationship with alcohol regulation is well documented. In Toward Liquor Control, a book commissioned by John D. Rockefeller in 1933, the need to control alcohol beverages in the post-Prohibition era was clearly expressed … [State] efforts to promote orderly markets, temperance and other important goals utilize a combination of industry regulation to achieve these goals. States are increasingly trying to do more with less.”

And the Report states: “Fewer agents, combined with budgetary constraints, has severely strained the alcohol control system. Not only are there fewer enforcement agents, states have combined enforcement efforts of liquor officers with other departments, broadened agent responsibilities through larger geographic areas with fewer resources, or eliminated state enforcement efforts all together by shifting enforcement responsibilities to local units of government. Compliance costs, however, cannot be absorbed by shifting enforcement of alcohol regulations to local units.”

The impact of regulation is much broader. Experts agree that strong regulation of alcohol supports:

• the prevention of dominance by a few big retailers and box stores;
• an even and fair playing field for big and small retailers and suppliers;
• prohibitions on advertising that targets youth;
• pricing controls designed to limit excessive consumption;
• product safety; and
• an effective and responsive enforcement system.

Achieving the above goals will cost money. Unfortunately, in addition to a reduction in the boots on the ground, states are reducing overall budget allocations for alcohol regulation”
In the chapter on “The need for Adequate Funding,” the Report concludes:

“The alcohol industry is motivated primarily by profit and cannot be left to self-regulate in this field. The problems with alcohol can only be addressed by restricting the availability, accessibility and marketing of alcohol through enforcement of regulations that apply to all. It’s the right thing to do. For example, in Britain there has been a push to return to tighter regulation where the permissive 24-hour sale of alcohol, absence of control on volume discounts and lack of price controls have caused a dramatic increase in alcohol-related illnesses and death. Their lack of industry regulation has led to a dramatic increase in black market, counterfeit and illicit (and deadly) production of alcohol.” Ed note: the British experience is another justification for America’s three-tier system of distribution.

“Industry education, strong regulation, effective criminal law enforcement and public advocacy are all important tools that help craft responsible alcohol regulation. “ the Report continues. “The failure to adequately fund enforcement efforts, especially when agents are assigned to impossibly large geographic areas, only frustrates the problem. These problems, prevalent in urban areas, are next to impossible to monitor when agents are spread so thin. Specialists in state funded ABCs are needed to do background checks, cross and hidden ownership investigations, and tracing chain of custody investigations for alcohol with industry help. This is something a decreasing and overstretched local police force should not have put in their laps.”

The Report discusses various options for funding state alcohol regulatory agencies, including: dedicating a portion of the excise fees, increasing state general fund appropriations, increasing licensing fees, and increasing user fees. In anticipation of a negative reaction by small businesses to these proposals the Report cites recent polling: “These changes can be effectuated without alienating small business. A poll of 500 small-business owners nationwide found that 78 percent of small businesses believe regulations are needed to protect small businesses from unfair competition. And 86 percent see regulations as a necessary part of a modern economy.”

Effective regulation has had a positive impact on society. The Report finds: Alcohol-related deaths have declined over the last decade, the CDC reports that alcohol impaired driving episodes have declined by 30% from a peak in 2006 through 2010, The Substance Abuse and Mental Health Services Administration (SAMSA) points out that “there has been progress in reducing underage drinking in recent years, particularly among those 17 years old and younger.” And alcohol-related fatal crashes involving teen drivers have dropped by more than half – from 22 per 100,000 licensed drivers age 15-20 in 1982 to fewer than 10 per 100,000 in 2003.”

In its conclusion section the authors cite Former Pennsylvania Governor Ed Rendell who opined: ““Is regulation per se bad? Is better regulation bad? I think better regulation is good for the business community, and I think that’s something we should get together on.”

In Kansas we acknowledge that regulation of the beverage alcohol industry is a necessity. We have had a lot of discussion this year at the Statehouse regarding its importance. “The alcohol industry in this country is thriving and, in addition to enhancing other businesses, it is responsible for employing hundreds of thousands of people nationwide.” The Report states. “Most agree that regulation and enforcement of alcohol helps curb alcohol related social problems and is crucial to maintaining a strong competitive industry. The mom-and-pop market down the street and the small non-franchise restaurants need state regulation to ensure that the big box stores and franchise restaurant chains are not the only consumer choices that remain.”

The Center for Alcohol Policy which sponsored the Report is a 501 c (3) organization whose mission is to educate policy makers, regulators and the public about alcohol, its uniqueness and regulation. The Center promotes safe and responsible consumption, fights underage drinking and drunk driving and informs key entities about the effects of alcohol consumption. For more information, visit www.centerforalcoholpolicy.org.

In essence, failing to adequately fund the Kansas Alcoholic Beverage Control would be tantamount to deregulating some aspects of the industry through the inability of agency to monitor the regulations that maintain an orderly market. This report justifies the fight against deregulation by defunding.

This article was submitted by Wine and Spirits Wholesalers of Connecticut. www.wswc.org. Article originally appeared in Kansas Beverage News, April 2013.