The National Restaurant Association’s (NRA) inaugural “What’s Hot in 2013 – Alcohol” survey of nearly 200 professional bartenders – members of the United States Bartenders’ Guild (USBG) – shows that onsite barrel-aged drinks, food-liquor pairings, and culinary cocktails will be the hottest trends on restaurant drink menus. Already a strong trend on restaurant menus, local sourcing will also play a big role in mixology next year. The bartenders also said that dining at the bar is becoming more popular, and that social media will play a big role in attracting bar patrons in 2013.

“Artisan products, local sourcing and culinary creativity are trendy on restaurant menus and our new research shows that to also be true behind the bar,” said Hudson Riehle, senior vice president of research and knowledge for the National Restaurant Association. “Increasing recognition of mixology has elevated restaurant drink menus to a new level that allows bartenders to showcase their skills in blending textures and flavors similarly to how chefs approach food in the kitchen.”

The Association surveyed 195 members of the United States Bartenders’ Guild in October 2012. The bartenders were given a list of 123 items and were asked to rate each item as a “hot trend,” “yesterday’s news” or “perennial favorite” on drink menus in 2013. 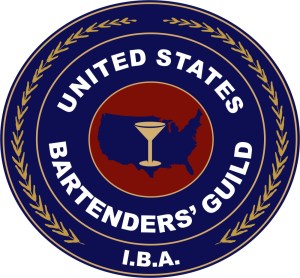 Two out of five (40 percent) of the bartenders ranked social media marketing and loyalty programs as the hottest technology trend in 2013, followed by tablet computers, such as iPads (29 percent). Fourteen percent said smartphone apps will be the hottest tech trend.