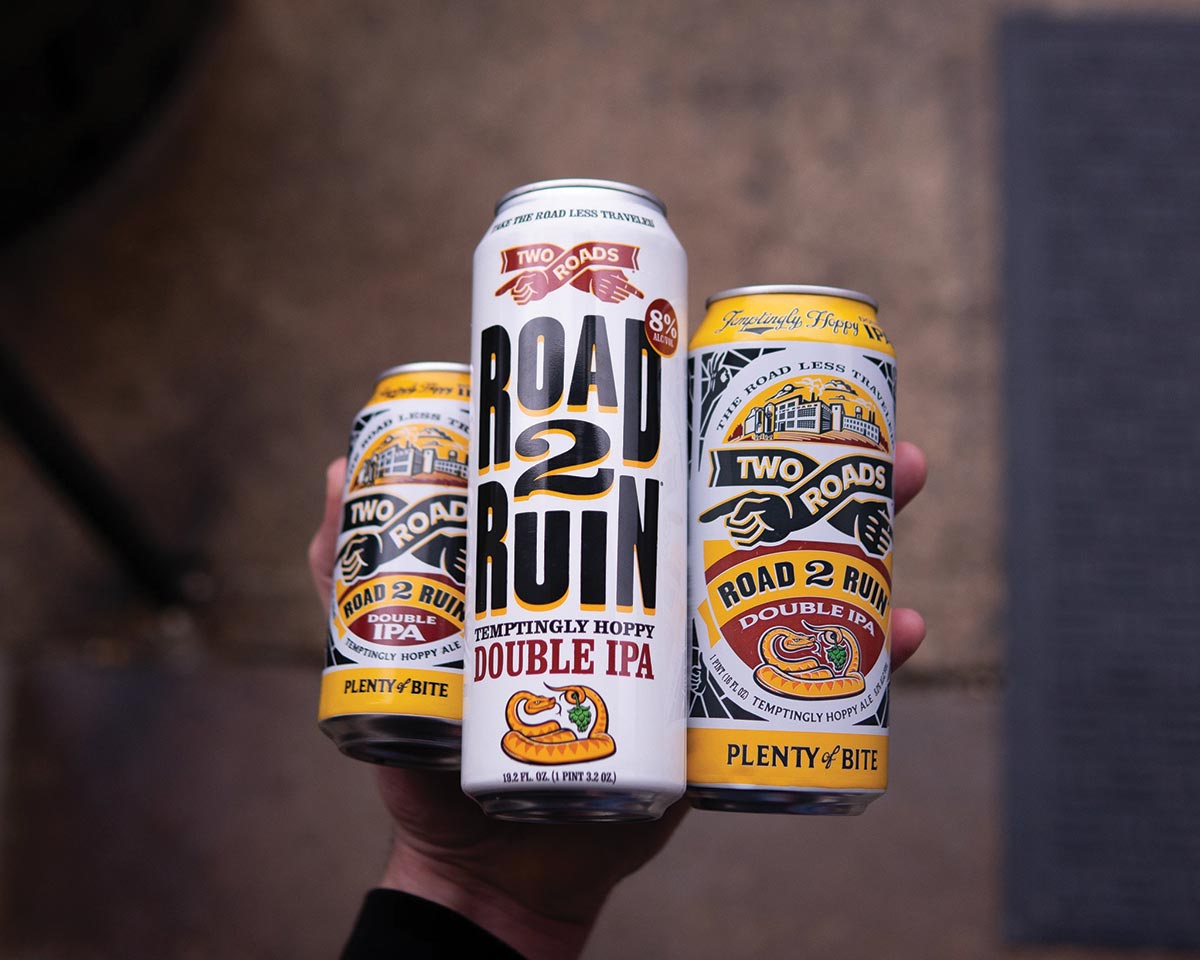 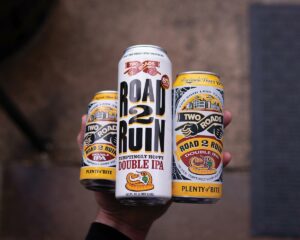 Road 2 Ruin Double IPA, a big, hoppy Double IPA that has a lean and balanced malt character that is brewed with seven Pacific Northwest hop varieties including Cascade, Centennial, Amarillo and Citra now found in multiple can sizes.

Two Roads Brewing Company added a new large format 19.2 oz. can for its Road 2 Ruin Double IPA. The 8% ABV flagship brew, part of the Stratford-based brewery’s portfolio since its founding in 2012 and its second-best-selling SKU according to IRI data, began shipping in the 19.2 oz. in April, now available anywhere Two Roads is sold. According to Brian Duprey, Senior Director of National Accounts, “It’s the perfect mix of pack size, style and branding all coming together. The 19.2 oz. can is the fastest growing package format in the Northeast region. Add to that the strong consumer demand for these high ABV Imperial offerings, and you get Road 2 Ruin [19.2s] as a package that is too tempting to resist.” The brew packaging also sports refreshed graphics in the new format. Director of Marketing, Collin Kennedy said, “We felt the extension into this taller format was the perfect opportunity to create a bold new look for this popular brand name.”