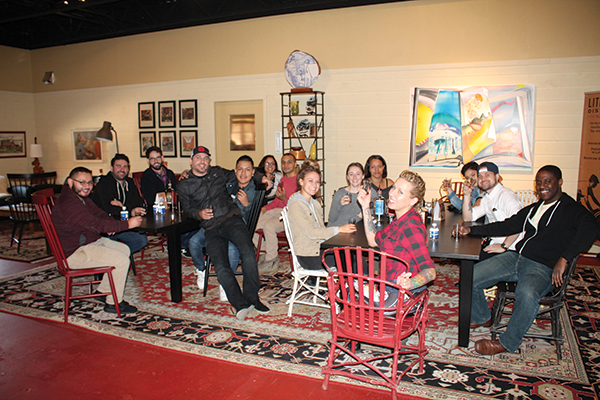 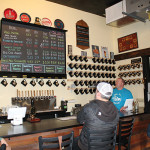 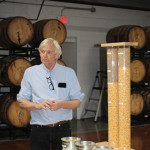 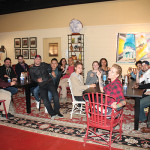 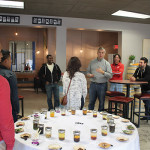 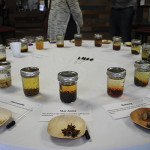 At Waypoint Spirits, USBG CT chapter members got the hands-on experience of making their own gin by testing different botanicals. 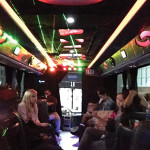 Savannah Mul of The Connecticut Beverage Journal (on left) educated participants on how to use the company’s new iOS ordering app to shop listing wholesaler portfolios as part of their subscriptions. 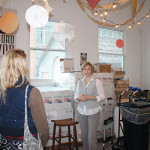 The final stop along the bus tour was Hartford Flavor Company in Hartford. Lelaneia Dubay, Co-owner of Hartford Flavor Company led the tour of its “infusionary.” Dubay also educated the group on the Wild Moon Liqueurs portfolio, which includes Cucumber, Cranberry, Rose, Lavender, Birch and Chai Spice botanical-infused liqueurs. The group also participated in a vote for the next new flavor release. The mixologists then took to the bar within the tasting room to create cocktails using the liqueurs.