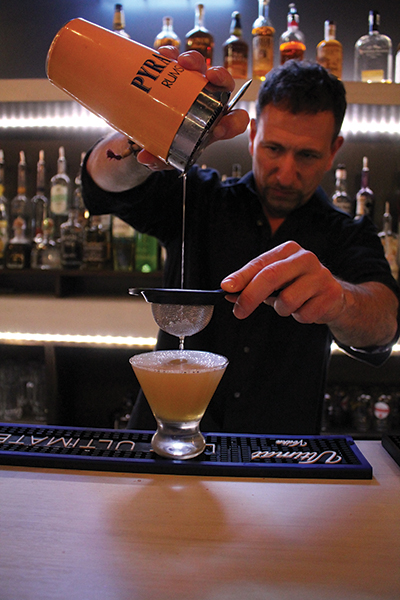 United States Bartenders Guild CT (USBG CT) chapter member Rob Martini, bar manager at newly opened Camps Restaurant on Main Street in Middletown, offered a preview of the venue’s offerings in December 2015. Previously, the space was home to R.W. Camps Clothing, which sold in the 1980s and transformed into a restaurant, then a club and now, back to a restaurant. General Manager and Owner Yaz Sheriff remodeled the space into a camp-themed restaurant, featuring comfort food from macaroni and cheese to a veal pot roast created by Head Chef Chris Sissi, paying tribute to the original space. The culinary creations are accompanied with modern cocktail options alongside classics. Martini said when he was putting together the drink menu, “I was thinking outside the box and creating cocktails with different liqueurs. You want to give someone something different and always want to be on that cutting edge.” 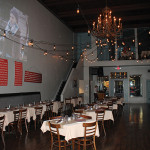 Inside Camps Restaurant in Middletown. The theme of the restaurant inspires a “camp vibe” including a vintage projector playing films. 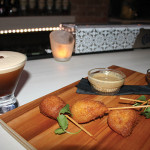 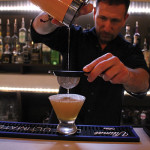 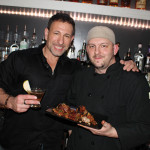 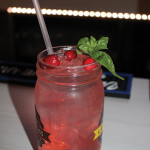 While creating the cocktail menu, Martini wanted to offer guests new and different options. He uses Onyx Moonshine products to create different infusions, one of which is the “Holiday Huckleberry.” 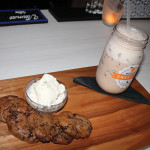