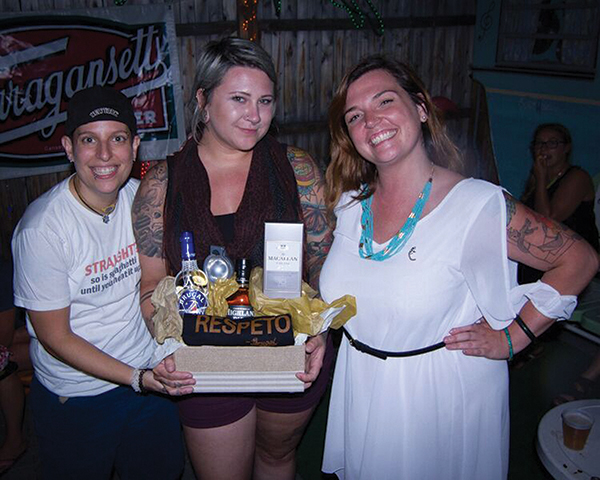 United States Bartenders Guild Rhode Island (USBG RI) chapter members competed in the Bartender Olympics at Ogie’s Trailer Park in Providence on July 25. Bartenders Kristi Little and Sam Royds, both of Gracie’s, were named the first place winners. The event featured a Narragansett Bottle Shuck Off, where competitors had to open a dozen Narragansett beer bottles and then shoot the bottle caps into a bin; a Four Roses Bourbon Perfect Pour Competition, where the bartenders had to pour three different amounts to an exact measurement; and the Origin/86 Company Shot competition had competitors creating shots using no more than five ingredients and featuring an 86 Company spirit product. Lastly, Edrington hosted a blind tasting in which competitors were given a set of unmarked cups containing different spirits along with a list of options and had to correctly identify the cups’ contents. The event was emceed by Kayleigh Speck, Brand Activator for Edrington Americas. 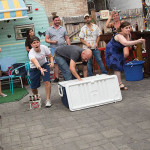 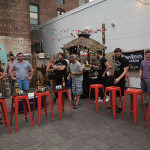 Teams getting ready to compete in the Four Roses Perfect Pour Competition. 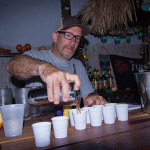 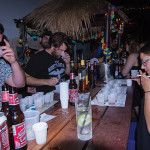 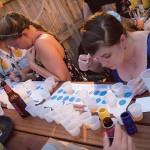 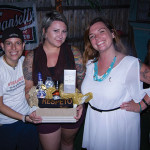