The Wine Store Receives 2017 “Retailer of the Year” Award 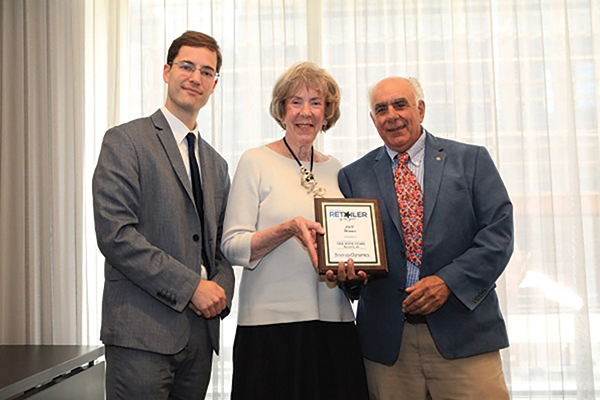 The Wine Store in Westerly was named among 2017’s “Retailers of the Year” by Beverage Dynamics magazine. Owners Frank and Donna Celico accepted the award during the inaugural Beverage Alcohol Retailers Conference on June 12-14 in Minneapolis. The Celicos opened The Wine Store in 1985, creating strong ties to the community and partnerships with many local organizations including Stand Up for Animals, the Westerly Library and the Westerly Rotary. The Wine Store was one of 15 retailers to receive the 2017 award.

“Both Donna and I are delighted to accept this award on behalf of The Wine Store and our stellar staff, who bring so much dedication, expertise and hometown pride to our business. Over the past 30 years and more, Donna and I have enjoyed providing our customers with a premier selection of liquor, beer and wine while supporting local organizations that make Westerly and its neighbors a great place to live, work and play,” said Frank Celico. The Wine Store was a featured “Retail Review” in The Beverage Journal in July of 2016. The story can be viewed online. 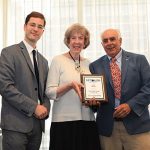 Kyle Swartz, Managing Editor, Beverage Dynamics with Donna and Frank Celico, Owners, The Wine Store in Westerly accepting their award as one of the 2017 “Retailers of the Year.” 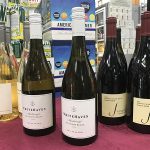 Whitehaven Sauvignon Blanc and J Vineyards Pinot Gris and Pinot Noir on display during an in-store tasting in July. 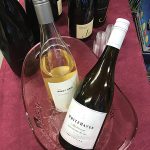 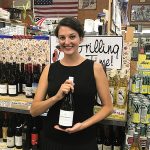 Stephanie Deschenes from Johnson Bros. of Rhode Island during the in-store tasting of Whitehaven and J Vineyards Wines.