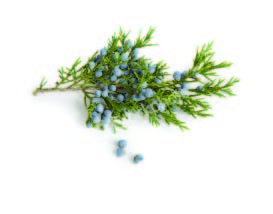 By Dave Rudman of drinkingthings.com

Juniper Berry-flavored vodka is by far the world’s best-selling flavor of the grain neutral spirit. Alone, it makes up, roughly, a remarkable 40% of total global vodka sales. However, while the already monstrous vodka category continues to grow at a 7 to 8% clip with Juniper Berry-flavors excluded, that particular flavor is at best, flat; and declining sharply in some price segments. What is the reason for this phenomenon? I’m not a betting man, but if I were, my money would be on the modern mass-market drinker’s malign for the flavor’s much more commonly-used trade name: Gin.

Yes – just like when you first found out that Brad Pitt was just Edward Norton’s other personality, or that Kevin Spacey was Kaiser Soze all along, it can be quite a shock to the system to consider that, despite the myth, legend, and geek-worship that gin receives, it essentially is just the most successful and long-lasting of many attempts to make grain-neutral spirits taste good.

Dave Broom, author of the WSET’s Distilling Knowledge textbook and The World Atlas of Whisky, notes that vodka was, “until recently, predominantly a flavoured spirit,” and that, “Russia and especially Poland have hundreds of old recipes for flavored styles.” Honey, herbs and roots, and other berries were all easily foraged in Eastern Europe, and a high-proof neutral spirit proved an excellent extractor of their flavors.

Further west, other agents were used in Scandinavia and Central Europe, notably caraway and anise. These flavors of neutral spirit are also still in continuous production, as aquavit and ouzo for example. However, none of these had the lasting impact that the Dutch made when they first experimented with the use of juniper berry as a flavoring agent. The Dutch “genever,” meaning “juniper” was at first a sweet and malty spirit. When William of Orange, a Dutchman, ascended to the British throne, he made gin the choice spirit of the England.

The London Dry style that developed is nearly indistinguishable in method of production from that of today’s flavored vodkas. In it, juniper and other botanical flavors are added to the spirit through cold compounding, maceration, or vapor-infusion, just as is done with citrus, vanilla, raspberry, and whipped cream in flavored vodka.

Okay, maybe not so much in the case of whipped cream, but it should not be shocking that some brands, such as Reyka, are actually made on stills designed for gin production. The two categories are strongly linked by their production and history, though not by common nomenclature.

Thus, I ask you, the connoisseurs and mixologists of the world, to reconsider your stance on flavored vodka in light of this new evidence. A high-quality, naturally-derived flavored vodka is a tool in your arsenal to fight a war, the aim of which is not to transform your bar and customers into “Downton Abbey” dinner guests, but to create delicious cocktails for the enjoyment of many. Gin will always hold a special place in our hearts and minds, but it is a flavor just like any other.