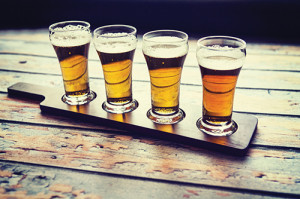 The Brewers Association looked back on how craft brewers fared in 2014 and released its statistics of note. Among the numbers: U.S. brewery count returns to historic levels; breweries are opening at a rate of 1.5 per day; through June of 2014, craft brewers enjoyed 18 percent growth by volume; IPA is up 47 percent by volume and 49 percent by dollar sales. Retail data also indicates that variety packs are up 21 percent by volume and 24 percent by dollar sales; and 38 percent of households bought a craft beer in the last year. “It’s remarkable to see how beer has evolved in the past century. Year over year we’re seeing tremendous growth in the craft beer sector and 2014 proved that craft beer is moving into the mainstream,” said Bart Watson, chief economist, Brewers Association. A full summary is available on the organization’s website.