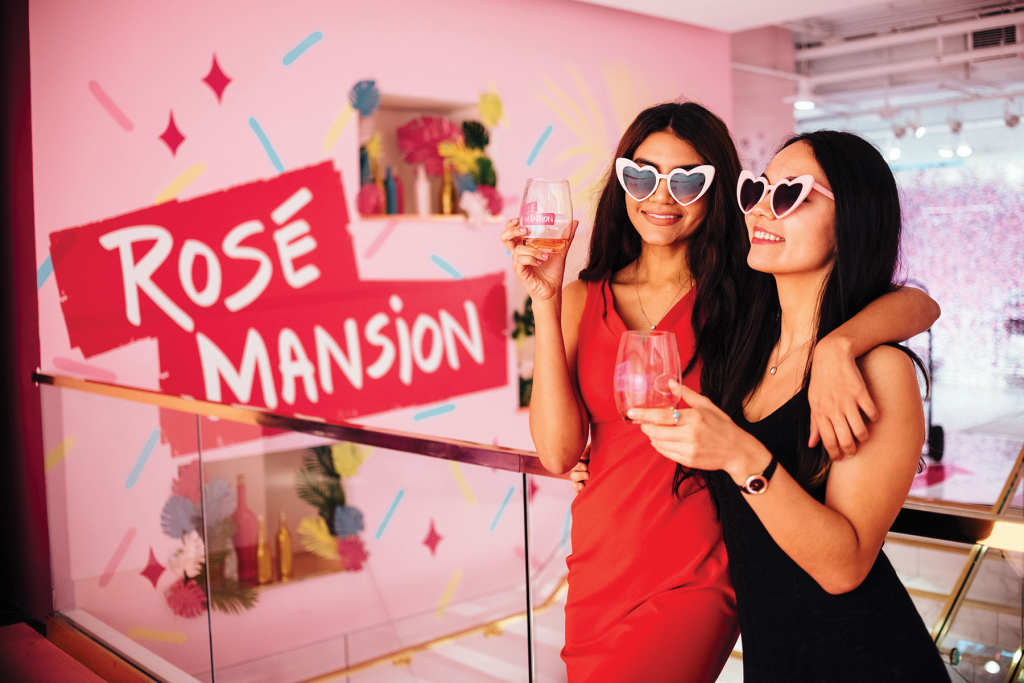 Who says there’s nothing new under the sun? 2018 saw the rise of flat-barreled bottles and cannabis-infused wine, among other oddities.

From Small Batches to Big Pink, 2018 Was Bold Above All

What with 2018 being a year of political turbulence, why should the wine and spirits industry be any different? It was a strange year, marked by a major somm scandal, continued consolidation and brand acquisition, and launch after launch being the new normal. Perhaps an indication of how strange things have become: in October when Constellation Brands, representing a $40 billion chunk of market share, announced they just may shed wine brands as they eye the future—analysts basically shrugged.

While short of surprises, the year did yield some clear themes—most notably, rosé stayed strong and whiskey is still booming (with tequila and gin empowered). But maybe just as telling, within categories there seemed to be greater than usual intensity as brands elbowed one another for market share, leaving the distinct impression that 2018 was a Year of Extremes.

The signs of rosé’s success go beyond sales figures—pink passion has seeped happily into mainstream America.

Consider the Rosé Mansion as a barometer; the midtown Manhattan pop-up sold 95% of its $45 tickets over a 14-week run, according to founder Tyler Baillet, who previously pioneered “wine riots.” Expect Rosé Mansions in other markets in 2019.

Talk about flipping the script, Sutter Home—granddaddy of “blush” White Zin, one of the 20th century’s greatest pop-wine hits has gone over to the dry side. While the company would not reveal sales figures for the dry Sutter Home Rosé, they are planning to expand offerings beyond the current 750ml and 187ml. Then there’s Georges Duboeuf, King of Beaujolais, Father of Nouveau. Just a Nouveau Rosé. And why not? Gimmicky as it may be, it will likely find fans.

The color pink has also seeped into other beverage alcohol, notably vodka, gin, even tequila. The spirits are hardly competitive with rosé wine, but Wine-sellers may want to keep an eye on the Ready-to-Drink (RTD) category. No, they are not wine, and certainly not from Provence, but hard (aka spiked) seltzers are relatively easy and inexpensive to make; plus pink-hued examples in single-serve containers are stylistically in the wheelhouse of many current rosé drinkers. The appeal to Prosecco drinkers is natural as well. The innovation in low-ABV, bubbly RTDs has just begun; new products range from tiny start-ups (Little Fancy) to huge names (Svedka, Smirnoff) to something in-between (White Claw, via Mike’s Hard).

Among spirits, whiskey continues to to grow in volume, value and especially presence. And across all the sub-categories, from Japanese to Irish to Scotch and bourbon and beyond. The marketing seems especially aggressive and outsized. Highland Park re-created a fully functional Viking ship. The Macallan not only opened a cutting-edge new distillery, they took the facility on the road as a Virtual Reality experience. Also witnessed this year: the world’s largest bourbon toast (New Riff); the world’s longest ski shot (High West); and anyone need a 33-gallon, a three-and-a-half-foot-tall glass of Irish Coffee? Tullamore D.E.W. created one in New Jersey. Then there was Monkey Shoulder’s 2,400-gallon mobile cocktail shaker that visited festivals around the country encouraging people to “Play With Your Whisky.”

The whisk(e)y experience has become more salient than ever, with Scotland and Kentucky alike enjoying record tourism. And emphasis on education has ramped up. For example, the Beam family of brands’ “Bourbon Legends Boxcar Tour,” a pop-up directed both to trade and consumers, stopped in Denver, Houston, Cleveland and New York, serving up tastings, cocktails, BBQ, music and more; great exposure for Jim Beam, Maker’s Mark, Knob Creek and Basil Hayden’s.

PACK IT IN: Pulpoloco sangrias come in eco-conscious new formats.

Innovation in packaging this year tended toward the practical. For instance, advances in bottle-wrap technology have enabled producers to get dramatically graphic with neck-to-foot “skins.” Korbel and Chandon were among bubbly brands who utilized such wraps to create instant limited editions. Captain Morgan took the wrap a step further, adding scratch ‘n’ sniff for their Watermelon and Apple “Smash” expressions. And Smirnoff used wraps to create a set of seven locally inspired limited editions, featuring respective skyline imagery and an original “ode” to each locale on the back.

Cans were arguably the biggest story of the year in packaging, with SKUs exploding in both wine and RTD cocktails/spritzers. The cans represent a new canvas, inviting graphics that evoke craft beer as much as wine. Perhaps more importantly, cans enhance both form and function, and are eco-consciousness; besides being eminently recyclable, cans have a lower carbon footprint than bottles. Toward that end, do not be surprised to see more beverages like Pulpoloco Sangria in the “cartocan”—essentially a paper can that is 94% biodegradable and manufactured with a 60% lower carbon footprint.

And speaking of bag-in-box format, is America ready for countertop bars? Black Box Whiskey, Vodka and Tequila debuted in six states in 2018; look for these 1.75L boxed spirits to reach farther in 2019.

With California recreationally legal, Canada going green and New Jersey effectively on the clock, cannabis has become the wildest of wild cards, and particularly relevant to our industry.

Of course there is the basic debate: Will marijuana usage cut into alcohol consumption? Also, as THC, the psychoactive compound in pot, is not just smokable and vapable, wine, beer and spirits producers will likely face greater competition from THC- and CBD-laced beverages. There are already cannabis-infused wines, such as Rebel Coast, being made in California. Heineken’s Lagunitas is selling Hi-Fi Hops, alcohol-free sparkling water with a smidge of THC. Experimentation is just beginning; one recent press release we received trumpeted the first “hydro-nano-infused THC beverage on the market.” No doubt Constellation Brands sees plenty of green in cannabis; they invested $4 billion in Canadian marijuana grower Canopy Growth (on top of $191 million invested previously).

Meanwhile, in New Jersey, two questions loom: 1) If—er, when—the state legalizes, will they develop the distribution control under the same system as alcohol control, making current licensees the logical safest, most responsible holders of cannabis licenses? And 2) How much pressure would NJ going green put on the state across the Hudson to follow suit?

The Robots Are Coming Here!

Go ahead and chuckle, but rest assured that Barsys is indeed a robot bartender that fits on a counter top. Orders are placed through an app that comes pre-loaded with over 2000 cocktails, and can be further customized. Hard to imagine this at the corner bar, but hotel lounges, stadium suites, airports, pop-up bars, weddings…who knows? These robots may not be able to tell jokes, but they can mix drinks and they don’t talk back.

The Supreme Court’s Granholm decision of 2005, which began with a case in Michigan, sent ripples throughout America’s state-based distribution system. Come 2019, it’s Tennessee’s turn: the U.S. Supreme Court has agreed to hear a case that could have immediate and far-reaching impact on shipping across state lines.

Meanwhile, rather quietly, the company LibDib (Liberation Distribution) has dramatically leveled the proverbial playing three-tier-based field. By creating a virtual platform that streamlines their ability to be offered legally in diverse states, LibDib has attracted producers who could not find distribution via traditional wholesalers.

This small but vibrant marketplace is ideal for connecting limited-production wines and spirits to precisely the type of retailers who can appreciate the products’ provenance and relative rarity.