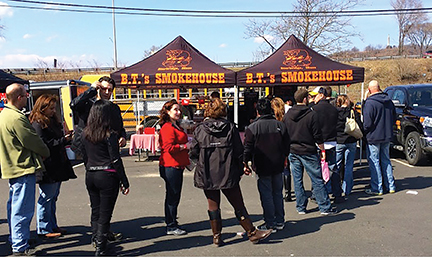 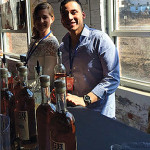 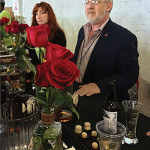 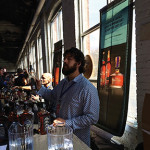 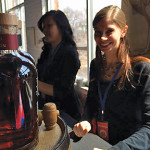 Serving the crowds with a smile. 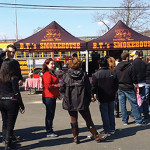 In the barbeque line.