Serving Up: The 5G Martini at Pot au Feu 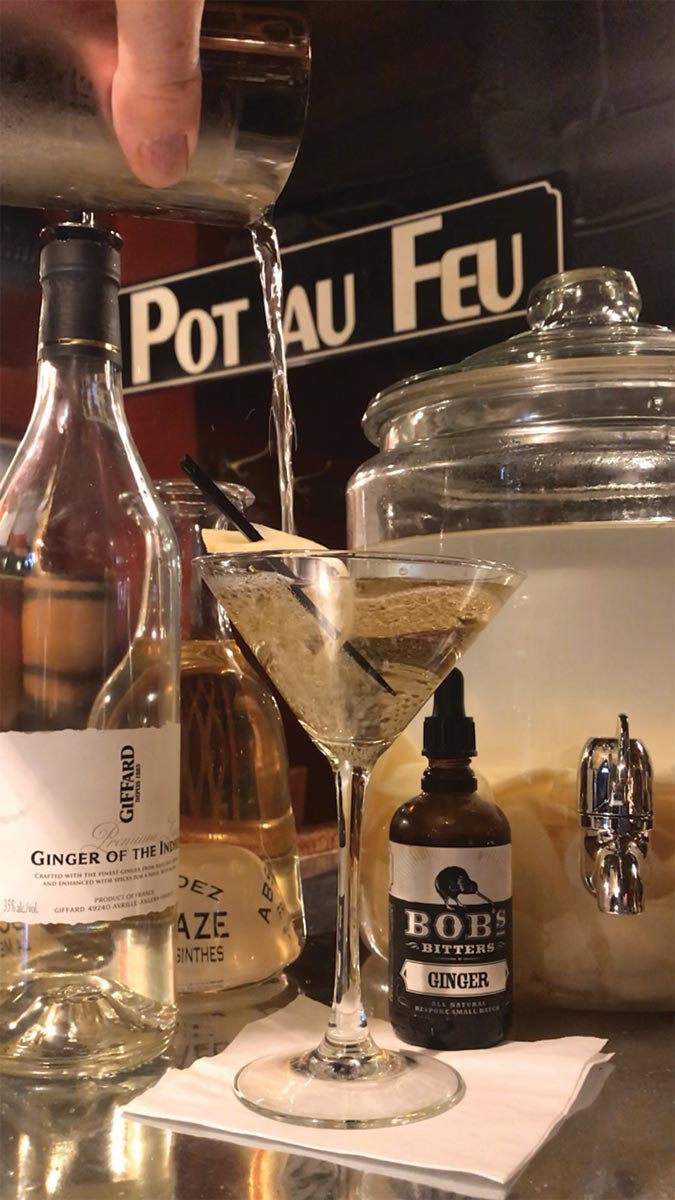 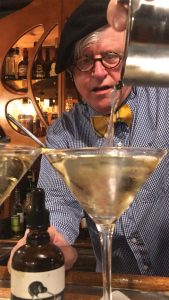 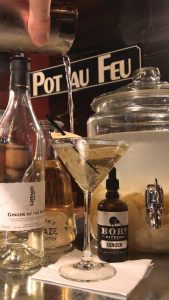 Combine vodka, Ginger of the Indies and two drops of Bob’s Ginger Bitters into a cocktail shaker filled with ice. Shake vigorously until the outside of shaker is frosted. Pour into a chilled martini glass. Top with ginger ale float. Slice a piece of ginger from the infusion into a long thin strip and make a half moon garnish on a black skewer. Serve immediately. *(Use vodka that has been infused with thinly-sliced fresh ginger for at least two weeks.)

The name for the 5G evolved through the years, Burke said. “The French word for ginger is gingembre. This cocktail started with the nickname ‘La GiGi’ with two gingers. Two more were added making it the GiGi GiGi. On a visit to Napa, I found Bob’s Ginger Bitters and added a fifth Gi,” Burke explained. The lore goes on. A customer, upon ordering another, said “just give me that 5G Cocktail,” which is its current name. “Because it was a long string of Gi’s, it’s occasionally called a G-String. As long as you are at the Pot au Feu drinking one, we don’t care what you call it,” he said.