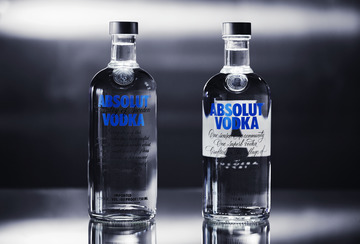 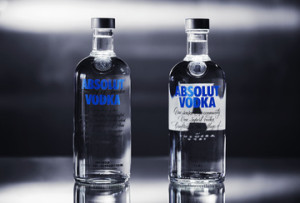 Absolut introduced a freshly redesigned bottle, calling it “an icon for the future.” Since its launch in 1979, the Absolut Vodka bottle has stood out for its shape. The new bottle is a transformation of the original, featuring an updated two line logo, a new script, a redesigned medallion, reduced glass weight and a new brand signifier. Absolut brought together a group of creatives including Master Illustrator Martin Mörck and Master Calligrapher Luca Barcellona.  The new bottle will be distributed worldwide in fall/winter 2015.

“The Absolut bottle has been iconic for several generations; now it’s time to make the next bold statement for Absolut. Our goal has been to transform an already perfect bottle to make it even better. We were extremely privileged to work with the very best creatives within their discipline. The new bottle maintains everything that is Absolut Vodka – bold, original and creative, making it ready to face to future.” said Peder Clason, Global Brand Strategy Director, Absolut.