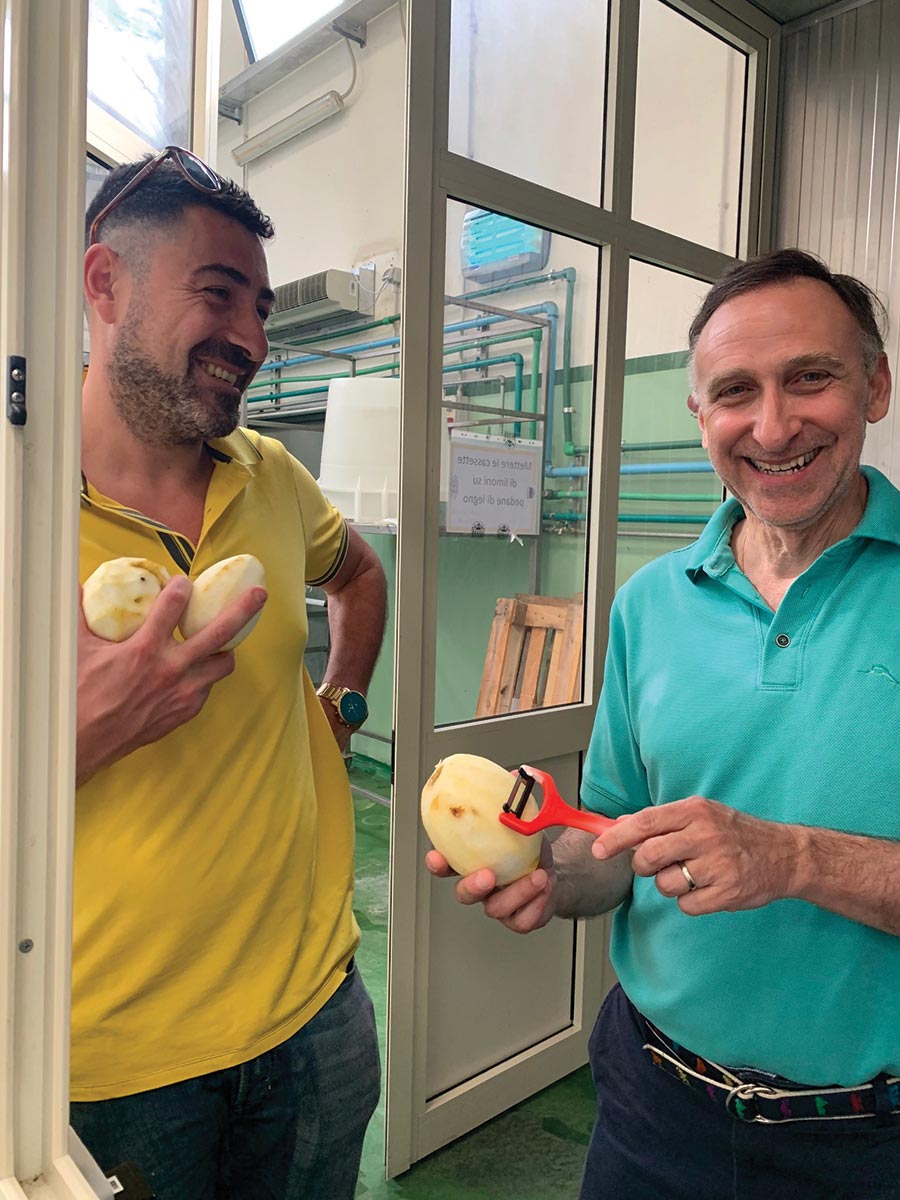 Angelini Wine’s Julius Angelini and Sarah Wadle spent time in June and July visiting a variety of portfolio producers and suppliers on the Amalfi Coast. Limoncello producer Russo showcased its lemon groves and production facility for the team. Produced in the South of Italy, the Italian lemon liqueur is served chilled as an after-dinner digestive and used in cocktails. Macerated lemons, rind and all, give it a generous aroma and a zesty, round finish. 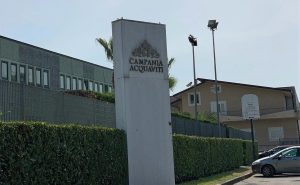 The headquarters and production facility for Antica Distilleria Russo are located in Mercato S. Severino in the province of Salerno, Italy. 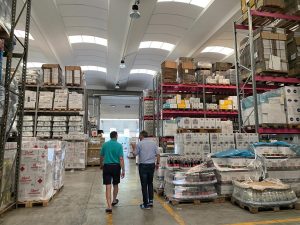 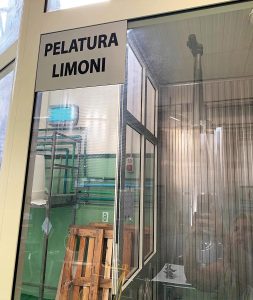 More than 66,000 pounds of lemons are hand-peeled in this room at the facility. 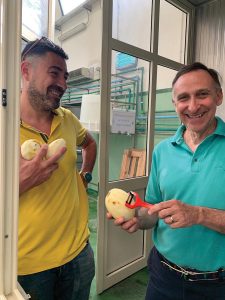 Vincenzo Russo, Product and Marketing Manager, Russo and Julius Angelini show the remnants of the large, Amalfi Coast lemons after being peeled. 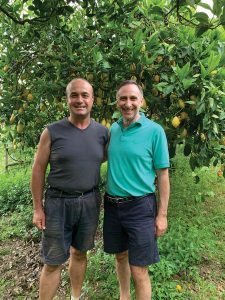 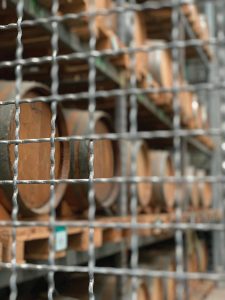 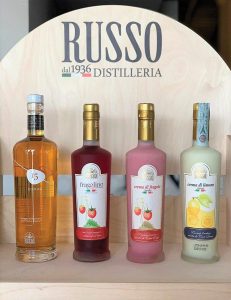