Back To Basics: Gin Quiz 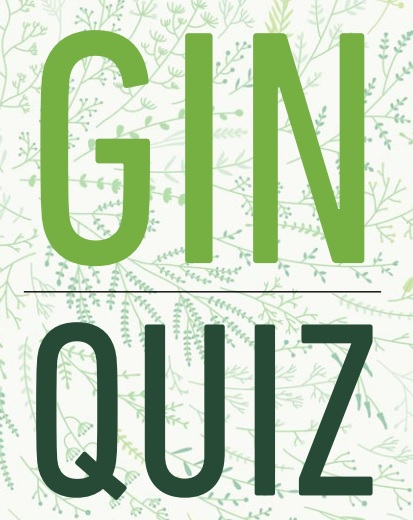 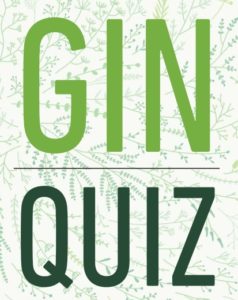 Arguably no spirit has seen the highs and lows of gin, across centuries and continents. History has seen it hailed as a societal scourge as well as a miracle drug. It has been a political tool, a soldier’s support, and famously “mother’s ruin.”

Locales with rich gin history run from Holland (where it all started) to Italy (where they, too, claim gin started) to London (epicenter of consumption, flag-bearer for gin style) to Scotland (which makes more than two-thirds of the gin in the UK) to Spain (where “Gin Tonics” have developed into a national specialty) and, naturally, to America.

Here, artisans and big brands alike are riding a current upswing in gin momentum, both off- and on-premise, and with a tilt toward the high end. Meanwhile, the gin-sipping public appears increasingly open to the particular possibilities of gin, whose styles nowadays often take juniper as a starting point rather than focus.

Q: What’s the difference between gin and jenever?

A: Jenever (aka genever) is gin’s Dutch ancestor. As the story goes, English soldiers took a liking to the Dutch spirit when they were stationed in the Low Countries—which includes what’s now The Netherlands—during the Thirty Years War in the 1600s. After returning home, they wanted to try to make it themselves. They knew it had juniper in it, but that was about it. The version the Brits made ended up having way more juniper in it than the Dutch original. That’s the botanical from which most of gin’s flavor derives.

However, much of jenever’s character comes from the presence of malt wine—a malted grain-based distillate (usually barley, as well as other cereals). The malt wine gives jenever some faintly whiskey-like characteristics, versus the completely neutral flavor of gin’s base spirit, all of whose flavor and aroma comes from the botanicals.

Q: What are the botanicals that into gin?

A: Distillers combine any number of herbs, roots, seeds and fruit peels to achieve their desired recipe. The only botanical that has to be there in order for it to be defined as gin is juniper. Some make their gin very juniper forward; others let the juniper take a bit of a back seat to the other ingredients. The most commonly used botanicals (aside from juniper) include coriander seeds, orange and lemon peel, angelica root, cinnamon, cardamom, licorice, lemon verbena and ginger. 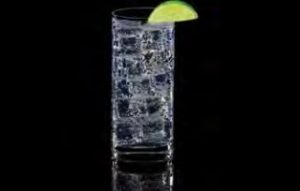 Q: How did tonic become the preferred gin partner?

A: Quinine, the signature ingredient in tonic water, was found to be an effective anti-malarial agent, which was a godsend for sailors and soldiers working for the British East India Company. To make the quinine taste a bit better, they started mixing it with gin, a little bit of sugar and lime (a fruit known to help fight scurvy).

Q: What is London Dry Gin?

A: London Dry Gin (often referred to simply as “London Gin”) is the type with which most consumers are familiar, as most of the gin produced today falls into this category.

A: Trick question: there is no person named Tom. Old Tom is a sweeter style of gin that originated in the 18th century. It was the traditional ingredient in cocktails like the Tom Collins and the Gin Rickey. Many consider Old Tom to be the bridge spirit between jenever and London gin. The style more or less disappeared after the 19th century, but it has enjoyed a bit of a revival.

Gin and juniper will forever be hitched, but the fact remains: the gin market has grown more varied than ever this century, and in the process, juniper is often found in the back seat rather than in the driver’s seat. There is a tremendous upside in this shift: distillers are better able to have their gin represent true local flavor, by emphasizing local botanicals in their gin.

The Scottish gin Caorunn—the only gin produced in Speyside using natural local botanicals—is a perfect example. Caorunn (pronounced ‘ka-roon’) is the Gaelic word for Rowan Berry, which is one of five botanicals foraged within walking distance from the distillery

The other local botanicals, handpicked from the hills surrounding the Balmenach Distillery in the Cairngorms National Park, are dandelion, heather, bog myrtle and Coul Blush apples.

Caorunn is produced using the only working Copper Berry Chamber in the world, by just one man, Gin Master Simon Buley. The Copper Berry Chamber was made in the 1920s in the U.S. to extract essential oils to use as a base for perfumes. It is ideal for producing gin because the copper reacts with the vapors and removes unwanted flavors. It is a traditional, slow infusion process. The spirit vapors pass through the four botanical trays at a very slow rate, to ensure maximum uptake of the flavors and aromas of the botanicals.

A: Apocryphally, it originated in the 1920s as a term applied to amateur gin, batched in tubs. More factually, it was not so much that tubs were used, but rather bathtub taps were used to fill jugs that did not fit in a sink. No distilling was involved; home gin-makers started with grain alcohol then added juniper berries (but not always), other ingredients and water then allowed it all to steep.

Q: What is the best way to taste gin?

A: Room temperature. Most experts recommend at room temperature, diluted with a few drops of even an equal measure of water, which helps reveal both qualities and flaws.

Q: Is all gin clear?

Q: What is gin lane?

A: English artist William Hogarth is famous for his companion engravings, Gin Lane and Beer Street. The former depicted the degradation and destitution of gin drinkers at the height of the Gin Craze in 1751. Meanwhile, Beer Street depicted its namesake beverage as a drink of class and
virtue. The gin of the era was fairly nasty, poorly regulated (sometimes poisonous) stuff. Within the next century, proper regulation enabled the spirit to achieve a level of respectability and some of the most iconic brands consumed today were born in the 19th century.

Q: What was the first distillery in the United States?

A: Historians place the first American distillery in Staten Island, circa 1640, and it served the new residents of “New Amsterdam” with gin, the favored drink of their homeland. The city was renamed New York in 1684.

Q: What are some current selling points?

A: Gin is better (and cooler) than ever!

Mixology in the Post-Juniper Era

Credit much of gin’s recent momentum to distillers dialing back the juniper, setting the stage for other botanicals to shine. Distilled in England in traditional copper stills, Brockmans balances a unique combination of traditional gin aromas, citrus and coriander with top notes of blueberries and blackberries to provide a distinct new gin taste experience.

In turn, this modern style means more creative space for mixologists; instead of wrestling with juniper, they can play with other elements.

Brockmans is so convinced of gin’s mixability that the brand is once again sponsoring a competition ahead of World Gin Day, June 10th. Entrants are invited to submit a “Brocktail” recipe via their bar’s social media. The winner and two other top finalists, based on public votes, will each win a trip for two to Tales of The Cocktail in New Orleans this July.

Q: Whisky has had a huge renaissance. What about gin?

A: In the United Kingdom, gin is on fire. Between the late 1950s and 2009, there was only one producer of London dry gin still producing within London (the others moved out when demand fell and real estate was cheaper outside the city). But now there are at least ten in the capital city and nearly 300 throughout the U.K. (more than three times what it was just a few years ago). Gin Festival, a consumer tasting showcase for the spirit, launched in Leeds in 2013 and has since added nearly 20 other annual events throughout Britain.

Gin-thusiasm is starting to spill over into the U.S. market. Overall U.S. gin volume had declined for many years, but the category is turning around, with a modest volume gain of 0.7% in 2016, according to the Distilled Spirits Council (the revenue gain was a more substantial 2.3%). But the high-end and super-premium price tiers are where the real story is, enjoying volume gains of nearly 12%, respectively.

A: Gin picked up the nickname “mother’s ruin” because of the litany of social problems that developed along with its cheap availability in mid-18th century England.

A: In a word: innovative. The term New Western Dry Gin was actually coined by Aviation Gin founder Ryan Magarian in 2009 to account for the plethora of new brands, especially since the turn of the century, which de-emphasized juniper while often showcasing other botanicals. While useful to draw attention to the new wave of gins, such spirits are not so “new” anymore and tend to come from all over. So the term is not as functional as it was only a few years ago, but one might argue that the shift away from juniper as gin’s driver continues apace.

Q: What is sloe gin?

A: Infused High Proof Gin made with Sloe Berries. Sloe berries, which grow wild in the hedgerows of England, look like a mashup of a blueberry and a Concord grape. But looks deceive: sloes are quite astringent and unpleasant to eat. Resourceful distillers came up with a way of infusing them in high-proof gin, extracting their essence and tempering it with a bit of sugar. The result is yet another branch of the convoluted gin tree, most famously paired with citrus and soda water to make the Sloe Gin Fizz.