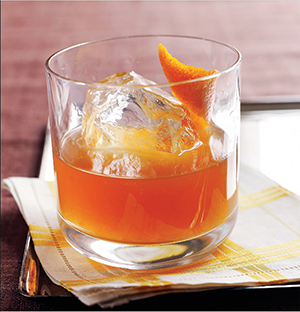 The Bee Hive is a classic Bee’s Knee’s cocktail with Yellow Chartreuse adding another layer of flavor and complexity.

Bar biz: Some save time, some add flair…

While most of the attention in Cocktail World lands on bars and restaurants pushing the limits or carving out narrow niches, the vast majority of operations that serve drinks have a myriad of concerns beyond drink-making. Given that and increased customer knowledge and expectations, what is the average bar and restaurant to do to up their cocktail game?

If you ask  consultant and author Kim Haasarud of Liquid Architecture, for clients that are relatively new to craft cocktails, keeping it simple but better is the right approach.

“Those simple, three-ingredient cocktails are really in fashion right now and there are so many really good spirits out there. You can make some pretty great drinks using simple ingredients,” she says. Drinks like Manhattans and Old Fashioneds score very high on most drink menu surveys, she notes, and any number of tweaks—adding a dash of Chartreuse to a Margarita, or an amaro to spice up a Whiskey Sour, or using split bases, like bourbon with Cognac or tequila with mezcal—can smartly customize standard recipes.

As limited drink menus with perhaps a dozen cocktails have become common, non-craft bars can easily take advantage of the trend by creating a list of classics with special tweaks. Among those three-ingredient classics, Haasarud suggests that the broad range of vermouths and amaros well-priced and with a wide flavor palate allow an operator to tweak drinks like Negronis and Manhattans. For example, suggests menuing a Negroni three ways, changing the gin and sweet vermouth brands to craft something unusual.

Another easy change: tap into the wide selection of adult sodas available to improve the Highball game in Palomas or Cuba Libres, for example.

Some upgrades are even more basic, but can easily create a higher-level cocktail game, says David Commer of Commer Beverage Consulting. “Ingredients are the big thing, like fresh lemon and lime, and other better ingredients like fresh juices. One of the things I struggle with in consulting with newer beverage operators is they want to pick wings off butterflies to make drinks with and it doesn’t have to be that complicated,” he says.

Fresh juices and house-made simple syrups with flavor tweaks can move complex drinks into the realm of possibility for the average bar, Coomer says. “Infusing syrups is a good way to get cool flavors done in advance so that drink assembly is simpler—things like rosemary lemon sour or hibiscus tea-infused vodka.” For restaurant-first operators, prep cooks accustomed to measuring and mixing can easily take on pre-batching and ingredient assembly, putting the tasks in professional hands. 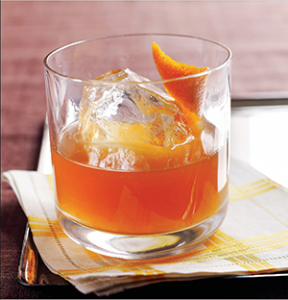 Three-ingredient classics such as an Old Fashioned and a Cosmopoliltan are especially ripe for tweaking.

Both agree that from mixing ingredients together for speed scratch it is a short hop to batching drinks in advance. “For clients that are high volume, they should definitely consider batching. This is something the pros are doing at some of the top mixology bars in the nation and with this you can have very complex cocktails that can be created in three steps,” says Haasarud.

Speed scratch and batching also help create a level of consistency that is hard to achieve in the average bar with a varying level of bartender skill and experience.

For one client, Omni Hotels, Haasarud added smaller versions of new cocktails as shots. “They are like small tastes that allow a group to come in and instead of ordering a round of Kamikazes they can have some of the new cocktails in shot form. It allows guests to be more experimental at a lower cost—$5 rather than $15. It’s an easier way to sell cocktails and helps guests be exploratory,” she says.

First and foremost, though, is better training, says Haasarud. “If you’re going to invest anything in your program, don’t invest in a huge amount of spirits a bartender doesn’t know how to use, invest in training so they know how to shake and stir a cocktail properly.”