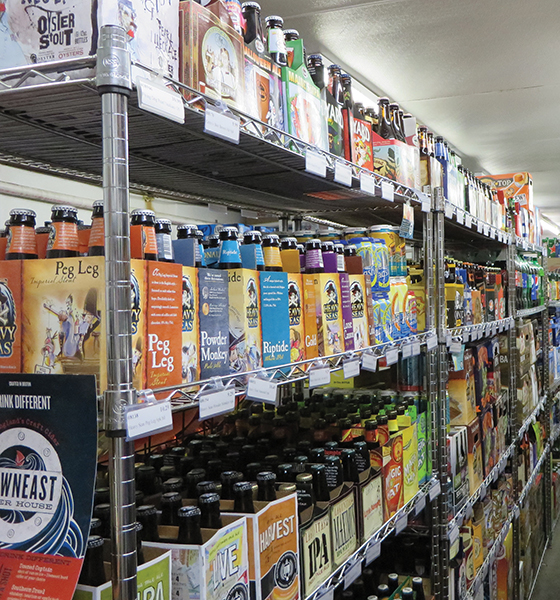 What do you say when a customer asks about the difference between beer in a can and in a bottle? If you’re discussing beer selection and the customer makes a negative comment about aluminum cans, how do you respond?

Nobody seems to have a problem with beer from a glass bottle. Some folks have no container preference. The rest don’t like cans, and some abhor them.

Throughout the 19th century, industrialists sought ways to make a metal food and beverage container that worked, and one or two creative people succeeded. But production was glacially slow and costly, and it took until 1930 for safe and profitable can manufacturing to make its appearance. Canned beer made its debut in 1935.

Today the mix of single serve and multipacks of beer is about 50/50 between glass and cans. For soft drinks, cans make up half of the single-serve market, but 85% to 90% of multipacks, according to AZoM, a publication for the materials science community.

Among mass market beers, cans and bottles share the stage, and have for decades. (I have a 96-year-old uncle who has been drinking Schaefer beer from cans since they first came on the scene.) It wasn’t until 2011 that we began seeing craft beer show up in aluminum attire.

Growth was understandably slow, but craft canning became a trend that’s still rolling. Quite a few brewers now use cans only, such as New England Brewing, Back East and Half Full, all in Connecticut.

Back to the first question: What do you say when a customer asks? Keep in mind here that the question has to do with the taste of the beer. You can say: “There are quite a few differences between canned and bottled beer, but also none.” Either her head will explode or she’ll look at you asquint. Quickly add, “None that we can discern when we drink from a glass. Do you drink beer from a glass?”

There it is: The end of the debate. In 2014, Beer Advocate polled its readers about the can-vs-bottle preference. A mere few of the responses had to do with taste differences; instead they focused on UV light exposure, aesthetics, cellaring, recreation, chilling and storage. Cans came out on top in the survey. A great many of the respondents said the packaging did not matter to them because they drink from a glass.

Drink from a glass. Aromatic ingredients are released during the pour and they reach your nose in far greater quantities than if you were drinking from glass or aluminum, when you can’t smell a darn thing. It might be your tradition to hoist the bottle or can, but you’re allowed to deviate if you want to.

And this: When you drink beer from the little opening in the top of a can, where is your nose? Right up against the aluminum lid? Maybe that’s where the metal “taste” comes from.

Beer consumers say that bottles have more visual appeal, that the labels are bigger, that the coatings in beer cans contain BPA, a compound said to be unhealthy in significant quantities. They say that cellaring beer – keeping certain brews in cool, dry, dark and stable conditions for years – must be done in glass, not metal.

The benefits of cans, however, appear to outweigh those of glass:

I like cans and bottles. What matters is the magic inside. Next time a customer asks, offer to sell them a nice beer glass.