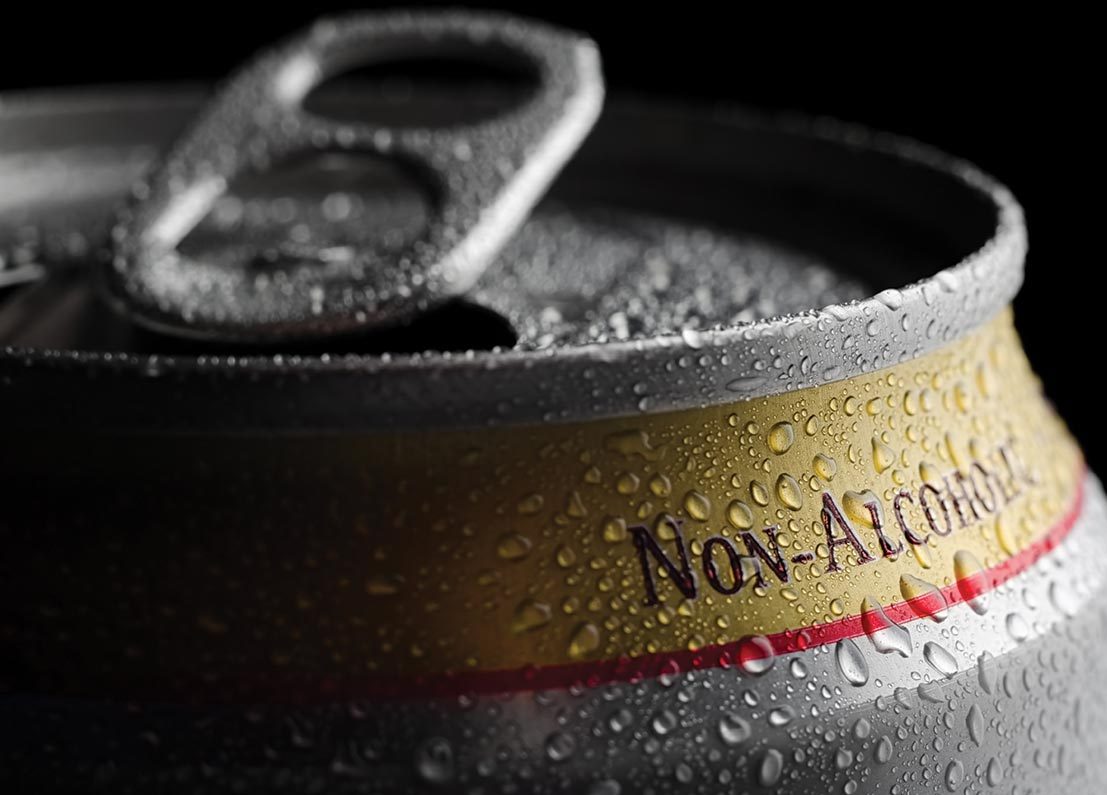 Opinions vary also among those who drink no-alcohol (NA) beers, who like them because they don’t have any alcohol. They taste fine, you can drink a few and drive, and there’s no hangover.

Low-alcohol beer has been available in Europe for centuries. No-alcohol brew – containing 0.5% ABV or less – was approved in the U.S. 101 years ago by the Volstead Act at the start of Prohibition. European brands made their way here in the late 20th century, and before long domestic brewers began to market their versions.

It’s different today – for the better. Consumption of NA beer and alcohol-free beer has begun to rise, especially in Europe. Quality is vastly improved. Craft brewers are in the game. Consumers are choosing these for health and lifestyle reasons.

At the brewery, nonalcoholic beer starts as beer, the real thing. Malted barley is milled and boiled, hops are introduced, and yeast converts the sugars into CO2 and ethyl alcohol during a fermentation process. The traditional method of removing most of the alcohol is to heat the beer to 173.3°F. The ethyl evaporates and is trapped and dumped.

The big challenge for NA beers takes place during the heating step. It is effective in removing the alcohol, but alcohol is an ingredient in beer that acts as a solvent for many aromatic compounds. In other words, its presence does more than just give us a buzz; it’s necessary to create beer as we know it. So if you take those away, bye-bye flavors.

Other ways of removing alcohol are employed. Beer can be placed in a vacuum so the ethyl alcohol can evaporate at a lower temperature, which reduces the chance of destroying flavors. Another method is to vaporize three specific aromatic compounds (which contribute to the beery taste) out of the beer and set them aside, then heat the brew to reduce the alcohol and add the aromatic compounds back into the NA liquid. Yet another way is reverse osmosis. You can look that up because I can’t put it into English here.

Back when NAs comprised a minuscule portion of the vast beer market, that low-flavor aspect was acceptable, or tolerated. Times have changed. For the past 40 years, the craft beer industry has waved the flavor flag, and in the last 20 has become not just a force to be reckoned with, but the force. The market demands flavor, and a few NA brewers are meeting that challenge. NA’s share is still tiny, but it’s growing.

In 2017 in Stratford, CT, Bill Shufelt and John Walker launched Athletic Brewing Co. Just another craft brewery, right? Wrong. Every beer that comes out of the tank is nonalcoholic. They’re doing well, very well. Why is that? It tastes like beer, that’s why. Different styles of beer without alcohol, all tasting like their alcoholic counterparts.

Capitalizing on a steep and steady rise in health consciousness among the young and not-so-young, Athletic is brewing for a sober or mostly sober audience. Reports say that package stores are increasing their supplies of Athletic’s beers to meet demand. Never in history has any retailer noted with concern that he was running out of NA beer. Until now.

Athletic’s Run Wild IPA won the gold medal in the nonalcoholic category at the 2018 International Beer Challenge. In the same year, it was named the USA’s best nonalcoholic beer in the World Beer Awards. Walker and Shufelt don’t talk about their brewing process (a patent is pending) beyond hinting that it employs “a mosaic of different natural elements that we’ve intertwined.”

They’re not alone. Others across the country are breaking production barriers to create NA beer. Where there’s a market for it, retailers will pay attention.

Jack Kenny has been writing The Beer Column for The Connecticut Beverage Journal since 1995. Write to him thebeercolumn@gmail.com.