Hops are everyone’s favorite part of craft beer today. Few say anything about the malty character of beer. The more piney, citrusy, floral and fruity a beer is, the more beer lovers crave it. A decade ago – heck, five years ago – this level and style of hop character was not present at retail, at least not in our neighborhood. It’s all different now.

Hop growers and researchers have been busy breeding new cultivars (selected and cultivated by humans, as opposed to natural varieties), several of which have become wildly popular. Some brewers now include the hop in the name of the beer. People stand in line for hours at local breweries to buy a case of extra hoppy small-batch beer for $75. They bother retailers incessantly about the availability of this brand or that. They want their hops, and they want them now.

The production of hops in the U.S. alone has skyrocketed in recent years, the bulk of it in Oregon, Washington and Idaho. In 2016, more than 87.1 million pounds of hops were harvested, an 8.3 million pound increase (9.5%) over last year. It was the fourth straight year that overall production went up, and the sixth consecutive year that hop acreage increased.

Experts know more about hops than ever before. And yet “we are still far from claiming to know everything about hops.” That’s from the introduction to “The Role of Hops in Brewing,” a scholarly paper by Christina Schönberger and Tim Kostelecky published in the Journal of the Institute of Brewing in 2012. (Unless you aced organic chemistry, pass this one by; far too dense.)

Scientists have been studying hop oil aroma compounds for more than 200 years. By 1966 a pair of researchers identified 100 of those components. In 2000, two others found 23 potent aroma compounds in just one hop variety. If that’s not fascinating enough, consider that one hop type can have different aroma characteristics depending on the brewer and how he uses the plant to make beer.

For example, some beers that I enjoy are made using Citra and Columbus hops. Many more beers using the same two hops I find to possess unpleasant aromas. It’s much more than just the amount or proportion of the hops used. 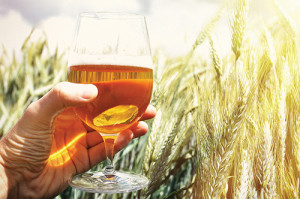 Hops fall into two basic categories in the brewhouse: bitterness and aroma. Bittering hops, which have been in use for centuries, are introduced to the barley mash at the beginning of the boil. The estery notes and flavors disappear during a long cook, but the remaining bitterness pleasantly offsets the cloying sweetness of unhopped beer.

The second category is aromatic hops. These represent a fairly recent aspect of brewing, but now are almost required. Aromatics are added to the boil toward the end of the boil.. The prized oils work their magic in the beer – again, with results varying according to time, volume, temperature and zodiac sign. This is called late hopping. (A few brewers, it turns out, are skipping the entire early bittering process, finding success using only the late hopping process.)

Another method of infusing the brew with hop aromas is called dry hopping. In this method, the aromatics are added to the nascent beer in the maturation tanks, after fermentation. Dry hopping is considered the gold standard among most craft brewers and consumers. In their paper, Schönberger and Kostelecky wrote, “Dry hopping can be seen as a cold extraction of hop material into an alcoholic solution. Though only relatively little research has been carried out concerning dry hopping, some studies have shown that the dry-hop character is very sensitive in regard to changes,” which include growing location and variation in harvesting dates.

Yet another way is called wet hopping. This requires harvesting the hops and getting them to the brewhouse in a matter of a few hours, while the hop cones are still wet and sticky with their oils. Needless to say, this isn’t possible for every brewer to undertake.

New hop cultivars continue to emerge. Dozens are tested each year for their brewing potential. Many fail. Those that survive the rigorous examinations, if they are hardy and present no great challenges, might give rise to the next generation of craft beers, as well as to a new bunch of beerophiles asking us more unanswerable questions.