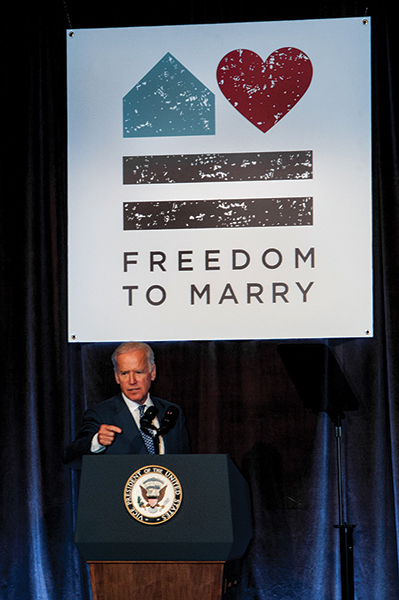 U.S. Vice President Joe Biden made a special appearance at a SKYY® Vodka and Freedom to Marry event in New York City on July 9 – following the historic Supreme Court ruling – and applauded those in attendance for their efforts to win the freedom to marry in the U.S. Over the last two years, SKYY and Freedom to Marry have heavily promoted marriage equality through their “Toast to Marriage” campaign, combining highly publicized events, social media activations and influencer relationships to create a platform for positive change. Speaking to a packed room of more than 1,000 people at Cipriani Wall Street, Biden reflected on the beliefs his father instilled in him from an early age, stating: “They love each other, it’s simple.”