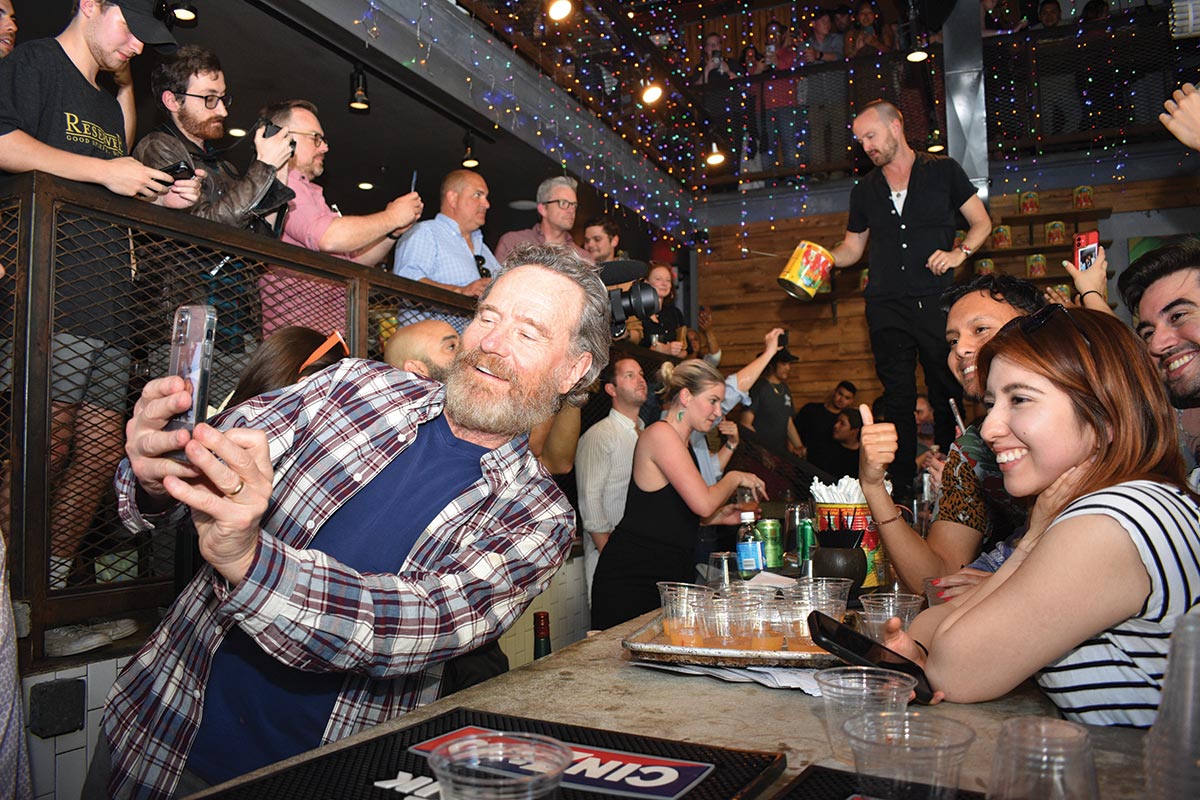 Slocum & Sons promoted Dos Hombres Mezcal, co-owned by actors Bryan Cranston and Aaron Paul, lead actors in the renowned television series “Breaking Bad,” with several heavily attended consumer-centric meet-and-greet events on May 18. The day began with bottle signing events featuring Cranston and Paul at Stew Leonard’s Wines & Spirits and Total Wine & More in Norwalk, followed by a guest bartending appearance at South Bay restaurant in Greenwich. The visit culminated in a raucous happy hour event at Fortina in Stamford in the evening, where Cranston and Paul signed photos and bottles for star-struck fans, posed for selfies, poured tastes of Dos Hombres and handed out cocktails featuring the mezcal as showcased from Fortina’s bar offerings. Dos Hombres was launched by the duo in 2019 as a project that highlights their friendship and bond. The artisanal mezcal is made by hand in Oaxaca, Mexico, the product of multiple generations of mezcal producers from the small village of San Luis del Rio, where the rich soil and rainfall facilitate cultivation of the best agaves. A unique blend of the finest Espadín agave, Dos Hombres presents both fragrance and rich taste with a distinctive smoothness. 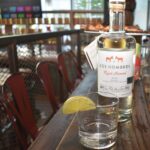 Dos Hombres Mezcal by Aaron Paul and Bryan Cranston was first launched in 2019. A series of events brought the duo to Connecticut to multiple locations with distributor Slocum & Sons. 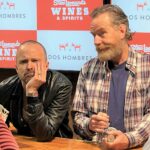 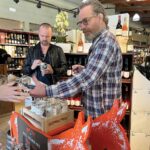 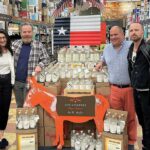 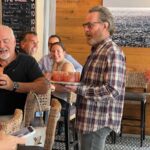 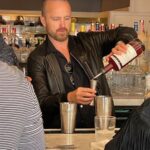 Paul behind the bar at South Bay restaurant in Greenwich. 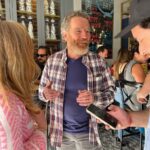 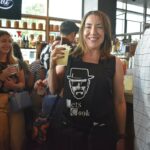 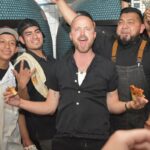 Paul enjoying a slice of pizza with Fortina team members. 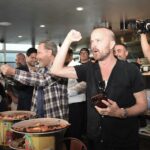 Cranston and Paul with the Fortina team and crowd. 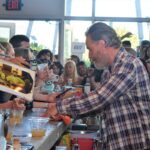 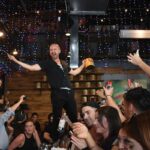 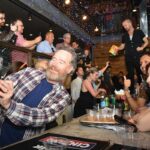 Cranston taking selfies with exuberant fans at Fortina in Stamford. 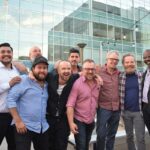