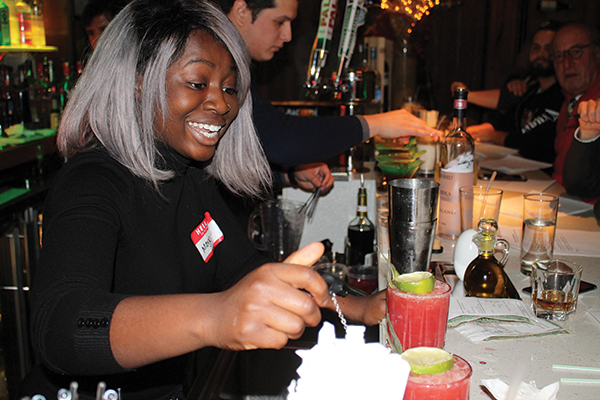 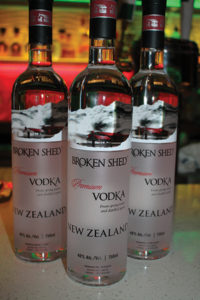 New Zealand’s Broken Shed Vodka is distilled from whey, which is the excess sugar in milk production. It is then distilled four times from two distinct water sources. The vodka is GMO-free and gluten-free with a “smooth taste and hints of sweetness.” 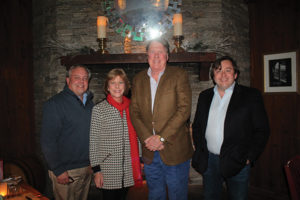 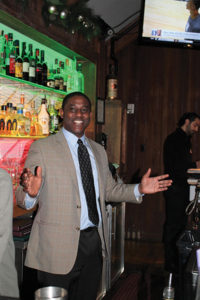 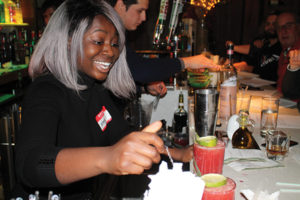 Marjorie Maxi, first place winner, with her cocktail, “How We Met.” 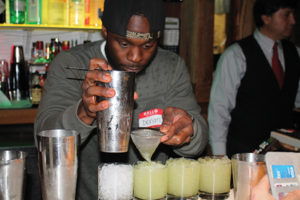 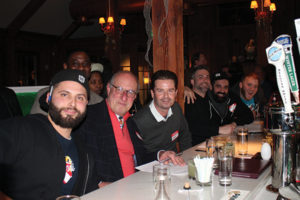 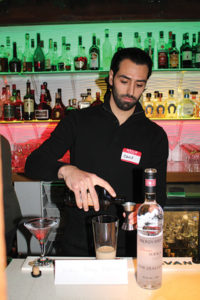 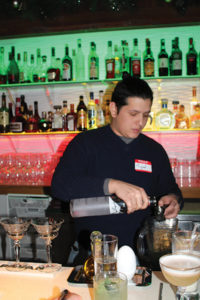 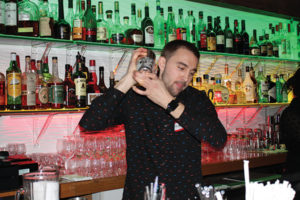 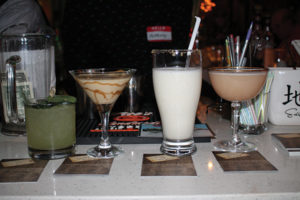 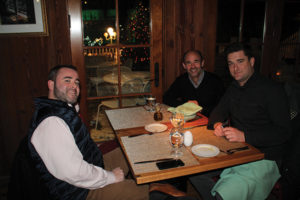