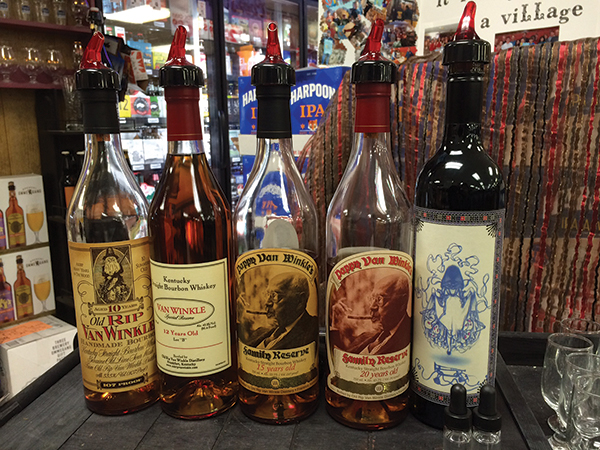 Since 2014, Irene Tan and Craig Fowler, Owners of Brooklyn Wine and Spirits in Brooklyn, Connecticut have hosted charitable tastings of Pappy Van Winkle whiskies. The tastings were developed in an effort to “please customers” with the small allocations of the rare whiskies alongside creating a community benefit. On February 20, customers were able taste the 10, 12, 15 and 20 year-old whiskies with a donation of a dollar for each year of aging. Donations went to the Friends of Assisi Food Pantry. Tan said customers also had the opportunity to taste Southern Belle Red Blend, a red blend of Syrah and Monastrell grapes, which was aged in old Pappy Van Winkle barrels. After the tasting, Molly Newton of Friends of Assisi Food Pantry held a drawing for a chance to purchase a bottle of the 10, 12, and 15 year-old whiskies. 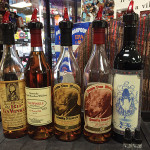 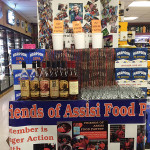 The scene at the Pappy Van Winkle charitable tasting at Brooklyn Wine and Spirits in February. 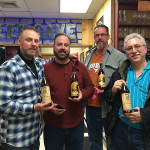 Four out of the six happy customers who won the raffle for a chance to purchase the elusive whiskies. 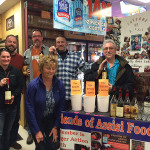 Five out of the six customers who won the raffle for a chance to purchase the elusive whiskies, and kneeling in front is Molly Newton, of Friends of Assisi Food Pantry, who led the raffle drawing. 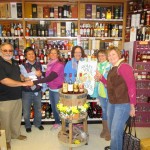