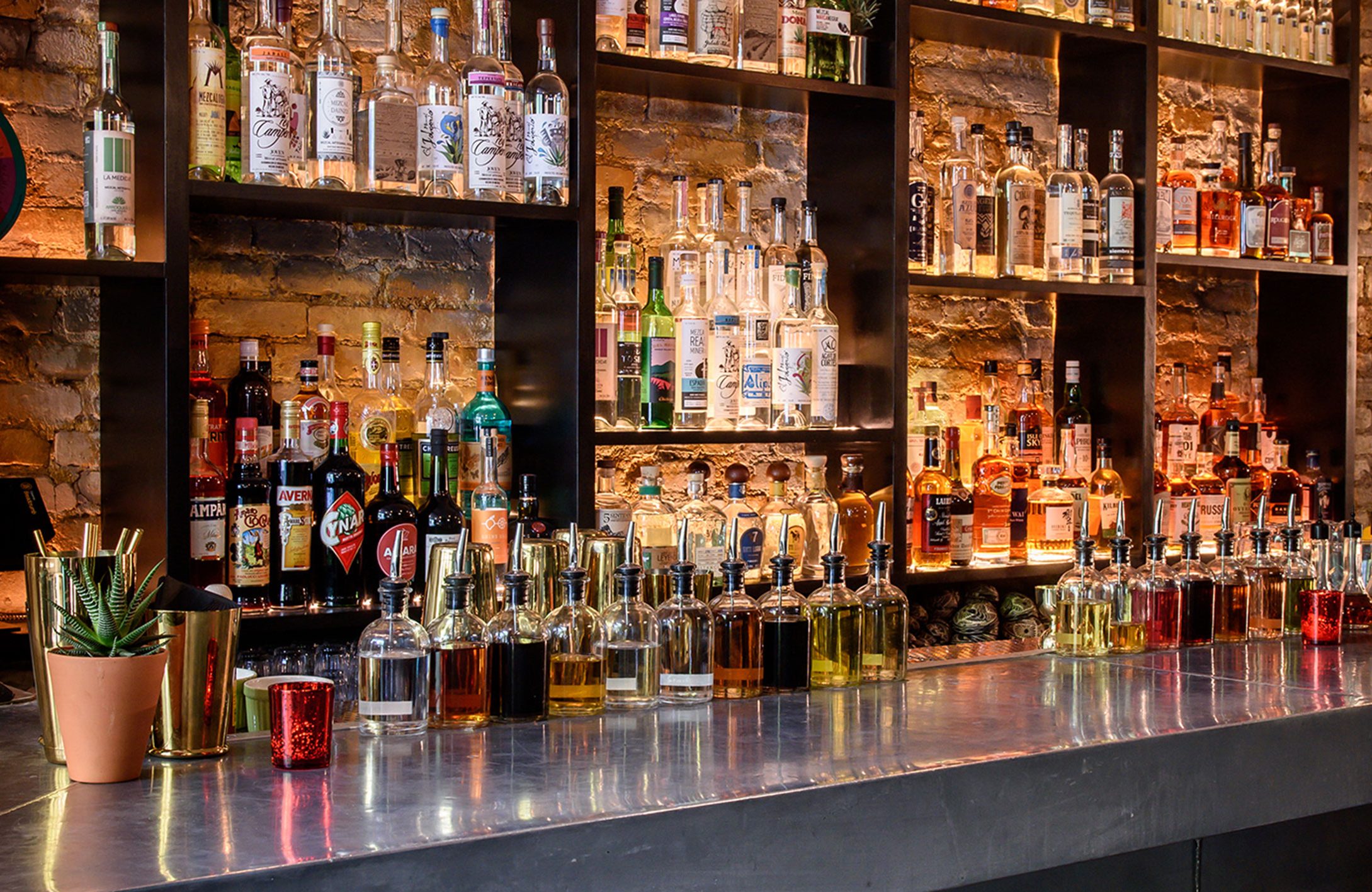 Agave spirits are often made with unconventional equipment, like this raicilla still at Las Perlas, made out of a tree trunk.

From Raicilla to Bacanora and beyond, understanding the spectrum of ancient agave spirits

The agave spirits section at Astor Wines & Spirits in New York City runs floor to ceiling with more than 300 brands. Yet, around a quarter fall outside the tequila or mezcal denominations. “I’ve never seen a time when a greater variety of agave spirits were available. Perhaps most importantly, the level of quality that is available remains extremely high on average,” says Nima Ansari, spirits buyer at Astor.

Led by the simultaneous tequila and mezcal booms, the combined category grew faster than any other spirit category in the U.S. according to the Distilled Spirits Council (DISCUS). Moreover, mezcal hit 500,000 cases—a fivefold increase in five years—which has helped open the floodgates for more esoteric sister spirits like raicilla, bacanora, and sotol that have been made for centuries but until now were mostly  unknown outside of their local regions.

The connection between terroir and agave flavor profile is becoming more widely appreciated. Even tequila giant Patrón is producing single-estate tequilas and has begun talking about the impact of elevation on flavor profile.

This cultish geekiness around agave has allowed importers to feature producers using traditional methods and reclaiming ancestral techniques. Here, we take a look at the growing subcategories of agave spirits and how they fit into the larger league.

Raicilla is a traditional agave spirit from Jalisco whose production is in line with artisanal mezcal, but is not encompassed by the official denomination of origin. Raicilla has gained momentum in the U.S. with more brands like Estancia and Mezonte now widely available.

Raicilla has been around for centuries, but was eclipsed by its more popular neighbor, tequila. There are two main raicilla regions within the state of Jalisco, one in the mountains (sierra) and one on the coast (costa), each one with regional variations on agave varieties, fermentation style, still materials and other production characteristics.

Flavor profile is highly dependent on region, variety, and production methods. Clayton Szczech, Mexico-based operator of Experience Agave , involved in the agave spirits culture of Jalisco for over a decade, notes, “While I’m reluctant to generalize, I would say that raicillas from the sierra tend to be more lactic and less smoky, and those of the coast tend to be more citric, tropical, and somewhat earthy.”

Production can differ significantly by region. Coastal raicillas are often made by cooking agaves using in-ground pits, while the mountain regions typically use above-ground clay ovens. Wild yeast fermentation is the rule in both regions, while distillation on the coast is usually done with a still that incorporates wood or clay, while steel is more common in the mountain regions.

In June 2019 an official denomination of origin (D.O.) went into effect for raicilla; before then it was self-governed by a conglomerate of producers. Some brands are considering not participating in the D.O. because it deviates from the traditions of this centuries-old spirit. Brands like Las Perlas, believe that the D.O. legitimizes the category; co-owner Nikhil Bahadur admits that there are flaws but is hoping to iron out the kinks from within the system.

The Once Clandestine heritage of Sonora’s Bacanora

Bacanora has a heritage of at least three centuries, but was illegal to make until 1992. This agave spirit finally got a denomination of origin in 2000, taking its name from the town of Bacanora, although it is made throughout the state of Sonora. Production is similar to artisanal mezcal, but with an enterprising spirit that often involves unconventional materials.

Like tequila, bacanora can only be produced with one agave variety: pacifica, also known as yaquiana. This particularly hearty agave ripens in as little as six years in the hot and arid climate of Sonora. The production is similar to other agave spirits, with in-ground cooking, varied crushing methods including by hand and machine, and wild yeast fermentation.

Because of the clandestine history of production, alternate and sometimes downright strange materials can be found in production, including plastic fermentation tanks. Similarly, stills are often crafted out of unconventional materials. Bryant Joel Orozco, a Los Angeles bartender whose family has produced bacanora for generations, explains: “They had to use whatever they could get their hands on, so car radiators would be repurposed into a condenser, and what we would know as pot stills would really be oil drums.”

Because the production relies on just one agave variety, bacanora lends itself to general flavor descriptors better than most other agave spirit categories. Ivan Vasquez, owner of Los Angeles’s Madre Mezcaleria, weighs in: “Bacanora has alluring flavors: dry, complex, and peppery with an earthy and low mineral flavor finish.” With slow but steadily growing interest, there are only a few bottles in the U.S.; Rancho Tepua is one with consistent availability, as well as Yoowe, Santo Cuviso, and Sunora Bacanora on the West Coast.

Sotol is made like other traditional agave spirits, but the source material itself is the dasylirion plant family. Similar to agave, dasylirion is a close cousin with key differences including a 10- to 15-year maturity time. It’s common in some areas to make a spirit from both agave and sotol plants in one batch.

Until recently, the spirits industry did not differentiate between sotol varieties, though like agaves, there are varietal differences. It’s becoming more and more common to see the breakdown of dasylirion varieties (like wheeleri, leiophyllum, and cedrosanum) included on bottle labels.  Shad Kvetko, co-owner of Las Almas Rotas Mezcaleria in Dallas, muses about the flavor profiles of sotol: “From the green piney notes in a wheeleri to the earthy petrichor and leather of a leiophyllum, the earth, the climate, and the hand of the maker all play an important part in the final flavor profile.”

Sotol production is limited to Durango, Chihuahua, and Coahuila. Sotol has its own D.O., but it isn’t recognized officially by the United States, opening the door for gray areas, like one producer of “Texas Sotol.” Demand and supply of sotol has been healthy over the past five years, with more than a handful of brands, such as Flor del Desierto, Clande, Fabriquero, and Sotol Por Siempre, available.

There are dozens of other subcategories of agave spirits with unofficial designations, prohibited from using the term mezcal for political reasons, although their traditions may date back many generations. Often these fall under the generic umbrella of Destilado de Agave.

Chacolo, the newest offering from Heavy Métl Premium Imports, is an example of a spirit lawfully prohibited from being called tequila or mezcal, even though it’s a traditional product from Jalisco. “The growing availability of Destilados de Agave makes accessing more unusual distillation traditions possible,” says Briggs.

Some brands—such as Cinco Sentidos, Rezpiral, and Mal Bien, that are within their legal rights to use the term “mezcal”—are eschewing it to shed the additional restrictions and costs that come along with certification.

Within the state of Jalisco alone there are category-defying offerings like Siembra Valles Tequila Ancestral, a tequila produced like a traditional mezcal; and Balancan Tuxca, which comes from the border of Jalisco and Colima, considered to be the birthplace of agave spirits.

Comiteco is another niche agave spirit from the southern state of Chiapas, though not at all like a mezcal. Comiteco is made by distilling pulque, the naturally fermented sap of the agave that dates far back into prehispanic culture. Currently available comitecos available in the U.S. are 9 Guardianes and D’Antano.

“I believe the only way we can keep the traditional mezcales alive is for us to educate the public about them and continue to educate ourselves,”shares Vasquez.

With myriad variations in regional styles, unique production quirks, and heritage shrouded in mystery, the agave spirits category is alluring, as Briggs notes: “It’s encouraging to see beautiful and once-ignored agave spirits demand the same kind of respect as rare bottles of aged grain alcohol from Kentucky or Indiana.”