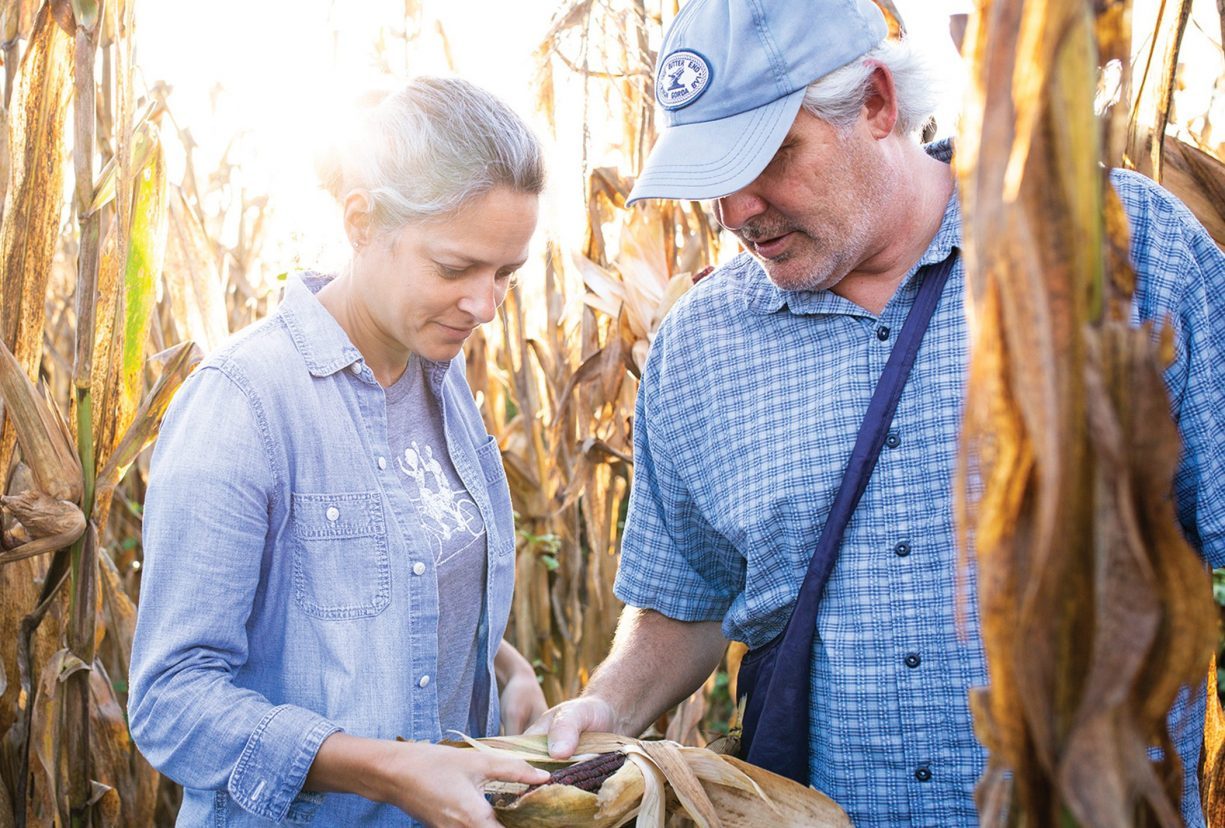 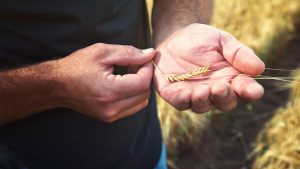 From Tennessee, Texas, and Ireland, distillers in search of distinctive flavors are reviving near-extinct heirloom corn, wheat, and barley varieties

As a young man, Fugitives Spirits’ Jim Massey puzzled over why heirloom corn wasn’t being used to make whiskey. His father—head of the Tennessee Wine and Spirits Retailers Association—grew heirloom varieties such as Tennessee Red Cob and Bloody Butcher, and Massey long believed they had promising potential in distillation. “When you ate the different corns, they all had different flavors,” he explains. “So why wouldn’t the whiskey?”

Massey, who established his Fugitive Spirits distillery in Nashville in 2016, is joined by a growing number of other producers devoted to the revival of heirloom grains. Motivated both by the search for more distinctive flavor profiles as well as the desire to save fading strains from the brink of extinction, these distillers are broadening the scope of whiskey, and pushing the farming focus from quantity to quality.

“Using heirloom grains is a smart choice for distillers, both for the environmental reasons that I do, and also because—now more than ever—whiskey drinkers tend to be interested in the process and ingredients that go into their spirits,” says Jamie Biel, director of science and sustainability at Treaty Oak Distilling in Dripping Springs, Texas. “The more heirloom grains gain popularity, the more the farming industry will respond and make these grains more accessible, which will shift the focus of agriculture back to a smaller scale. This will encourage more environmentally-responsible practices while infusing diversity into our food supply.”

And consumers are open to them. “Many Acme customers are self-described ‘whiskey geeks,’ so they love it when we introduce them to a new product,” says Jennifer Seidman, owner of Acme Bar & Company in Berkeley. “I think the concept of heritage grain whiskey is geared toward smaller producers and smaller production, so I think it will stay more of a niche market. But that does not mean it will not grow.”

The impact of corn other than the standard yellow dent is something Kentucky distillers have been thinking about for awhile Buffalo Trace in Frankfort has grown different strains including Boone County White, Japonica Striped, and Neon Pink Popcorn—and there are rumors that a heritage grain Pappy Van Winkle is in the works.

Treaty Oak has made whiskeys with Green Oaxacan (a variety that Biel says yields a roasted, earthy flavor) as well as Hopi Blue, White, and Bloody Butcher. “Each variety confers a slightly different bouquet of flavors to the whiskey that we distill from them. The Hopi Blue and White kernels tend to be very mellow, while the Bloody Butcher has a strong starchiness and robust grain flavor that translates through distillation.”

According to the research chair at Vanderbilt University, the greater depth of flavor found in heirloom corn comes from hundreds more congeners than standard whiskey corn. The proof is in bottlings like Fugitive Spirits’ Grandgousier Tennessee Whiskey crafted with Hickory Cane corn, one of the oldest varieties grown in the south and known for its abundant flavor and hardiness, Massey describes.

The challenge facing all distillers in search of heirloom grains is supply: Because of their low yields, these grains rarely produce enough to entice farmers to grow them. Often, distillers must form collaborations with growers to ensure any quantity at all. Massey began distilling with Tennessee Red Cob, but couldn’t secure enough and switched to Hickory Cane when he found a farmer growing it. Then, other distillers joined in creating a swell in demand. “Twenty years ago I couldn’t get anyone to talk to me about this sort of thing; this year we’ve got 250 acres of Bloody Butcher in the field and another 50 acres of Hickory Cane.”

Prioritizing flavor over volume is a switch that very few farmers have made, says Payton Mason, the CFO of Laws Whiskey in Denver, which uses only Colorado-grown grain. “The grains we’re using are not grown for yield; they’re grown for flavor, so it’s not as efficient to grow them for us. If you’re going to sell to a commodity exchange they don’t care,” he says. “They pay by the bushel and that’s it.”

By working with family farmers, Laws was able to develop a Colorado-only four-grain bourbon. “We didn’t set out to make whiskey with a certain heirloom variety,” Mason recalls. “But through our journey as a distillery we came across these farmers and grains and thought, ‘These are amazing flavors.’” Using soft Centennial White wheat rather than hard grain red winter gives Laws whiskeys a softer and gentler character, Mason describes, and the rye, grown 8,000 feet above sea level, yields uniquely concentrated, more pronounced flavors.

Scott Blackwell, cofounder of High Wire Distilling in Charleston, South Carolina, has been growing Jimmy Red corn since 2014, and he recently took steps to protect the source, working with geneticists to isolate seed grow-out and phenotyping.

“We have been working with our farmers on seed security,” Blackwell says, explaining how growing for seed must take place in a controlled environment to prevent corruption from other outside pollens. “We’re able to more or less fingerprint the Jimmy Red and keep that DNA consistent going forward; the unique flavor we are getting could be lost as the plant drifted or changed over time.”

The team at Whiskey Acres in Illinois. Photograph courtesy of by John Fedele

The flavors these varieties impart—wheat, cinnamon, brown sugar, and honey from the Jimmy Red and floral, sweet, tropical fruit from the Abruzzi rye—are worth the effort. “We consistently find in the corn a compound called cinnamic acid, basically what is found in cinnamon. We have a spice quality even before it goes in the barrel. It’s also got a lot of oil and a lot of beta carotene which the yellow and white corn varieties don’t have. We consistently get what I describe as a wheated whiskey flavor. Then we get spice like you would from a rye whiskey from the cinnamic acid. A lot of people will drink it and think there’s wheat or rye in our whiskey when it’s 100 percent corn.”

Other hybridized but unusual whiskey grains are also gaining traction. At Whiskey Acres in DeKalb, Illinois, father and son farmers Jim and Jamie Walter, along with partner and head distiller Nick Nagele, make a Blue Popcorn whiskey. “I know it sounds cliche, but it tastes like buttered movie popcorn: robust, sweet, flavorful, not sugary sweet, very soft, and with a nice viscosity,” describes Nagele. “It makes a high-quality, high-value whiskey.” And it’s been a hit—after starting with a couple of barrels, they now have 50 to 60 aging.

As a farm distillery, they grow their own grains, which gives them some experimental freedom. For Whiskey Acres’ Artisan Series, they first tried Oaxacan Green. “It almost tastes like rye whiskey, with a sort of corn chip spice that makes it unique,” Nagele says. Next up is a Bloody Butcher bourbon, and they’re also working with the multi-hued Glass Gem Popcorn. “The challenge is the ears are small, so it’s difficult to get kernels off. And the seed is cost prohibitive, so we’re working on growing our own seeds. It’s a unique way for us to carve out a niche, to really showcase and capitalize on the fact that we have a farm and can go from seed to spirit.”

At the Waterford Distillery in Ireland, owner Mark Reynier has embarked on an ambitious project to prove the existence of terroir in whiskey with a series of single-farm whiskeys. He’s also committed to resurrecting a number of lost Irish barley strains, an effort he began with an ancient variety called Bere years ago at the Bruichladdich Distillery on the Scottish island of Islay.

“At Waterford, I wanted to explore this further,” Reynier says. “The modern varieties of barley that we are obligated to use by the industry have not changed flavor-wise in 50 years.”

From a seed bank, he collected tiny amounts of a variety called Hunter, popular in the 1960s, and Goldthorpe, a grain successful in the 1900s. The distillations from these barley strains won’t be available for another two years, but he intends to “analyze what flavors those three varieties have, what levels they occur in, and how they are influenced by Ireland’s terroirs. It seems to me to be common sense that if you’re going to make Irish whiskey with Irish barley, it sort of ought to be suited to Ireland’s terroirs and climates. And then perhaps we may be able to identify what those flavor compounds are and breed them with modern varieties to try and reintroduce some of those older flavors in a more economically realistic way.”

Like all the grain pioneers, Reynier realizes that the future depends on the economic viability of farming these rare strains. With more consumers eager to explore the world of heritage grain whiskey, and more farmers willing to grow them, he’s hopeful that the niche category could reach a place where everyone profits.