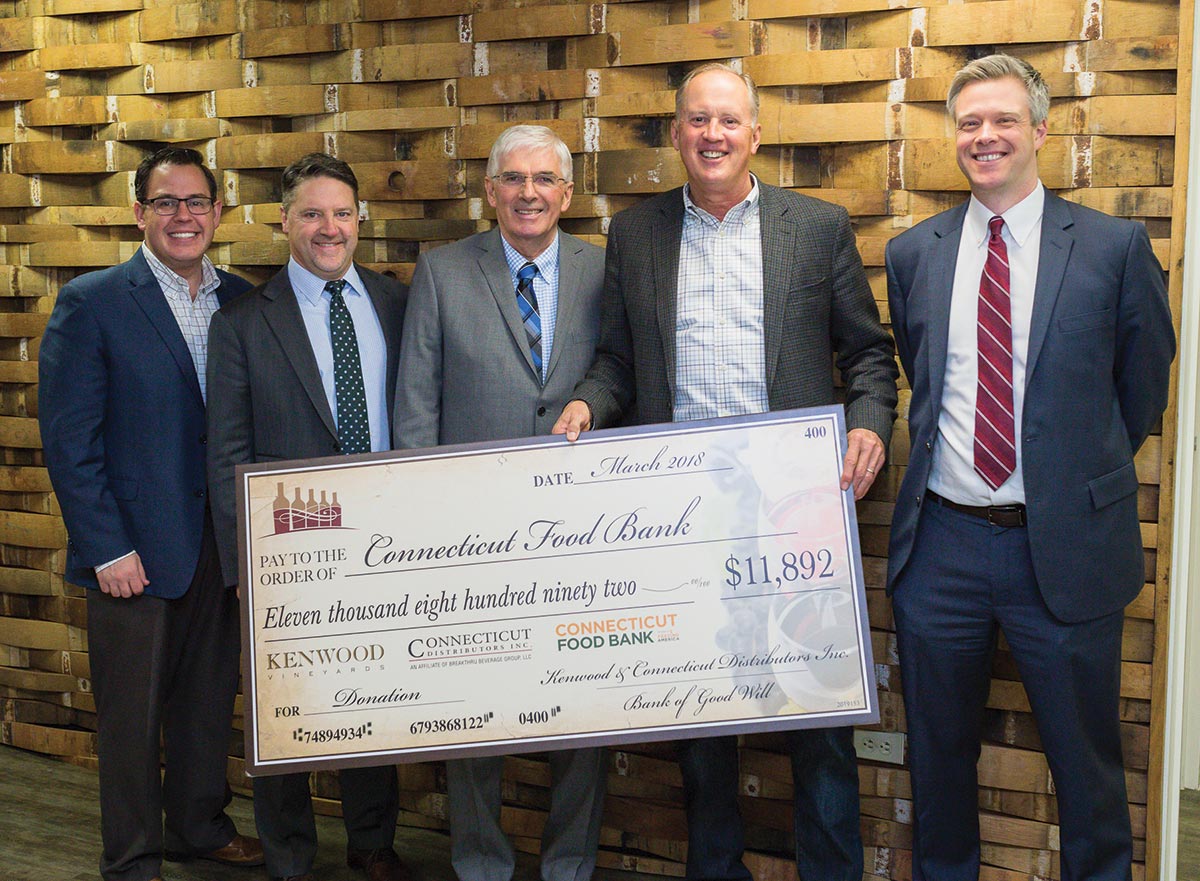 Connecticut Distributors, Inc. (CDI) presented a check to the Connecticut Food Bank for $11,892 on March 9 as the 2017 result of its annual Kenwood Wines campaign. Money raised from local sales of Kenwood Wines funded the donation, which will provide 23,784 meals for children and families in need of assistance. CDI has supported CFB since 2002, donating a total of $99,731, which translates to 199,462 meals. 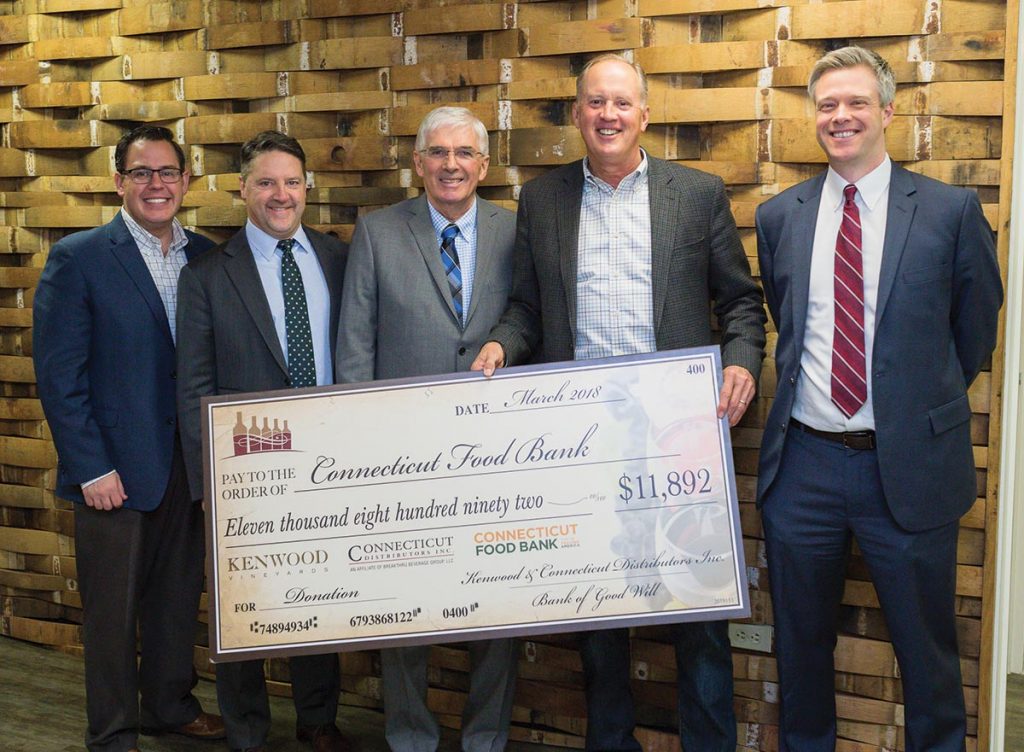