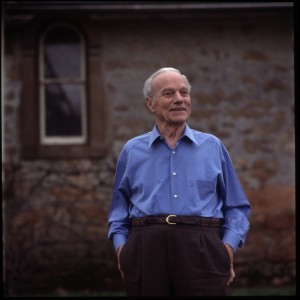 Peter Mondavi Sr., a Napa Valley innovator who steered his family’s Charles Krug Winery through more than a half-century of revolutionary change in the industry, died on February 20th at his home in St. Helena, California, on the Charles Krug estate surrounded by his family. He was 101. Known for introducing a number of significant advancements to California winemaking, Mondavi earned legendary status among Napa Valley vintners.

Mondavi began his career in wine when Napa Valley was chiefly known for inexpensive jug wine, or “vin ordinaire,” as he would refer to it. In 1943, his parents purchased Charles Krug Winery, which even then enjoyed a long pedigree. Prussian emigrant Charles Krug founded his eponymous winery in 1861, making it the oldest operating winery in the Napa Valley today.

Mondavi worked the property with his family and eventually assumed the role of president and CEO upon his mother’s death in 1976. Mondavi invested a lifetime in building, growing and protecting his family’s business. Asked late in life to note his proudest accomplishment, he replied, “Never losing control of our family winery. If I could, I would tell my father: I did the best I could during the difficult years. I was determined and we held on.”