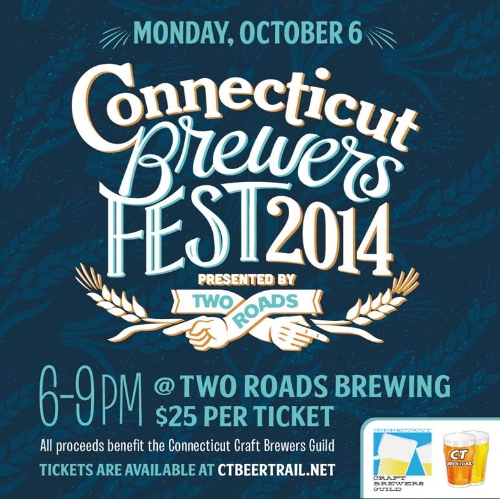 What: The First Connecticut Brewers Festival 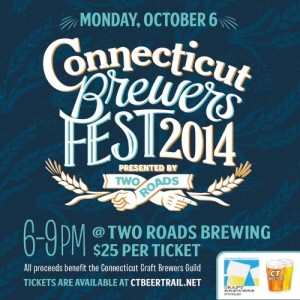 About: Connecticut, like most places around the country, is seeing a boom in craft beer, with over 25 breweries are operating within the Nutmeg State and more opening every month. As a prelude to CT Beer Week (October 13-20), over 20 breweries from around the state will converge the week prior on Two Roads Brewing Company in Stratford for the first ever Connecticut Brewers Festival on Monday, October 6th from 6-9 p.m.

“Two Roads Brewing will make a great location for this fest, if you have not yet been there you should make a point to do so,” said Bryon Turner, founder of CT Beer Trail. “Two Roads is a true craft beer destination, the building has a great deal of history and character, and visually the brewery is impressive; a great backdrop for this event that will benefit the craft brewers associated with the CT Brewers Guild.”

In addition, only 250 tickets will be available for festival-goers, making this the hot ticket item of the autumnal season. Tickets are $25, which gets patrons a pint glass commemorating the event as well as unlimited three ounce pours of some of their favorite CT beers. The event is 21+. All proceeds to this event benefit the Connecticut Brewers Guild. For ticket sales and more information about participating breweries, visit www.ctbeertrail.net