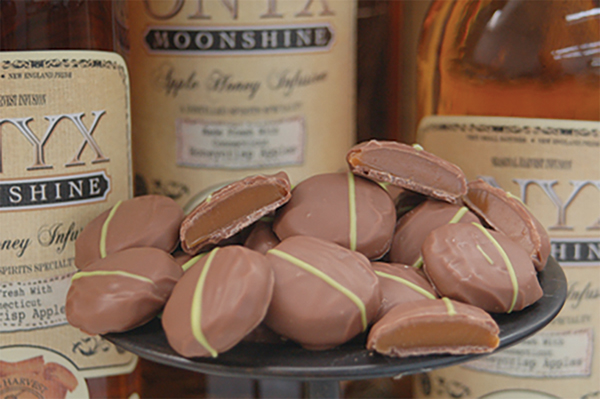 Onyx Spirits Company joined forces with Connecticut chocolatiers, Munson’s, to release a seasonal, milk chocolate-covered Apple Honey Caramel. “This collaboration is a year in the making with the folks at Onyx Moonshine,” said Munson’s Vice President of Sales and Marketing, Jim Florence. “We have been trying to create a product that would be perfectly enhanced by the addition of a flavored moonshine and when Onyx launched their Apple Honey Infusion, we knew we had the makings of a fabulous new seasonal specialty,” he added. The Apple Honey Caramels are available in Munson’s retail stores for a limited release. Onyx Apple Honey Infusion became available to stores the first week of October and is made with local Honeycrisp apples harvested at Blue Hills Orchard in Wallingford, Connecticut. Only 500 cases have been produced. 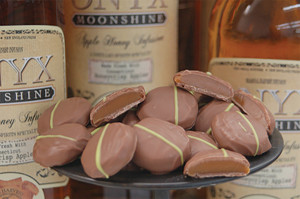 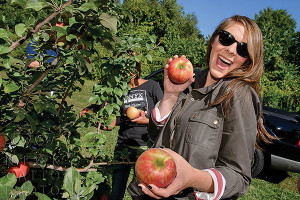