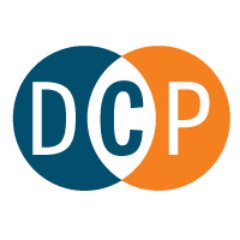 From the Office of M. Caitlin S. Anderson

This statement will clarify the rules around gambling and related activity at locations holding an on-premise liquor permit. Gambling is illegal under General Statutes § 53-278b and cannot be offered at any liquor establishment. “Gambling” means the risking of money or something of value for gain when that risk is dependent upon chance or the operation of a gambling device.  See Conn. Gen. Stat. § 53-278a(2). Gambling includes casino games such as poker, blackjack, roulette, and slot machines.  It also includes card games (e.g., drawing a winning card from a deck), dice games (e.g., rolling to match five dice), and sports pools (e.g., Superbowl squares) where the winner is selected by chance.  Note that neither the wager nor winnings need be money; credit, food, clothing, glassware or even priority seating or parking spaces can all be considered items of value for gambling.

It is also important to note what is not gambling. Gambling does not include legal lottery allowed by state law, such as Keno. Nor does gambling include contests or games based on skill, speed, strength, or endurance where awards are given to the participants.  For example, participants in a pool tournament, cornhole bracket, or trivia night are not gambling when they engage in those activities. Id. Gambling does not include any game or wager that is incidental to a bona fide social relationship, such as a group of friends betting between themselves on a sports event or a monthly poker night. See Conn. Gen. Stat. § 53-278b.  This exception, however, does not generally apply to social events sponsored by a liquor permittee, even public or private clubs.

Finally, gambling does not include legal activities defined under Chapter 98 of the General Statutes, such as bazaars, bingo, raffles, and sealed tickets.[1] These games, however, can only be offered under the following circumstances:

Therefore, on-premise permittees may conduct bazaars, bingos, raffles and sealed ticket games provided: (1) the game is sponsored by a qualifying organization and receives the proceeds of the game;  (2) all necessary approvals to conduct the game are secured, and (3) the game is conducted according to any rules or limitations imposed by the municipality.  In order to ensure compliance, on-premise permittees hosting such games should keep in the premise a copy of any license, permit, or written approval during the duration of the game.  The Department reserves the right to request copies of such approvals during an inspection or investigation.  If a permittee fails to obtain necessary local approval or conducts the game in a manner that violates state law or municipal rules, the Department will treat the game as illegal gambling.

Please note that drinking games in which participants are encouraged to consume alcohol to win a prize remain prohibited. See Regulations of Conn. State Agencies § 30-6-A24b(b)(4). It is also against state law to raffle alcoholic beverages. See Conn. Gen. Stat. § 7-177.

[1] Bazaar is defined as “a place maintained by a sponsoring organization for the disposal of merchandise awards by means of chance.” Bingo is defined as “a game in which each player receives a card containing several rows of numbers and, as numbers are drawn or otherwise obtained by chance and publicly announced, the player first having a specified number of announced numbers appearing on the player’s card in a continuous straight line or covering a previously designated arrangement of numbers on such card is declared the winner.” A raffle is defined as “an arrangement for raising money by the sale of tickers, certain among which, as determined by chance after the sale, entitle the holders to prizes.” A sealed ticket is “a card with tabs which, when pulled, expose pictures of various objects, symbols or numbers and which entitles the holder of the ticker to receive a prize if the combination of objects, symbols or numbers pictured matches what is determined to be a winning combination.” See Conn. Gen. Stat. §§ 7-169, 7-169h, and 7-170.

The Department of Consumer Protection, through the State Liquor Control Commission, oversees all sales of liquor in the State of Connecticut.