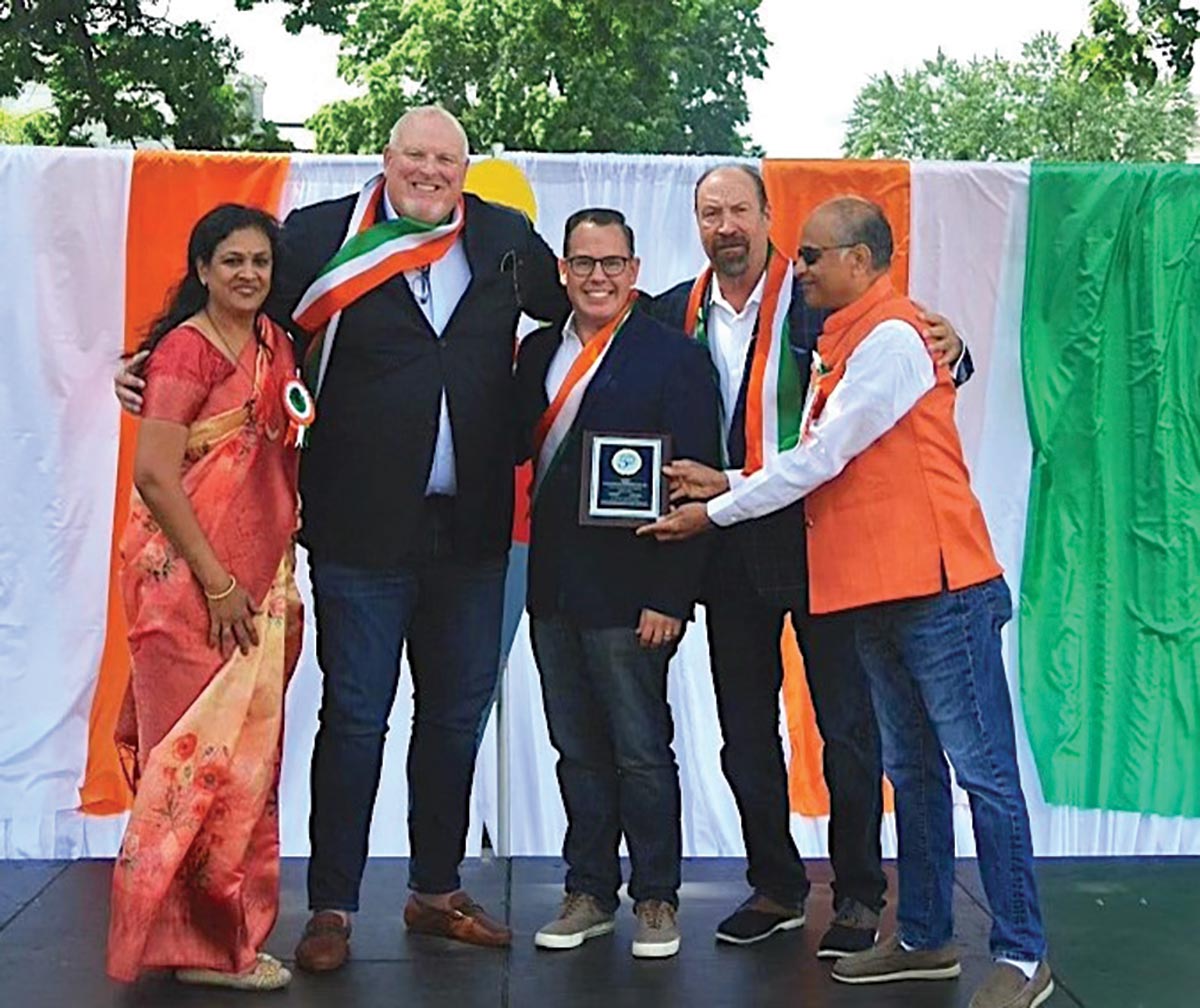 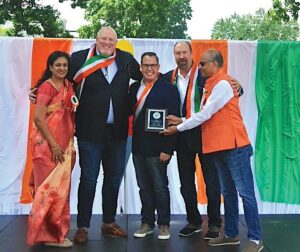 Connecticut Distributors, Inc. (CDI), received an award of recognition from the Indian Association of Central Connecticut (IAOCC) for its continued support of the Indian community. The award was presented during an event to celebrate India’s 75th Independence Day at the State Capitol on Aug. 13 in the presence of Gov. Ned Lamont, Deputy Consul General of India Dr. Varun Jeph, several mayors of neighboring towns, state representatives and other dignitaries. The civic and cultural event included a flag-raising ceremony. The colors in the flag and award sashes align with values, attributes and aspirations: saffron for strength and courage, white for peace and truth, and green representing fertility, growth and auspiciousness of the land. “Supporting diverse communities and interests is a core pillar at Connecticut Distributors, and it was a great honor for CDI to be recognized by the IAOCC at this special event. We had an amazing day of learning, sharing and celebrating the Indian culture and traditions. A special thank you to Purnima Shah, Bakul Desai and Ranchhodbhai Patel for this great recognition,” said John Slocum, President, CDI.