Miracle Bars Pop Up in Connecticut for the Holidays 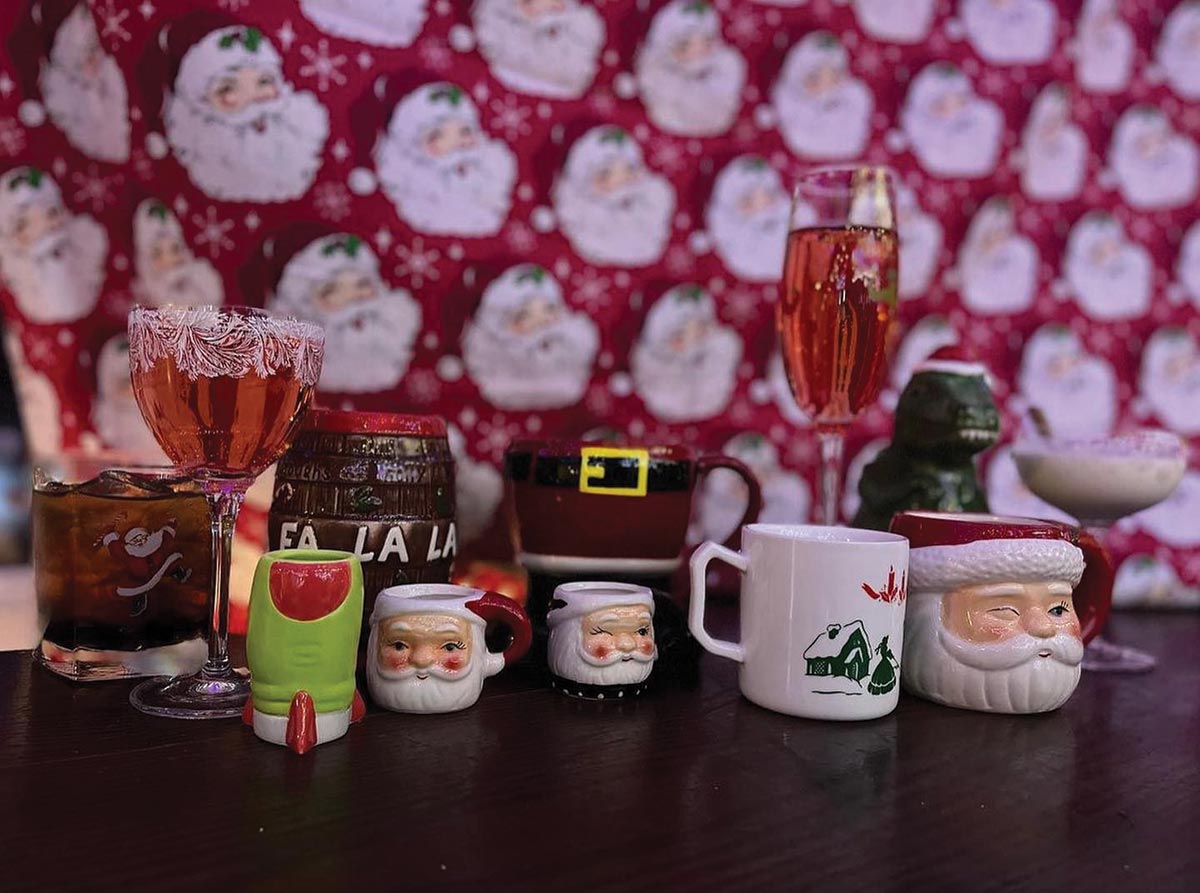 The international Christmas-themed pop-up bar Miracle was hosted at two locations in Connecticut during the 2021 holiday season: Highland Brass Co. of Waterbury and Riley’s By the Seawall of Stratford. Officially opened at Highland Brass on Nov. 22 and Riley’s By the Seawall on Nov. 23, the pop-up brought the now-iconic kitschy holiday décor, costumed bartenders and holiday-themed craft cocktails to the Bridgeport and Waterbury areas. Both venues hosted their own events during the season, including an Ugly Sweater Party on Dec. 4. Venues offered a variety of festive cocktails through Miracle, including the Bad Santa, a blend of aged Jamaican rum, velvet falernum, oat milk and mixed spiced butter; Elfing Around, featuring mulled wine reduction, prosecco, gin, grapefruit shrub, aromatic and orange bitters and the Jingle Balls Nog, a mix of cognac, cream sherry, almond milk, cream, egg, vanilla and nutmeg. 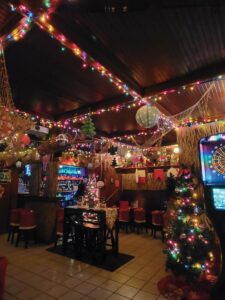 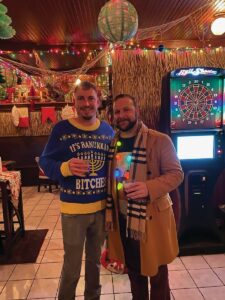 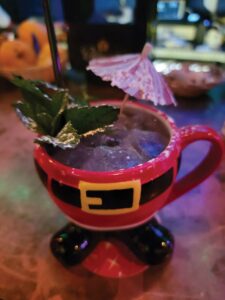 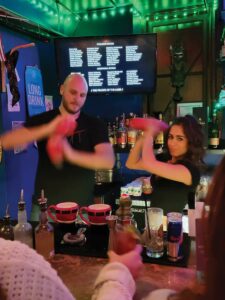 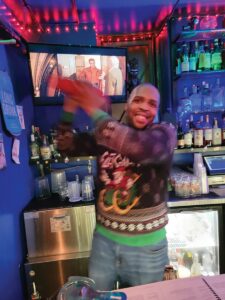 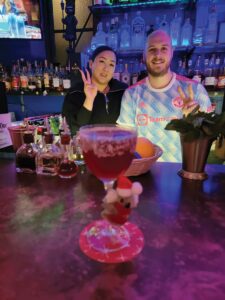 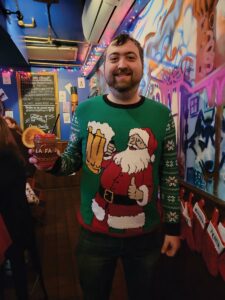 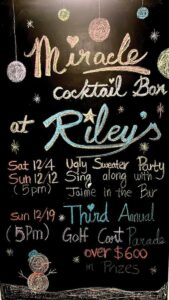 Riley’s By the Seawall in Stratford hosted a variety of seasonal activities, a second selected site for the Miracle Bar pop-up. 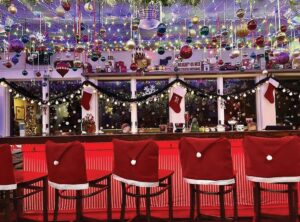 Decorated for the holidays, the bar at Riley’s By the Seawall features cocktails from the Miracle pop-up. 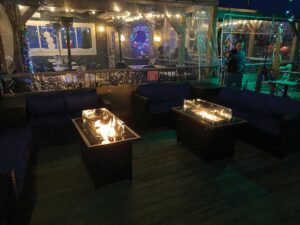 Outdoor firepits on the patio at Riley’s By the Seawall. 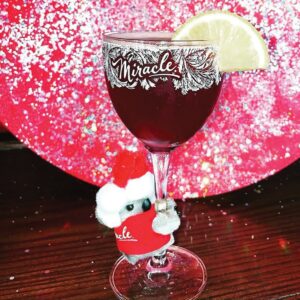 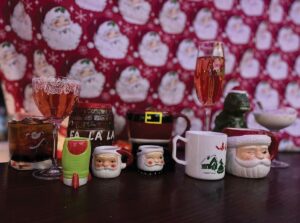 Miracle Bar cocktails at Riley’s By the Seawall.