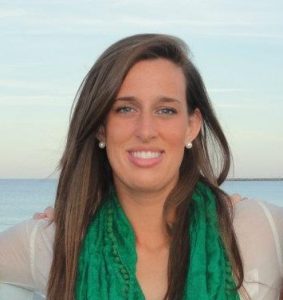 Rapid growth of the ecommerce market finally brought the significant online sales and use tax loophole to light, which, for a long time, was a huge detriment to brick-and-mortar retailers who adhere to many complicated tax requirements. With the recent Supreme Court decision in the South Dakota v. Wayfair, Inc. case, that loophole may finally be closed, but not without major obstacles and consequences.

On June 12, 2018, the Supreme Court announced its decision in the South Dakota v. Wayfair, Inc. case, overturning the 1992 ruling in Quill Corp. v. North Dakota, which said that sellers must have a physical presence in a state before they can be required to collect sales tax there. Although the ruling has implications for all retailers, some more serious than others, participation in collecting taxes from out-of-state sales is still voluntary.

Any state that elects to participate would have to adhere to the Streamlined Sales and Use Tax Agreement (SSUTA), which requires adoption of uniform definitions, rates and regulations to remain in compliance. Violations of these requirements would result in penalties including repayment of unredeemed taxes, and removal from the SSUTA. This means that Connecticut would have to revamp its current tax structure in order to fall under the same definitions, regulations, and rates required by the SSUTA.

Connecticut package stores alone have a tax structure which would not be in compliance with SSUTA. Package stores in Connecticut are not only required to include sales tax in the price of alcohol, but they also include a range of excise taxes based on the type and ABV of the beverage, inventory or “floor” taxes, a bottle deposit and whatever Federal excise taxes are passed along in the price of the product by the manufacturer. There are tax exemptions for certain volumes of alcohol sold, as well as for beverages under a certain ABV.

Under SSUTA, no exemptions are allowed, all sales and use tax rates must be the same and “replacement taxes” in the form of excise taxes or any other methods which “circumvent the agreements intent” are prohibited. For example, if a lower sales and use tax rate is adopted by Connecticut to use for all goods and services, the tax revenue lost on certain products cannot be made up with an excise tax increase.

Another issue is that many of SSUTA’s definitions differ from Connecticut’s. For instance, “candy,” as defined by SSUTA, excludes any preparation including flour. This would mean many of Connecticut’s candies which are currently taxed would no longer be taxable. Definitions by SSUTA define alcohol beverages as “beverages that are suitable for human consumption and contain one-half of one percent or more of alcohol by volume.” This would mean that a uniform sales and use tax would be levied on alcohol beverages by that definition when an out-of-state vendor sells to an in-state consumer. Price and quantity tax exemptions are also not allowed.

One exemption that will affect local manufacturers if eliminated would be the “Manufacturing Recovery Act of 1992,” which levies a 50% exemption of the purchase price for purchases of materials, tools and fuels, and machinery and equipment at an effective rate of 3% on manufacturers, fabricators and processors. This will undoubtedly drive the prices of locally crafted items up, passing another increase on to local retailers. Multiple sales tax rates, exemptions based on value of an item, and different tax models for different services are all prohibited under SSUTA.

It would be up to our legislature and governor to determine how to proceed with the simplification of tax rates, exemptions and remittances if Connecticut was to apply for inclusion. We will likely see proposals stemming from this decision in the next legislative session, and we will keep CPSA members informed of any possible changes.

To read the full report on this matter released by the Office of Legislative Research, go to www.cga.ct.gov/olr and visit the “Reports” page. The report is 2018-R-0182 Streamlined Sales and Use Tax Agreement.