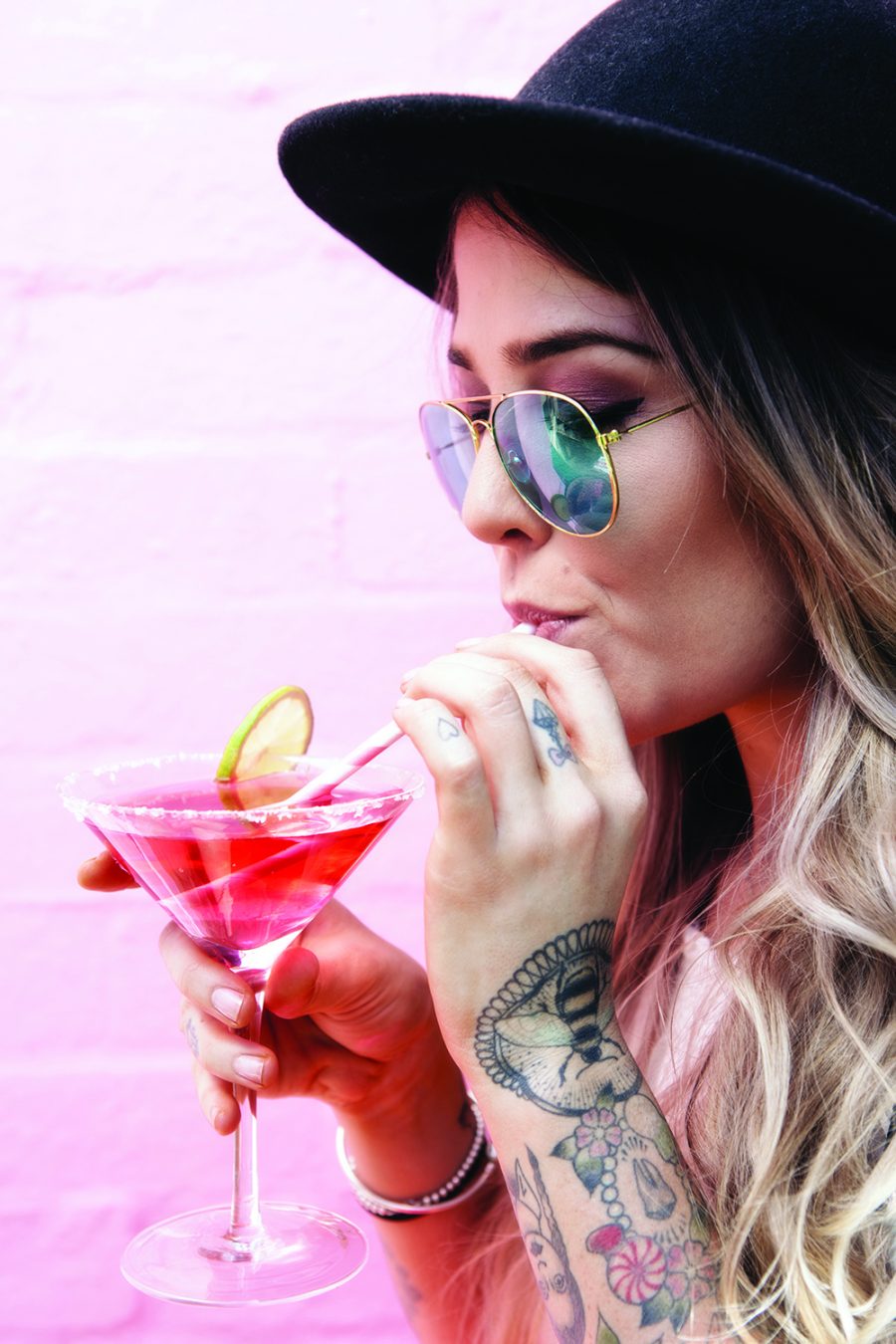 After 15 years on center stage, Millennials are about to have to share the spotlight with a new generation whose arrival will rock the consumer scene: Generation Z (or iGen), born from about 1996 to 2012.

The oldest of this group are just 22, but already Generation Z is drinking about 20% less than Millennials did, according to a 2017 survey by Berenberg Research. The same survey predicts this generation will consume 10% less alcohol per capita than Millennials through age 49.

This is huge because Generation Z is huge: 86.43 million U.S. residents in 2017 (Statista) versus 71.86 million Millennials and 73.47 million Baby Boomers, the latter a population that is beginning to decline. If marketers have paid avid attention to the wants of Millennials in recent years, it is in part because that generation will surpass the population of Baby Boomers in 2019, becoming the largest consumer generation. But Generation Z is already the largest generation by far and will soon be independent consumers themselves. Understanding what today’s 21-year-old finds compelling may help the drinks trade capture the imagination of these newest legal consumers.

Queena Zeng is a 21-year-old consultant for JÜV Consulting, which is staffed exclusively by members of Generation Z. She cites her generation’s status as digital natives—they can’t remember a time without Internet—as the most important factor influencing how they process and interact with the world. Their ownership of smartphones is almost universal—98% as of 2017, according to Nielsen.

And Generation Z spends so much time online that it has radically changed their behavior and development, even compared to Millennials who are only slightly older, according to psychologist Jean Twenge. She attributed the difference to smartphones in a 2017 article in The Atlantic: “The Millennials grew up with the Web as well, but it wasn’t ever-present in their lives, at hand at all times, day and night.”

Zeng says social media is one big reason for the projected decline in alcohol consumption among Generation Z: “We know that social media actually makes us less physically social—we meet up with people less. And alcohol is a social event.” There’s also new competition for the activities other generations traditionally fell back on. “We’re embedded in this digital world with so many other distractions…alcohol is one of the other things we would consume or do for fun.” Lastly, she says, “Social media kind of monitors our behavior, too. It presents our self to others.” Knowing that all behavior, good and bad, will end up online has an effect on what activities will be chosen.

Authenticity has been a catchword in Millennial marketing but it is the number-one value of Generation Z, according to Zeng. To explain why it matters more to her generation she circles back to their status as digital natives who receive almost all information online. “We’re trying to figure out what’s real or not, constantly,” she says. “Because we’re exposed to so many different things…we’re able to understand, learn what is real.” Authenticity may be a currency for brands and businesses, but for individuals, “authenticity is being true to self in this digital realm.”

This affects how Generation Z filters the information they receive. Zeng stresses that Generation Z is not naïve about how marketing works. She uses social media influencers as an example: “We recognize what is happening here, we understand that they’re getting paid; do we really like the product?” For brands and businesses, authenticity boils down to being able to offer something this generation can stand behind—a “story” that speaks to their wants and concerns.

When starting her import business, Mika Bulmash (above, right) had the idea to forge collaborations between established U.S. winemakers and those in emerging regions. She connected Helen Keplinger of Napa Valley (left) and Ntsiki Biyela in South Africa helped Biyela self-fund her own winery.

Queena Zeng is “worried about what is going to happen in the next 20 or 50 years, politically, environmentally… Our generation really wants to fix the problems that we have and help each other out—globally.”

Generation Z are more likely to support companies that share their values. “We care about what companies are doing. We understand that they can make a difference in this world, and we want them to succeed,” says Zeng.

And there are many ways to make a difference. When Mika Bulmash started her importing business Wine for the World, her background in international development inspired her to “make the world a little bit of a better place.” She came up with the idea of collaborations between established U.S. winemakers and emerging ones from up-and-coming regions. The collaborations tend to create opportunities: The wine made in 2013 by the team of Helen Keplinger of Napa Valley and Ntsiki Biyela, in South Africa, helped Biyela self-fund her own winery, Aslina, last year.

In the store, supporting a worthy cause with purchase is an easy way for younger consumers to do good. The wine label Proud Pour makes specific promises with the sale of each bottle of California Sauvignon Blanc or Oregon Pinot Noir toward restoring oysters or planting bee habitat. And Elephant Gin’s handwritten labels each carry the name of a legendary elephant or one now being protected by partner groups. The trend of social-cause tie-ins has picked up of late. Other examples include Amarula Liqueur (elephants); Bee’s Box Wines (10% of profits to pollinator.org); and several wineries (notably J. Lohr and Sutter Home) that raise funds for breast cancer awareness and research.

For socially conscious Generation Z, the health of the planet and personal health aren’t radically different. Concern for animals and the rise of plant-based eating has boosted veganism by 600% in the U.S. between 2014 and 2017 alone, according to a 2017 Global Data trend report. Organic food has grown from 3.1% of the total food market in 2009 to 5.5% in 2017, based on Organic Trade Association figures. The healthy living trend has caught the attention of adult beverage suppliers and on-premise businesses.

Diageo, for one, offers Ketel One Botanical, with lower alcohol (30% ABV), no artificial flavors or sweeteners and no sugar. The company has also invested in Seedlip, a “distilled non-alcoholic spirit” that is made for use in alcohol-free cocktails and is sugar and sweetener free, with zero calories.

The drinks trade, too, is moderating its consumption in an effort to create a sustainable work life. This year at Tales of the Cocktail, William Grant’s opening party was entirely teetotal, with 20 booze-free cocktails on pour—an experience likely to boost alcohol-free options on bar menus across the country.

Culture also has an impact on the consumption of alcohol. Imperial Lamian in Chicago offers a menu of authentic Chinese food to a clientele that is about half Asian, says Beverage Manager Gerardo Bernaldez. He realized two years ago that some of his guests “aren’t into drinking” and added six non-alcoholic cocktails, which “increased revenue by, like, $5000 a month.” Many of those drinks have now been replaced by bubble teas with, so far, no change in demand. Generation Z is the most multicultural generation yet, according to U.S. Census statistics, including more young people whose cultures de-emphasize alcohol.

The infamous 12-second attention span among Millennials is now 8 seconds for Generation Z. But what frustrated parents might consider a character flaw is actually a symptom, once again, of life as a digital native. Constant input, both online and off, creates the need for sorting. Anything boring or irrelevant is discarded in a few seconds; items considered engaging or meaningful may get more time, or be passed along to friends. As Queena Zeng puts it, “If we like what you’re trying to communicate to us, we’ll pay attention. If there’s that storytelling that really appeals to us, we’ll listen.”

The Treasury Wine Estates brand 19 Crimes takes storytelling literally. Introduced in 2012, it won early followers for its quirky branding—a different 18th-century British criminal on each label and collectible corks that reveal the crimes committed. But in July 2017 the brand launched an augmented reality app that animates the mugshot on each label, allowing the convict to tell his or her own tale. 19 Crimes had sold 100,000 cases by 2014 and was slightly over 1 million cases in 2017. Less than a year later, Treasury confirms that 19 Crimes is a 1.5 million case brand and there have been more than 2 million downloads of the app.

Not everyone has augmented reality at their fingertips. Authentic reality still works too. Brent Kroll, founder of Maxwell Park, a wine bar in Washington, DC., says, “Everyone should be collaborative: It’s the future of somms, wine bars.” He wants guests to feel like “you’re creating an experience for them.” Engaging monthly themes, a constantly rotating by-the-glass list, and a reputation as a favorite hangout of off-duty somms gives the place a genuineness that invites guests to feel like insiders.

And retail customers were captivated by South African winemaker Ntsiki Biyela’s story when she made a sales trip to New York early this year. Twenty years ago Biyela was a domestic worker applying for study grants and took what she was offered: enology. When she arrived in Stellenbosch to start her courses, she had never tasted wine and didn’t speak Afrikaans, the language she would be taught in. Six years later she was the first black woman winemaker in South Africa.

Asked what businesses should do to reach Generation Z, Queena Zeng says, “The most important thing is definitely to listen. At the end of the day, businesses are for people. If they listen to what people want, it’s a win-win situation.”