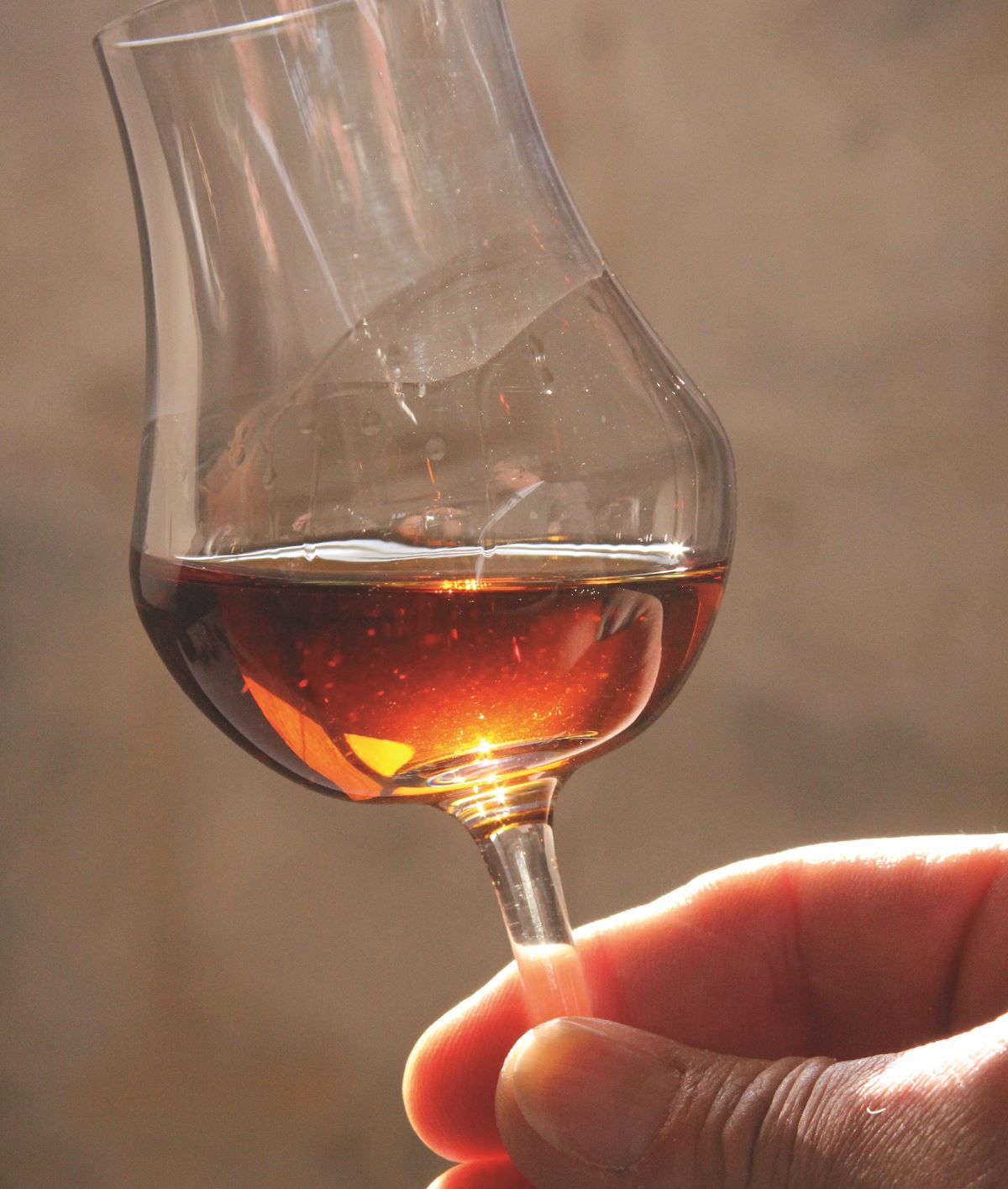 Hennessy’s “Master Blender’s” series, representative of the trend toward creative limited editions, is composed exclusively of high-quality eaux-de-vie that have been set aside specifically to be used at the Master Blender’s discretion.

Taking After Whiskey, The Classic French Brandy Is Getting Hot, Trading Up And Branching Out

When it’s a good year for Hennessy, it’s a good year for Cognac. That’s been the case for some time in the U.S., as the dominance of the market leader only seems to grow. However, other brands are finding ways to build on their bases and some are breaking out with new iterations and market approaches.

“What makes the U.S. different is the mix is heavily skewed toward the VS category, whereas worldwide the main products that sell are VSOP and above,” says Alexandra Albu, Sales and Marketing Director for Groupe Camus. “Obviously, the mixology trend which is so strong here is not as developed worldwide. A lot of VS cognac is poured behind the bar with the return to pre-Prohibition cocktails.”

VS accounts for about 70% of U.S. volume; of that, Hennessy captures about 60%, Rémy Martin about 15% and Courvoisier about 10%, according to Wall Street’s Bernstein Research.

Courvoisier’s trio of age-designated Cognacs will be joined in 2019 by a limited-time Sherry Cask offering—emblematic of recent innovation in the category.

“You can see the growth has been made mainly by the brand leaders,” acknowledges Bertrand Verduzier, International Business Director, Cognac Frapin, but he sees a halo effect: “More interest into what’s inside the bottle, more interest in how it is made, where it comes from and what’s behind the production—that’s where we find interest.”

As he suggests, Americans are starting to look for education and to trade up; according to the Distilled Spirits Council, the combined Brandy and Cognac categories accounted for about 16% of the industry’s value growth in 2017.

According to Patrick Raguenaud, President of the producers’ association BNIC, the U.S. market continued to be strong in 2018, with total volumes shipped up about 7% over the 12-month period ending October 2018. “Consumption is trending up with a faster growth of aged categories (+13.4%) compared to young categories (+4.2%). We are seeing in the U.S. market the arrival of a generation of consumers interested in authentic spirits, a generation that favors the know-how and the expression of the terroirs. This generation is interested in understanding and learning.”

Consumer interest in Cognac has never been stronger and the growth in the category reflects this, says Stephanie Kang, Director, Cognac for Beam Suntory. “We’re excited to see the future of this category, because many trends within spirits have not fully trickled down to Cognac to the extent of other categories, like bourbon,” says Kang. “More Millennial consumers now view Cognac and other luxury spirits as ‘approachable luxury,’ creating more stable demand than luxury durables.”

Cognac also works as a novel substitute, with Courvoisier here replacing gin in a French 75.

Strengths Within the Category

Beyond the luxury marketing and nightclub scene that has long been the brandy’s core, cocktail culture has benefited Cognac as has consumer demand for affordable luxury. The base of consumers interested in Cognac has broadened recently, says Hennessy’s Senior Vice President for the U.S. Giles Woodyer. “They are embracing the category for its rich history. Cocktail culture will remain a thriving area of interest among millennials, and this will play well to the strengths of Cognac, highlighting the heritage as well as the mixability of the spirit.”

For Guillaume Lamy, Vice President, Americas, for Cognac Ferrand, the current trends are a payoff at just the right time. “For 15 years or so we were growing, mostly from the on-premise and craft cocktail movement, and as of today we are also doing a lot of education with consumers.

Most Cognac sold in the U.S. is VS, which is usually mixed; VSOP and XO, more apt for sipping, are expected to gain share.

Ferrand has continued tinkering with their Renegade Barrel program, limited annual releases with a twist. The first finished Cognac in Sauternes barrels, with the second labeled an eau de vie de vin aged in oak and chestnut barrels. The first expression fell within Cognac rules, while the latter does not. The limits of those rigid rules are being explored by other bottlers to escape the VS/VSOP/XO/up ladder of age and price.

“We love the U.S. market because people love to experiment,” says Ferrand’s President, Alexandre Gabriel, who also bottles a double reserve Cognac blend of 7-10 and 20-year-old brandies finished for a year in Banyuls casks. “We’re reconnecting with old traditions that the barrel-proof and high-end bourbon consumer understands.”

Woodyer believes new ideas within the category will drive Cognac into the future, including offerings that change the perceptions of what Cognac has been, from higher proofs to changing traditional flavors. Hennessy’s Master Blender’s Selection series is an example.

Small producers are purposefully diversifying their portfolios not unlike Scotch and other high-end brown goods. Frapin, for instance offers two distinct XOs (Château Fontpinot and XO VIP), as well as a bottling highlighting Grande Champagne, and a cigar blend.

Of course, Cognac has long been able to produce releases from certain years, estate or regions. One vintage-dated example is Hine’s Domaines Hine Bonneuil 2008, the third expression in a collection of single grand cru, single estate, single harvest Cognacs.

Also just arriving: Camus XO Borderies Family Reserve, a single-estate Cognac produced in the Borderies, the smallest in the Cognac appellation, known for aromatic brandies. Camus also distinguishes itself in the market by using small pot stills and distilling on the lees in order to extract maximum flavors.

Broadening the base at a time when the category is surging and more consumers are entering the category makes perfect sense, especially as American consumers are constantly looking to new ways to enjoy their favorite tipple. “There is still room for innovation at every stage of the production process, says Ned Duggan, Vice President, Brand Managing Director, D’Ussé Cognac. From the aging in casks made of oak from different varietals or origins, to finishing in casks that have before contained other wine-based products, there are already a lot of options.”