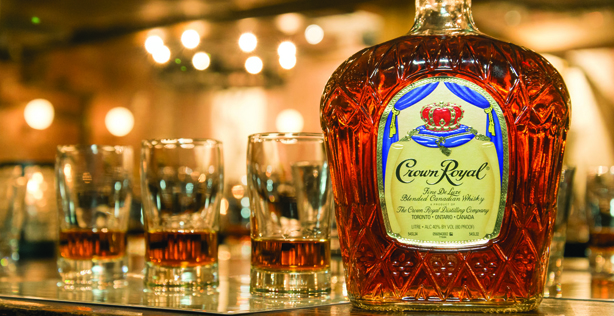 Paced by Rye, Flavors and Strong Branding, Canadian Whiskey is Mounting a Rally

Finally, it seems, the whisky renaissance has shone a spotlight on Canadian. It’s not that Canadian whisky hasn’t long been popular in the U.S.—whiskies from up north are second only to bourbon here, though more than half the volume, according to 2014 numbers from DISCUS, occurs in the lowest price tier.

Growth has been elusive, as for many years the major brands focused on smoothness over flavor as a selling point, keeping the details of production and history mostly under wraps at a time when popcorn vodka was being replaced by robust brown spirits.

But lately, Canadian has been getting plenty of attention, topped off with the recent selection by writer Jim Murray of Crown Royal Northern Harvest Rye as the Whisky of the Year in his annual influential Whisky Bible.

“We Canadians do ourselves a disservice by not telling the story of the heritage and quality of Canadian whisky,” says Dr. Don Livermore, Master Blender at the Hiram Walker Distillery. “We make rye whisky very, very well, and we’re starting to see a change in consumers now looking for more flavor. My qualitative observation is that consumers today are looking for bigger, bolder and more complex whiskies.”

“The biggest issue we have is overcoming the stigma that has been associated with the Canadian whisky category in recent years,” says Mike Price, Brand Director for Forty Creek. “In an effort to compete with vodka in the ’80s and ’90s, many of the offerings from north of the border were pale comparisons to the robust whiskies that built the country’s whisky heritage 200 years ago. Now we are seeing a real revival of the category.”

It’s been the fully robust brands labeled as high proportion ryes that have brought attention back to Canadian lately, though Livermore says distillation methods matter more. “The percent of rye is irrelevant. If the rye is double distilled in a column still, then it will taste just like any other grain whisky,” he says, pointing out that second distillation in a pot allows producers to develop rye’s spicier character.

There’s a lot of leeway for blenders to broaden the range of Canadians. For example, the Pernod-Ricard portfolio produced at Hiram Walker includes a lighter, Port-finished rye in Pike Creek; Wiser’s, a medium rye made in a style popular in the 19th century; and the powerful all-rye Lot 40.

Another example of what a little tinkering can do to make a more premium Canadian is Alberta Rye Dark Batch, a blend of 91% rye whisky topped off with bourbon and Sherry. “Alberta Rye Dark Batch combines contemporary flavor trends with classic notes of premium whisky, making it a one-of-a-kind rye for mixologists, spirits connoisseurs and whisky enthusiasts alike,” says Malini Patel, VP World Whiskey, Beam Suntory, who promises more new expressions in 2016 from the company’s Canadian brands, which include Canadian Club.

Other producers have taken notice of the interest in rye and also flavored whiskies. Diageo unveiled in 2014 the successful 70-proof Crown Royal Regal Apple, joining the 2012 entry, Maple Finished, in the portfolio. For the whisky connoisseur, Northern Harvest Rye (90 proof) and Hand Selected Barrel (103 proof) pushed the boundaries of strength. 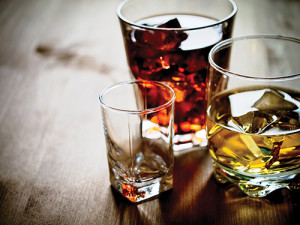 This change in attitude about what Canadian can be has been most notable at category leader Crown Royal. “A few years ago we were still a little precious about doing too much in terms of line extensions, because we were concerned it might not be the correct thing for the brand and its loyal consumers,” says Yvonne Briese, VP of Marketing for North American Whisky for Diageo. “But we found once we embraced the consumers who are looking for all sorts of new whiskies, we had such a great story and some great whiskies that go into Crown Royal, that we decided it was a great jumping off point for bringing new products to life.”

Many Crown Royal consumers are willing to try every release under the brand, she says, while others might find the flavors an entry point to the category and the more whisky-knowledgeable were curious about the Northen Rye and Hand Selected Barrel iterations. “Those two variants have a lot of appeal to non-Canadian whisky consumers and are helping the reputation and standing of Canadian,” she says, including the types of on-premise accounts not usually interested in the category.

“Our Legacy Canadian is a great example of a brand where we have a large and growing on-premise presence which is translating well into off-premise sales.  Consumers like discovering new brands and on-premise is the best place for that.  We’re investing our resources on Legacy accordingly.”

Many of the smaller super-premium brands showing growth buy their whisky on the bulk market, where they are finding more competition and tighter supplies as their brands grow. “Our success sort of forced us into a sourcing scramble,” says August Sebastiani, president of 35 Maple Street whose Masterson’s is sold as a straight rye whisky but comes from Canada. “We have the inventory now, but as a sort of negociant-style spirit supplier, we have to work hard to maintain batch-to-batch consistency and quality.”

While the supply is vast, certain brands are planning to dash into the first major opening at the higher end for Canadian here in some time. “Premium Canadian whisky has a lot of room to grow in the U.S.market specifically,” says Patel of Beam Suntory. “While the standard business is quite large, we are seeing the premium and super-premium whiskies grow overall share. This is also in line with brown spirits trends and Canadian is no different. We are excited about what’s to come from this category and the ability to innovate around specific consumer trends, interest and industry insights.”

Whiskey-making rules vary country to country, and Canada’s are relaxed but confusing, to an American at least. What can be called rye there, for example, wouldn’t meetU.S.standards; here, the mashbill must be at least 51% rye as a component. Bourbon must be made with at least 51% corn (and typically 70+%). But inCanada, a mostly corn spirit that gets small amounts of rye added to the blend can be called rye. While all Canadian whiskies include some, it’s primarily used as what Canadian tradition calls “flavoring whisky.”

Canadian is usually the product of one distillery, but U.S.laws encourage the inclusion of American spirit into the mix. Canadian whisky distilleries generally distill each grain separately, rather than combining grains for a signature mashbill. The different spirits—corn, rye, wheat and barley—are then aged separately and blended together before bottling (Canadian Club being the major exception, blended before barreling).