Getting Crafty in Rhode Island 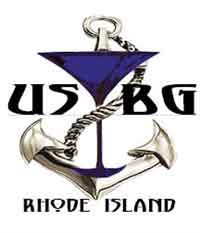 The craft cocktail scene is growing and so with it, the profile of the bartenders who create the delectable drinkables. With so many innovative ingredients matched to so many innovative individuals, it is not a big surprise that beverage menus are rivaling their culinary counterparts in breadth and depth.

Rhode Island has entered its cocktail prime time too. With the 65-member (and growing) Rhode Island chapter of the United States Bartender Guild, the local scene can only get better. According to Frank Martucci, chapter president, a lot of good things have been going on. The Beverage Journal would like to share these things with you as it is your products and your venues that help them shine here, and beyond.
They organized and hosted the 1st USGB Northeast Regional Meeting in hosting other chapters from Boston, Connecticut, New York City, Philadelphia, and Pittsburgh as well as national board members. The three day event was filled with tours at the Newport Johnson & Wales and in Providence, seminars by Bacardi Juan Cornado, Per Hermansson, Director of Sensory Analysis at The Absolut Company, Duschan Zaric from Employee Only Bar (which was just won World Best Cocktail Bar and World Best Cocktail Menu in 2011) and Charlotte Voisey from William Grant who was just named Mixologist of the Year by Wine Enthusiast Magazine.
And to add some sugar to the glass rim, the May finals of the USBG Irontender/BarWars 2012 competition at the Lighthouse Bar at Twin River Casino promises still more local excitement. Due to our deadline, the photos won’t appear until the July issue.
The USBG RI chapter does good works too: they created “86 Hunger” and donated over 400 pounds of food to local community shelters, and donated 61 refurbished bicycles to underprivileged children this past holiday season through Project Broken Wheel. They will also participate in a Midway to Christmas/Holiday event on June 25th and donate additional food and bikes this year. 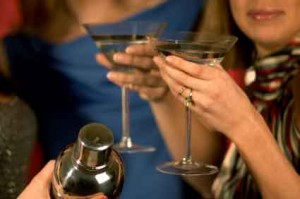 To them and their efforts we say “Cheers!” Communities like the USBG Rhode Island help the beverage industry thrive where it counts.