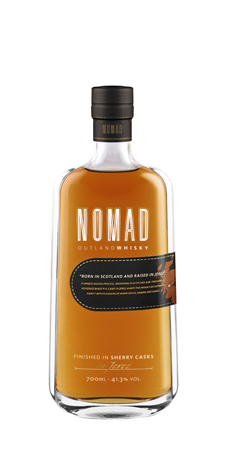 González Byass, a leading Spanish wine and spirits producer, has released Nomad Outland Whisky. A traditional Scottish malt blend produced from whiskies between five and eight years old which are left to mature in Sherry butts in Scotland for three years. Then, the whisky is brought to Spain to be aged in the San Fernando cellars of González Byass for a minimum of 12 months in barrels that had contained lush Pedro Ximénez Sherry; 82.6 proof.

SherryGonzález ByassNomad Outland Whisky
« On-Premise Advice: Rhode Island is a Brewer’s Paradise | Beer Column: From the floor. You want what? »