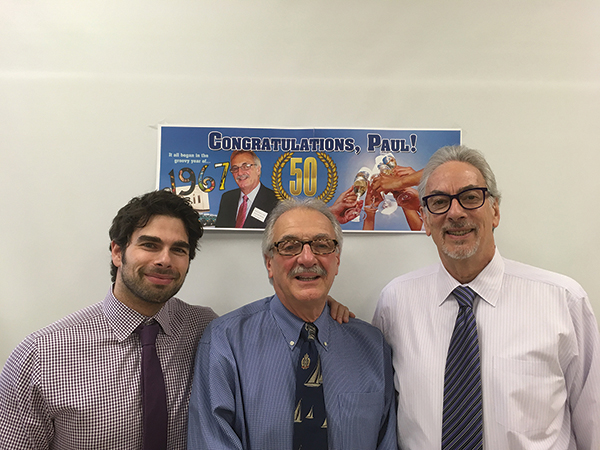 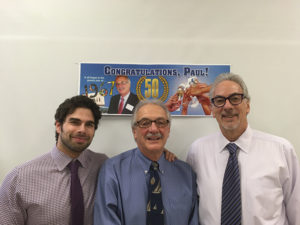 Hartley & Parker’s Paul Angelico celebrated his 50th anniversary with the company on April 3, 2017. Angelico began working with the distributor in April of 1967 as an Account Executive, first hired by Founder Julius Rosenberg. Promoted to many roles including District Manager, Angelico was most recently named General Sales Manager. Angelico has worked with three generations of Hartley & Parker’s management, now with Jerry Rosenberg, President and son David Rosenberg, Vice President.

When asked what he enjoys most about the industry, Angelico said “helping customers, mentoring sales people, working with suppliers and building brands.” In his 50 years at the company, Angelico has helped launch and build state sales of Tito’s Vodka, Absolut, Skyy Vodka, Goldschlager, wine selections from Robert Mondavi and Rodney Strong, and many others. “It’s just been a great company to work for, that’s why I still love coming to work. The goal is not retirement, the goal is being happy and I’m happy to work, and I love building brands.”