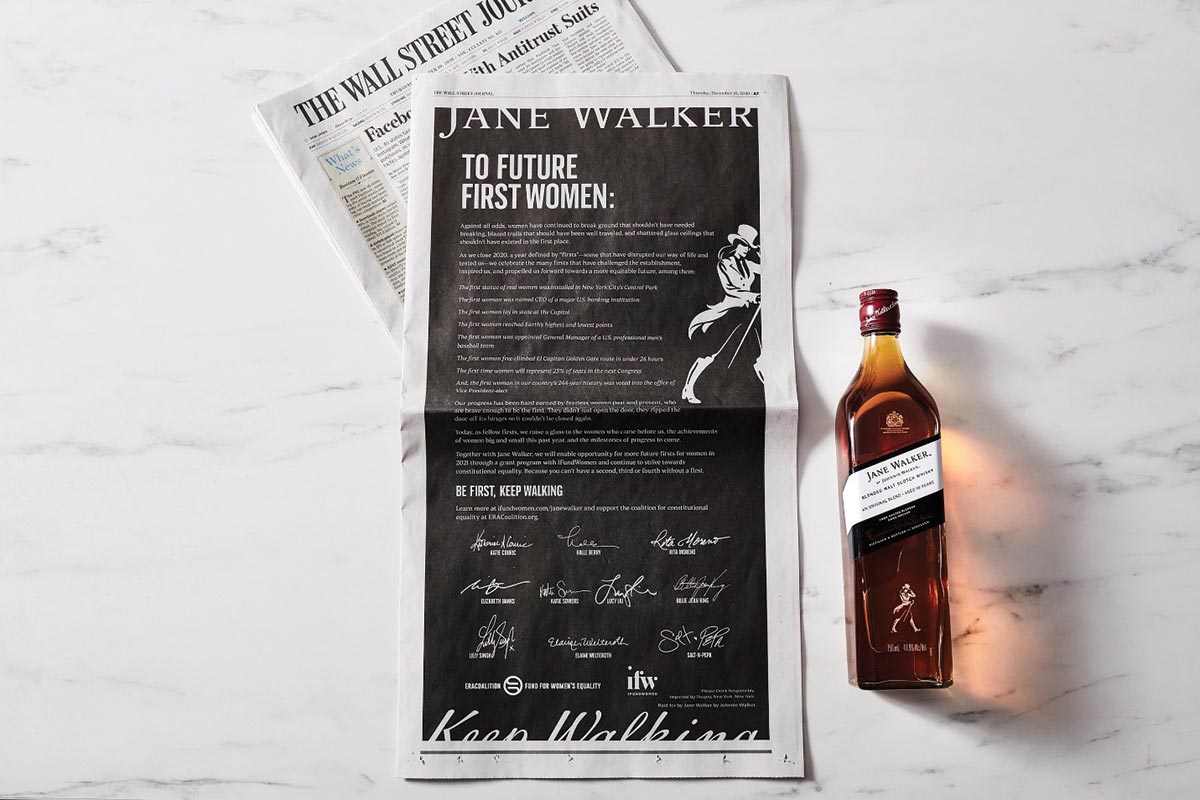 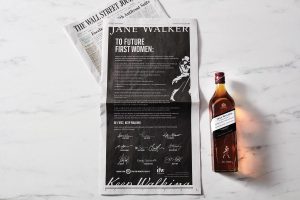 On Human Rights Day, Dec. 10, 2020, a day that observes the fundamental rights entitled to all human beings, Jane Walker – a symbol of the Johnnie Walker brand commitment to progress in gender equality – introduced its “First Women” campaign to celebrate boundary-breaking moments. In honor of the many firsts, including the first female Vice President-elect in the U.S.’s 244-year history, the campaign launched with an Open Letter in The New York Times, The Wall Street Journal and The Washington Post penned and signed by a network of trailblazing women. The letter acknowledges ambitions for women in 2021 and reiterates support of constitutional equality in collaboration with the ERA Coalition and its Fund for Women’s Equality. As part of the campaign, Jane Walker partnered with the women-owned business-funding marketplace IFundWomen, to provide grant funding to businesses identified in collaboration with the network of women icons, “supporting those on their journey towards a monumental first.”