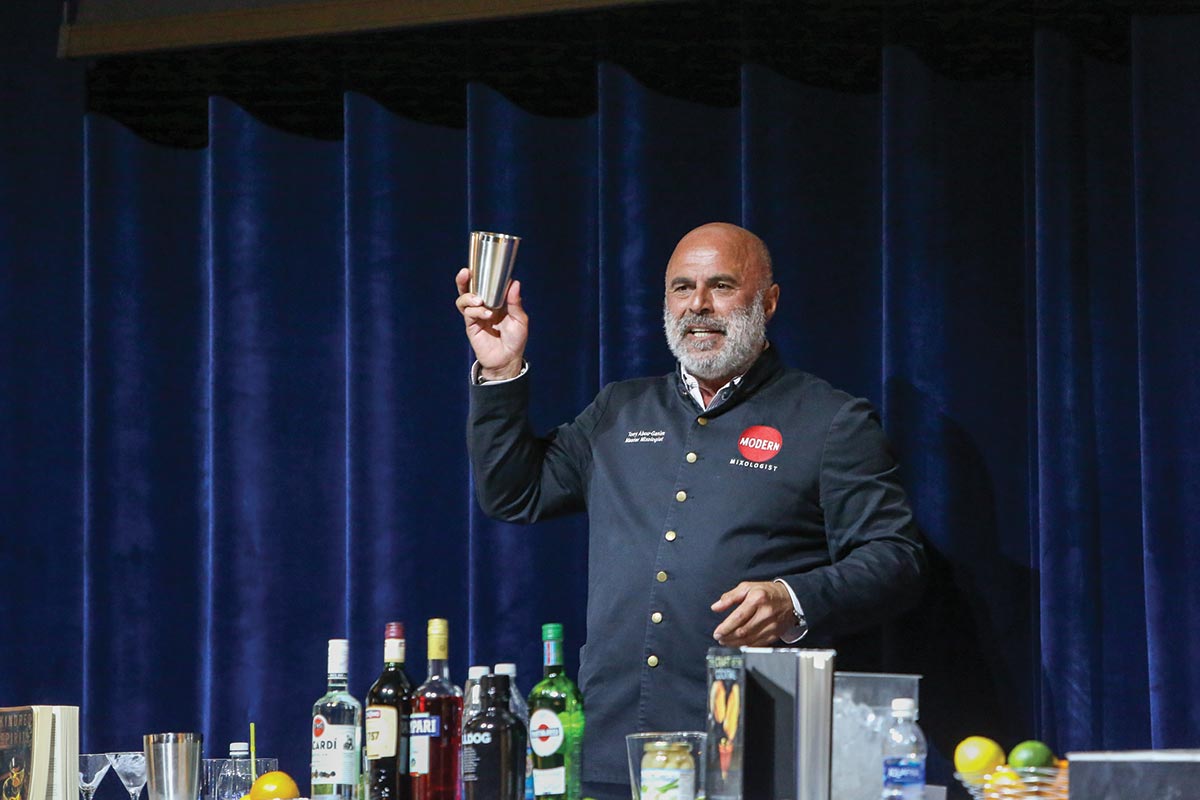 Renowned bar professional and author Tony Abou-Ganim gave a lecture on techniques and tactics from his book “The Modern Mixologist” at Johnson & Wales University in Providence on April 24. The lecture was followed by a book signing and reception for trade professionals, invited guests and Johnson & Wales faculty. Later in the evening, Abou-Ganim led Johnson & Wales students through a mixology class. Abou-Ganim has developed cocktail programs for numerous restaurants in San Francisco and New York, as well as for the Bellagio Hotel in Las Vegas. He operates his own beverage consulting business and serves as an ambassador for the United States Bartenders’ Guild (USBG) among other industry roles. 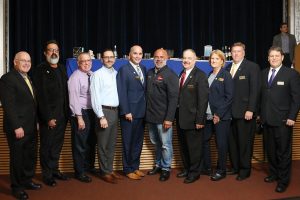 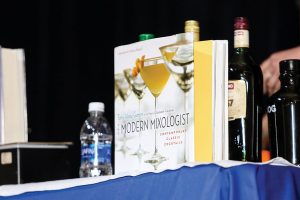 Tony Abou-Ganim gave a talk on the art of cocktail crafting at Johnson & Wales University in Providence on April 24. 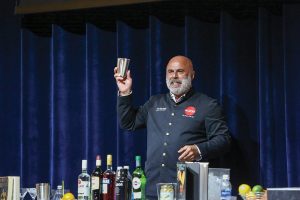 Tony Abou-Ganim, known throughout the world as the Original Modern Mixologist, is the author of two books and makes regular appearances on the “Today Show,” “Good Morning America” and “Iron Chef America.” 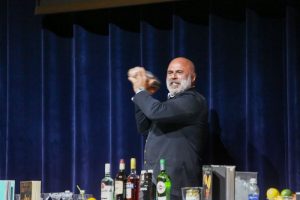 Abou-Ganim mixes it up for the crowd. 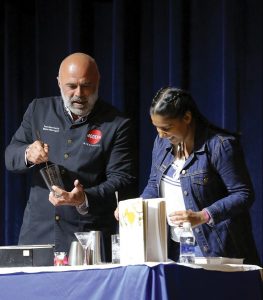 Abou-Ganim with a Johnson & Wales student during a cocktail crafting demonstration.