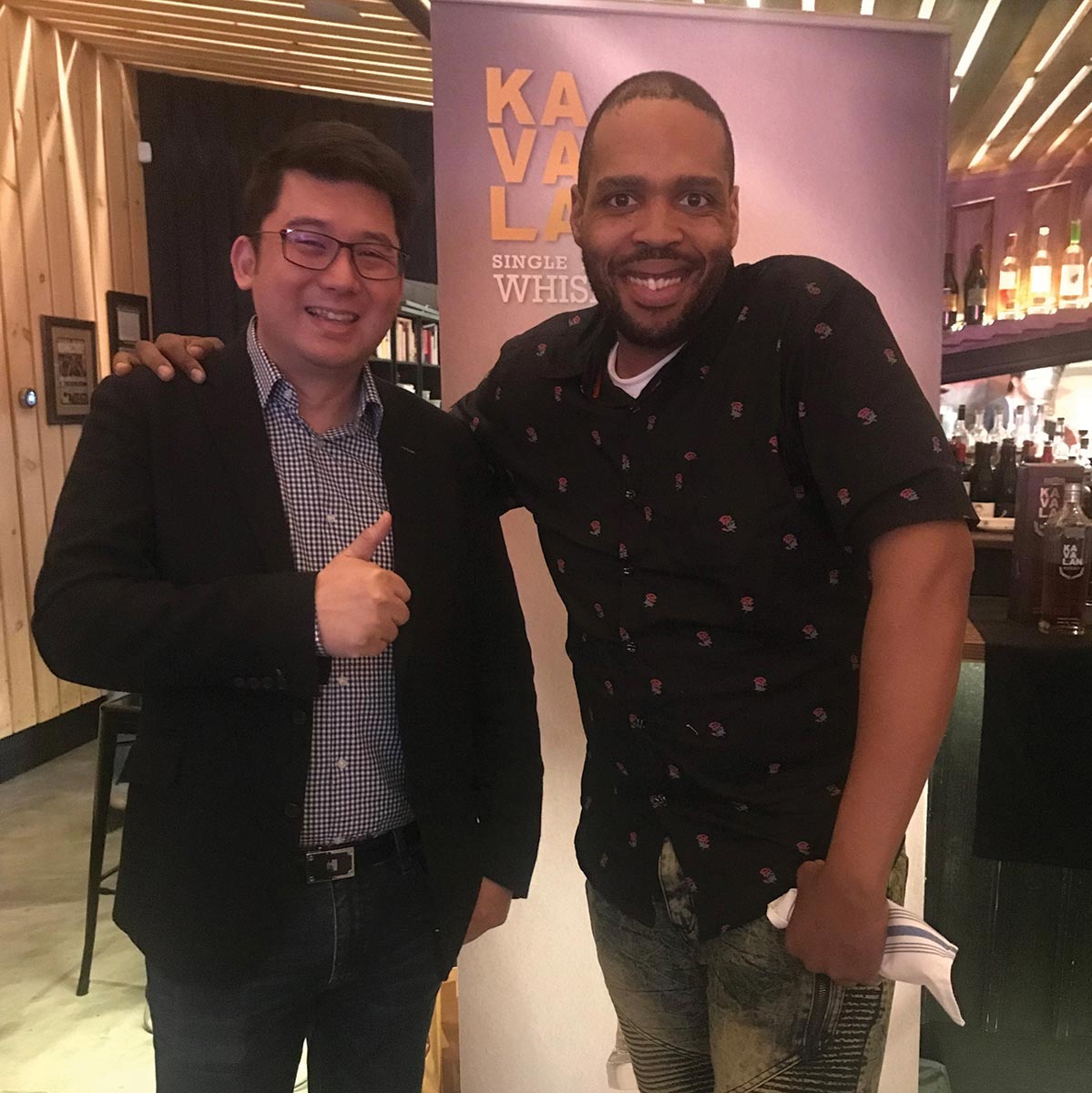 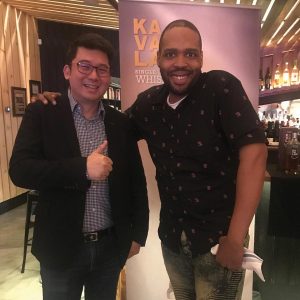 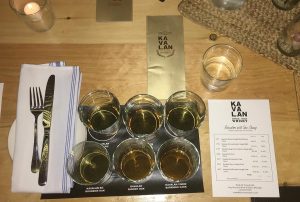 The tasting lineup during the Kavalan brand education session at Osa Restaurant on April 25. 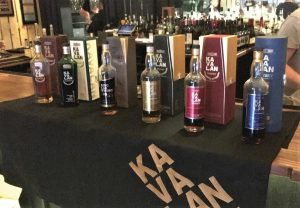 Established in 2005, award-winning Kavalan is Taiwan’s first whisky distillery and the nation’s only family-owned whisky distillery. It has been named the global “Distiller of the Year” at the 2017 International Wine and Spirits Competition (IWSC), among other honors, since its inception.