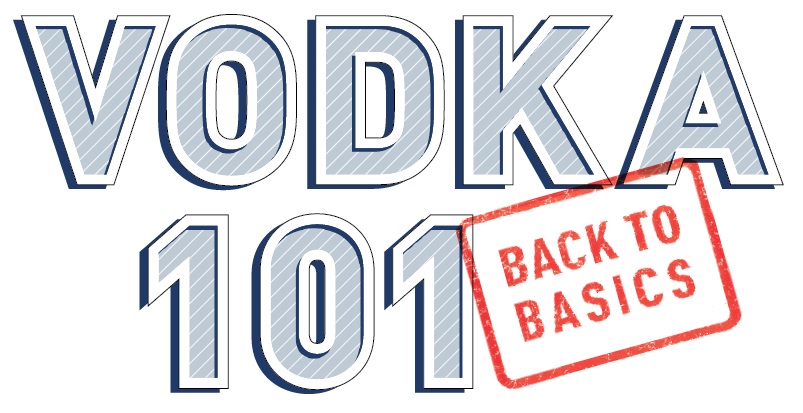 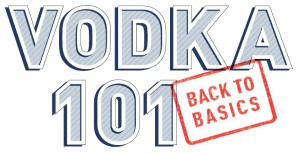 That’s because there’s no clear standard mandating from which starchy or sugary bases it must be fermented. That’s not to say there aren’t some standards in place. The European Union, for instance, sets the vodka ABV minimum at 37.5% (75 proof). On these shores, the TTB sets the ABV floor at 40% (80 proof). The U.S. regulatory agency defines the spirit as “neutral spirits distilled or treated after distillation with charcoal or other materials so as to be without distinctive character, aroma, taste or color.”

However, vodka’s complete lack of all of those things makes it the nearly perfect blank canvas on which mixologists can paint their masterpieces. Ask a group of cocktail crafters and enthusiasts, “What’s the most mixable spirit?” and at least nine out of 10 of them will likely answer, “Vodka.”

Where Is It produced?

Anywhere. There are no official region-of-origin protections for vodka (despite the best efforts of many former Eastern Bloc countries). Technically, a distiller in any part of the world can distill a spirit from just about any fermentable base and call it vodka. Despite that, it’s still very closely associated with countries in the “Vodka Belt”—especially Russia and other former members of the Soviet Union, as well as Poland and Nordic countries like Sweden and Finland. The rise of craft distilling in the U.S. has created a wave of new American interpretations of the spirit.

The word “vodka” derives from the word for “water” in many Slavic languages,voda. Adding “ka” to a Russian name makes it the diminutive form, as a form of familiarity and affection. So “vodka” is, essentially, but not directly, “little water” or “my dear water.”

An easier question to answer would be, “What’s it not made from?” If it’s got fermentable sugars, it’s pretty much fair game. However, the two classic bases are:

Distillers have also made vodka from beets, grapes, molasses, milk, apples, even hops. 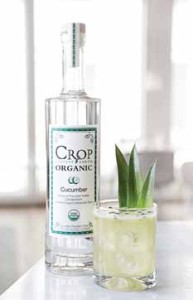 When making vodka, there is nowhere for the distiller to hide. With the goal of stripping away all extraneous flavor—and no barrel-aging to fall back on for development—the spirit’s purity is paramount. While some producers downplay the material used for pre-distillation  mash, others consider it critical.

For Crop Harvest Earth Vodka, the base is USDA certified organic grain, harvested from fertile soil free of artificial fertilizers, pesticides and chemicals. The purity of the mash sets the foundation for a pristine final spirit, which is also used for flavored expressions, infused with all natural Cucumber, Tomato or Meyer Lemon.

Combine with ice in shaker; pour into rocks glass. Garnish with pineapple fronds.

How is it made?

Production is deceptively crucial in vodka, as the name of the game is purity—whatever bells and whistles are employed lean toward stripping away flavor.

It’s hard to know where to begin because it’s probably the most common cocktail base there is. But here are a few:

Blood Mary: It wouldn’t be brunch without a good Bloody; and many a Bloody has been batched using the most basic of vodkas.

Vodka + Juice: The Screwdriver (with OJ), The Greyhound (grapefruit) and the Seabreeze (grapefruit and cranberry) are benchmarks; their easy-drinking popularity helped fruit-flavored vodkas make sense.

Vodka Martini: Many purists insist that gin is the only spirit for a Martini, but vodka is just as popular. (Doesn’t hurt that 007 typically orders his with vodka and “shaken, not stirred”—giving rise to another catchphrase that makes Martini fans cringe.) In its most basic form, the Vodka Martini is vodka and vermouth (typically dry), chilled with ice and then strained into a stemmed martini glass and garnished with olives.

Moscow Mule: Ginger beer (not ginger ale, mind you) and lime juice has both stood the test of time and inspired spin-offs; properly served in a rounded copper mug.

Harvey Wallbanger: Granted, the raison d’être of a Harvey Wallbanger is Galliano, but there is actually more vodka than liqueur in there. A hit in the ’70s, this drink was born in the 1950s, supposedly named after a surfer.

What are the latest vodka trends?

Water: The Difference-Maker. By law, all vodka must be diluted. After it has been brought down from its peak of at least 190 proof (95% ABV) during distillation to 80 proof (40% ABV) for bottling, the final product is effectively 60% water. It follows that a brand’s water source is critical to its character. Leaf Vodka is one notable supplier that not only stresses the importance of water, but proves its impact with a pair of flagship products made exactly the same way except for different water sources: one in Alaska, one in Colorado.

The distinctions are subtle, but to vodka lovers they are quite real, and for mixologists, experimenting with both can reveal pronounced distinctions in cocktails.

Fill highball glass with ice, and add vodka. Fill the rest of the glass with grapefruit juice to just below the rim. Garnish with lime.

Fill highball glass with ice, and add vodka. Fill the rest of the glass with orange juice to just below the rim. Top off with ginger ale. Garnish with orange.

Vodka By The Numbers:

Vodka Remains the top dog, commanding 32% of share of spirits consumption in the United States in 2015. The category has declined slightly over the past few years, but still leads whiskey by more than 11 Million cases. The decline in vodka is in the flavored sector, more than neutral. And, flavored vodka sales were down -5.9% in 2015 (SOURCE: 2016 IWSR U.S. Beverage Alcohol Review).

Authentic Ukraine. Much is made of vodka’s deep roots in Eastern Europe. In an interesting twist, Khortytsa is making the most of both Ukraine’s authentic distilling legacy and state-of-the art technology.

As is the case with many vodka producers, Khortytsa makes a range of expressions:

Khortytsa Platinum has excelled at the Ultimate Spirits Challenge for the past two years; 2015 judges called it “a winner on all levels.” Delicate and balanced, it is perfect for cocktails.

Khortytsa Ice is a game-changer: infused with mint, lime and menthol, it delivers exotic flavor and a feeling of coolness; plus the Ice bottle changes from frosted white to deep blue when the vodka is perfectly chilled.

Khortytsa Pepper Honey Hot pairs the piquancy of red peppers with sweet honey, and is Ukraine’s first vodka with peppercorns in the bottle.