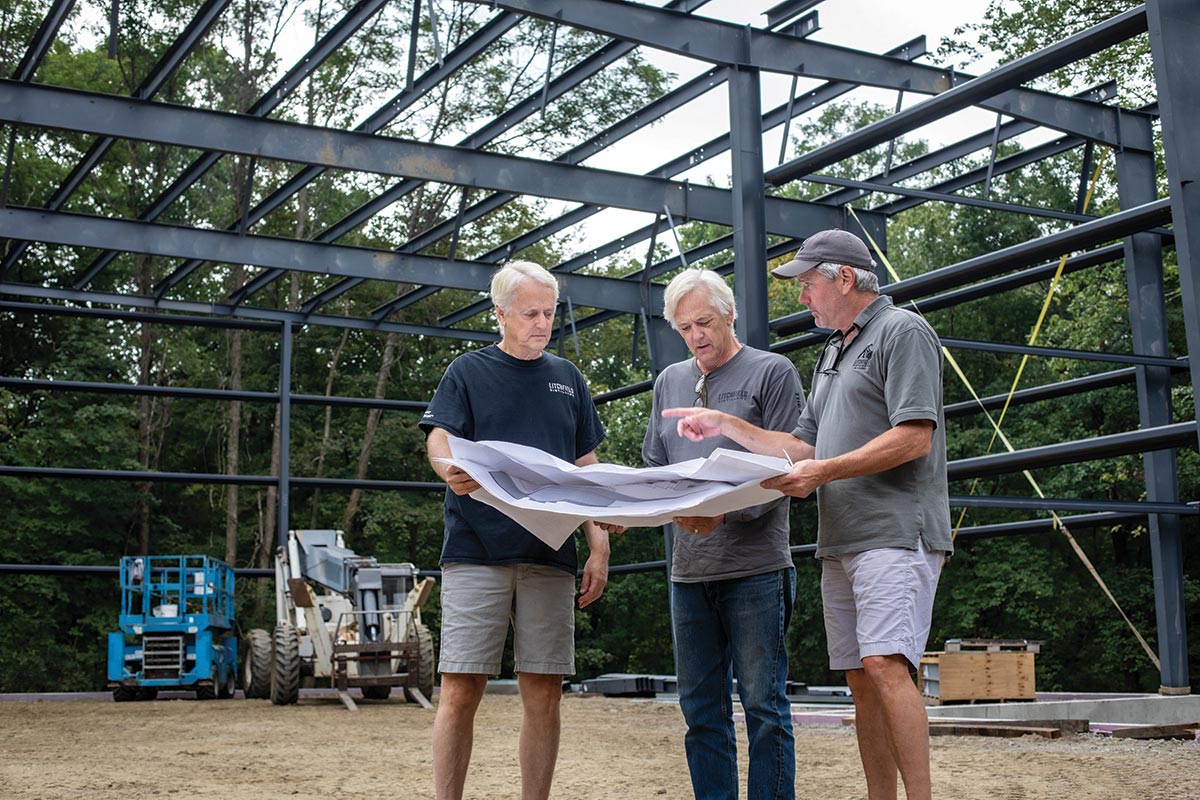 Litchfield Distillery continued the expansion of its facility with the construction of a new 7,000-square-foot warehouse, serving as its new rickhouse, according to Litchfield Distillery spokesperson, Tony Vengrove. The rickhouse will store the distillery’s approximately 950 barrels of bourbon whiskey, equal to 50,000 gallons of whiskey, distilled from more than 774,250 pounds of Connecticut-grown grains. “There are about 30,000 hours of hard work in these barrels, spanning seven years,” Vengrove said. “The distillery estimates they could make over 4.2 million cocktails with the bourbon resting in these barrels.” The distillery team, owned by brothers David, Jack and Peter Baker, also completed an expansion of its distillation line in the fall of 2021, doubling its production. The new rickhouse is open to the public as part of Litchfield Distillery’s free tours and tastings, which are offered to the public seven days a week. Several group visits in the early spring gave the distillery a chance to showcase the new construction, including Patrick Roy, First Selectman of Roxbury, and employees from the Town of Roxbury during a team-building trip and a visit from the Connecticut Association of Club Managers, who were treated to an in-depth tour, tasting and lunch. 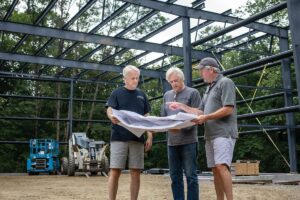 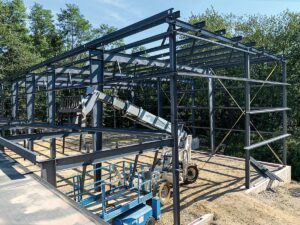 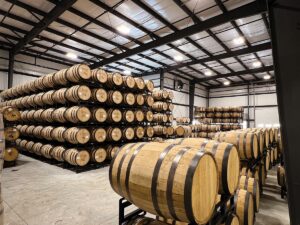 Barrels of Litchfield Distillery Bourbon in the new space. 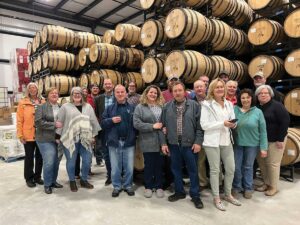 Patrick Roy, First Selectman of Roxbury and employees from the Town of Roxbury took a tour of the distillery during a team-building trip and visit in the early spring. 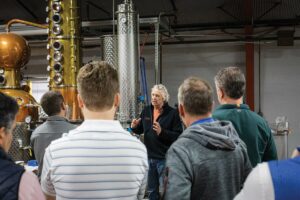 Jack Baker, leading a tour for the Connecticut Association of Club Managers, who were recently treated to an in-depth tour, tasting and lunch at the distillery.