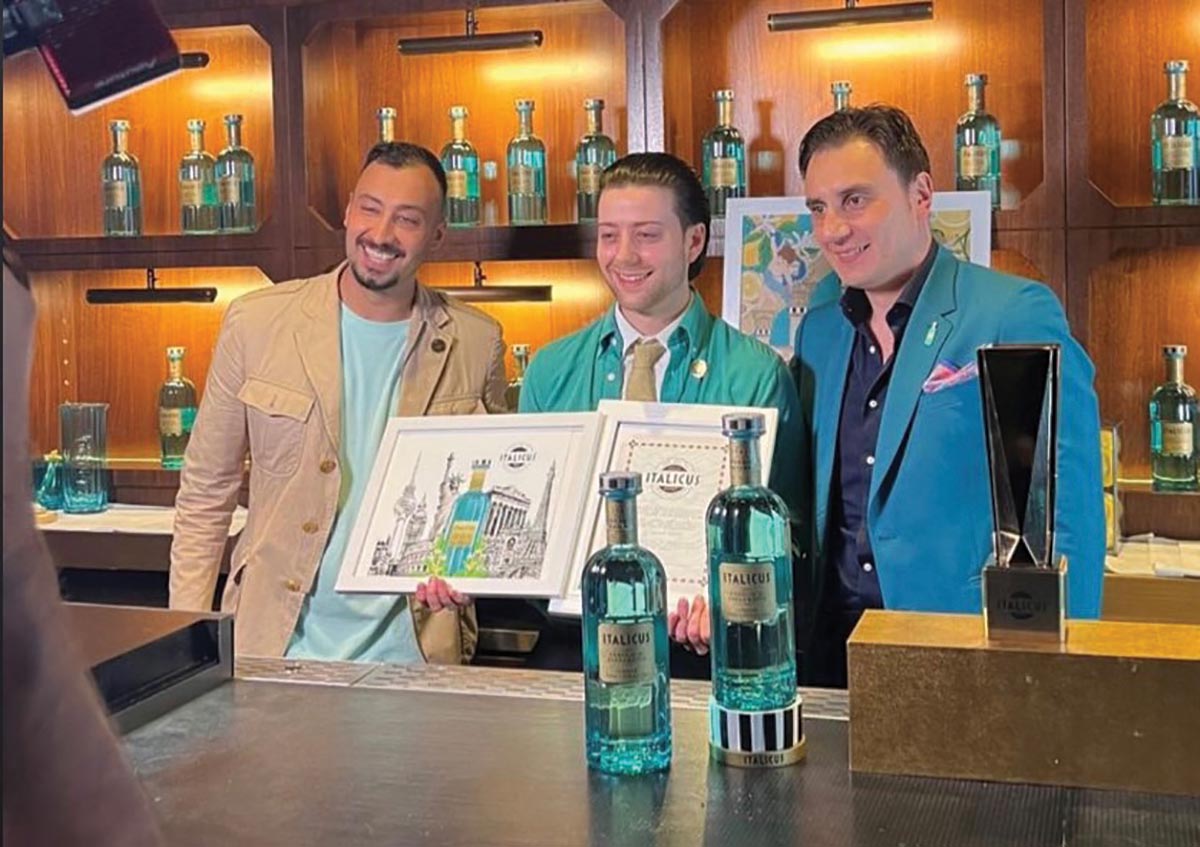 Korab (Kory) Loga, Bar Manager at Bella’Gio of Cheshire, was named national winner of the The Art of Italicus 2022 Aperitivo Challenge. Loga joined eight other national finalists in competition for the national title at the Kimpton Hotel Eventi in New York City on April 26, where he took first place for his cocktail, The Eternity. “The inspiration … came from my first experience in tasting Italicus,” Loga said, “and by aperitivo recipes from Ancient Rome.” The cocktail features Italicus Rosolio di Bergamotto as the base and an Acqua di Posca, or mineral water, which Loga infused with bergamot peel, Sorrento lemon peel, basil, rosemary, sage, sea salt, black pepper, Abruzzo saffron and leatherwood honey. He then added Trebbiano wine, bergamot juice and elderflower water sprayed around the glass. The cocktail takes its name from a Roman general who became and is known as Gladiator Maximus, quoted as saying, “What we do in life echoes in eternity.” Inspired by the look of the bottle, Loga also designed an art piece exemplifying the Colosseum, made with carefully hand cut Italicus bottle pieces. The competition, now in its fourth edition, challenges bartenders to create an original aperitivo-style cocktail recipe inspired by a work of art using at least 40ml of Italicus Rosolio di Bergamotto, which this year received more than 1,200 entries from 15 countries. Finalists from each competing country move on to the final in Rome for the title of Italicus Bar Artist of the Year. The winner will receive a trip to Barcelona, Spain for a Mentorship Program with Marc Alvarez, Director & Founder of Drink’s Atelier at SIPS bar in Barcelona. 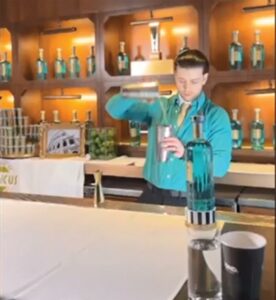 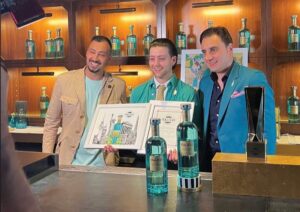 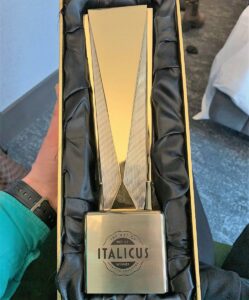 Korab (Kory) Loga, Bar Manager, Bella’Gio, earned the Italicus trophy as national winner of the The Art of Italicus 2022 Aperitivo Challenge, with its global final round held in Rome on May 29.